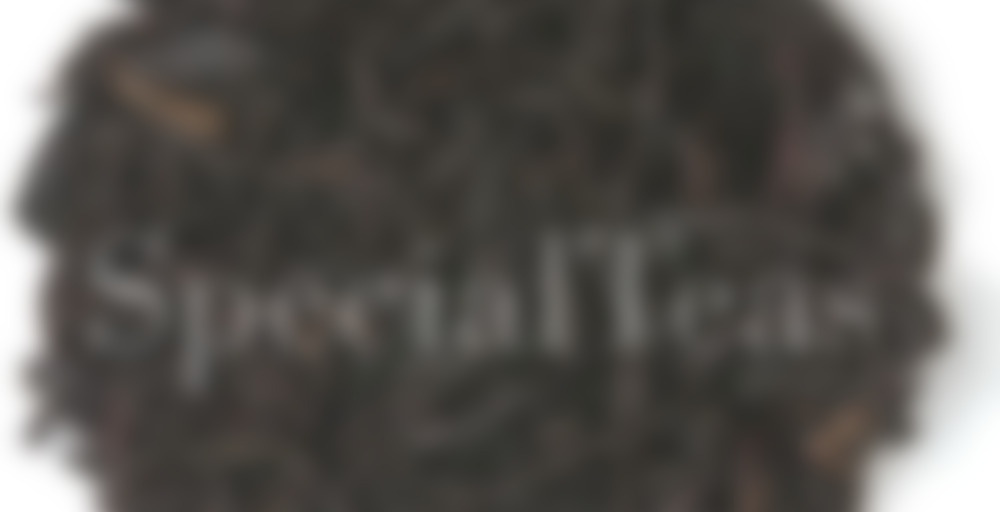 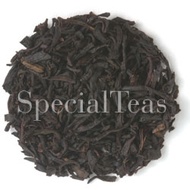 Second to last SpecialTeas sample. Since I started today with an Earl Grey crème, I thought I’d continue with the vanilla theme.

There’s not a strong vanilla scent in the packet. In fact, it’s almost chocolaty (there’s that vanilla-chocolate continuum thing again). I can see the little pieces of vanilla bean in the tea. The liquor is a pretty russet color. I get mostly tea in the steeped aroma, and it’s a hearty smell, deep, a little woody, a little fruity.

I used a lot of leaf as directed on the packet. It said 2 level tsps. for 6 oz of water, and I used a little less than that but still more than I’d use ordinarily. The result is a very strong tea with a beany (as opposed to creamy) vanilla flavor around the edges. I think it would be better without so much leaf, and I intend to try it with a normal amount next time.

There’s a definite beany vanilla in the aftertaste, but it doesn’t envelope the tea the way I wish it would. It’s a fine line between overpowering the tea and underpowering it. This one seems underpowered in the vanilla department. It’s still tasty, but it’s not a top vanilla pick.

Maybe that will change with a different amount of leaf. We’ll see. As with all of these SpecialTeas samples, I’m mildly relieved that I didn’t fall in love, given that the company no longer exists.

This is a decent tea. It’s not great, but it’s not bad either. The vanilla is a bit strong for my tastes, but a bit of milk and sugar really smoothes it out. What can I say? It’s warm and soothing and it’s tea. As with many of the flavored blacks, this is a good gateway tea.

Boiling 5 min, 0 sec
Yours I Like This
1 likes
1 comments
Edit

Have you done a side-by-side comparison with Harney Vanilla black tea yet?? Worth doing.