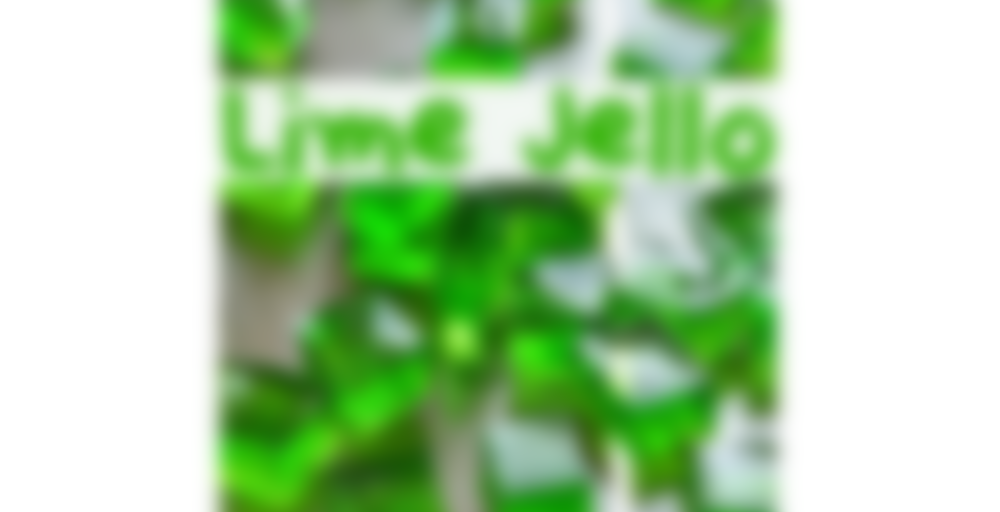 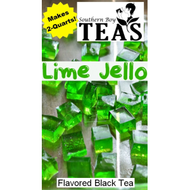 by Southern Boy Teas
83
You


Southern Boy Teas is a brand of Zoomdweebie’s, LLC, home of 52teas.com

Yay I’m getting allergy tested in a couple weeks. UGH a couple weeks, I finally realized ragweed is at it already and that’s why I’ve felt terrible for a week. I’ve never been allergy tested so it will be nice to know what exactly does bother me. Allergy season here sucks. I’ve tried honey, I hate taking antihistimines, so we’ll see.

The first of my flavor oils for lip balm have arrived…they smell soooo good and I was reminded of the fact I still have several of these teabags to use while the weather’s still lovely for iced tea. (Just kidding, I’ll drink it all year.)

Opening the bag smelled just like opening up a package of jello. It tastes a lot like it too. I really like the Lime Jello Salad green tea, and I think I still like it more, just because it has a creaminess to it.

This though, seriously it’s like the jello water from when you were sick as a kid, except far less cloying in flavor.

The addition of a couple drops of agave made it taste even more like jello, minus the weird texture! I will have no problem finishing this pitcher and then making another.

Poor you! Hope you do better when all ‘earth’ freezes over!

mmmm this sounds so good. Lime was always my fav!

You have my sympathy on the allergies, Amanda! I’ve been suffering too, & have on & off for years. I was allergy tested years ago (allergic to EVERYTHING), took the drops they gave forever, but to no avail. Hang in there!

this year it isn’t too bad for me. but when it is, this is what I take, you can find it at nutrition/health food stores. Only thing that works for me!
http://en.wikipedia.org/wiki/Quercetin

I cold-brewed this and drank it all day yesterday and having my very last glass today after mowing the lawn.

This is really good, although I prefer the green tea Lime Jello Salad version from 52Teas better. The green tea seemed to go perfectly with the flavors. But this is very good, very refreshing, and very smooth. Sweet and pleasingly tart. Nice.

Since my huge package of tea from Amanda arrived today, I decided to try a bunch of things from this latest box (to kind of get a head start on it before taking it upstairs…!)

Picked this to try iced today. Brewed up in 2 cups of water and chilled it in the fridge. I’m drinking about a 1:1 mixture of it right now. I don’t think the teabags brew up quite as strong as I would like them to. Anyhow, it’s definitely limey, and I can taste a bit of the black base, but I’m almost getting a strange chloriney flavour with it. It’s a bit disconcerting. Kind of like smelling pool water. So this one’s definitely not my favourite, although for a lime lover who doesn’t smell chlorine, this is probably pretty tasty! Glad I only had Amanda pick up one of these for me though :)

I don’t get chlorine from this at all. It’s just yummy lime goodness!

Made a 1/2 gallon of this following the directions and added my normal amount of sugar, and finished the last bit off yesterday night.

I don’t know why I didn’t write a note on this earlier – I liked it well enough. I played the ‘guess what this smells like’ game with the boyfriend and he rather quickly pinpointed the lime note (not that it’s really hard to with this). He didn’t get the jello and I don’t know that it’s something you can smell so much as notice in the texture – this iced tea tastes thicker somehow, like the jello liquid was infused into the tea itself.

I love lime in my iced tea – it’s quite preferable to lemon to me. I tried a Persian lime iced tea earlier in the summer and between the two I do like that one a bit more, because it tastes a bit more natural. Still, the convenience of a ready made bag of good (not CTC) tea has been a wonderful luxury, so I’m rating this up there with the other SBT’s. I think I’ll try the Pear one next…

This is a nice tea. Its not MY personal favorite of the SBT line but hey that does not mean it is any less YUM! I do like how it KIND of reminds me of a margarita and Im down with that especially since I do not drink anymore!
Had it today with some mexican food which is totally awesome as our yearly fiesta is going on in town.
Its a refreshing drink and palate cleansing at the same time yet has plenty of ripe juicy flavor!
I bet this would be KILLER with some sugar added!

A crazed Lime Jello Salad green fan, I’ve been curious to see how this one compares. That day has finally come.

I had a hunch it wouldn’t be as good seeing that there is no marshmallow in this. But the base is a success. It works very well with the lime. Gives it a little more edge. But I still prefer the green tea + marshmallow combination. It’s dreamy times.

Not my favourite SBT (it’s Rainbow Sherbet for me) but I’d say this comes in second.

I really feel like lime right now. Not sure why, but lime just sounds so good. I also want to do something that is minimal effort so I don’t have to keep washing out my tea paraphernalia to brew another cup of something. Plus, it’s finally summer weather!! Iced tea sounds like just the thing!

This tea bag was purchased last year, but I don’t think that’s affected its quality or strength since it’s been sealed in the original, airtight packaging. The dry leaves smell really lime-y! Ooooh, I can’t wait!

I certainly have gotten better at making iced tea since my first time with SBT’s Cotton Candy. This was super easy! Why don’t I make iced tea more often? For whatever reason, I bought 7 of the 8 flavors released last year and then didn’t make half of them! Silly me. But the time has finally come for Lime Jello!!

Mmmmm, this tea is pure lime goodness! I added sweetener and that’s when it really came alive. Lime and black tea were just made for each other! Waaaay better than lemon and black tea. ;)

Looks like Frank hasn’t re-released this one yet. I hope he does! This is a GREAT tea, especially for only $3!!! This tea really doesn’t get enough credit. It’s super lime-y (and not in an artificial way), amazingly tastes just like jello in liquid tea form, and is simply super delicious! Thanks for making this Frank, now bring it back!!!

Totally forgot that I had iced tea pouches. I made this one today because well you know… Lime Jello. The aroma of the dry leaf kind of reminds me of counter cleaner. But after it’s steeped it mellows out. The flavor is nice. Sweet, juicy, and filled with lime goodness. I enjoy this one but it’s not my favorite.

This was today’s iced tea for work. It got the usual SBT treatment.

It’s one I’ve tried before, so I wasn’t too concerned about being too busy to note my impressions. What I noticed immediately, though, was that this one hardly has any flavour at all. No lime, certainly. Weirdly, I could taste ginger a little…and black tea.

I’m going to leave my rating for this one as it is, because this wasn’t the experience I had last time I tried it. Very odd.

OK. First let me say that I love the packaging. The foil pouches are the perfect size, have great labels, can be stuffed into any drawer for storage, and are air impervious. The tea bag inside is so very convenient. Love it.

I brewed this package the way I brew nearly all iced tea (yes, I just ignored the instructions). I poured 3 quarts (it’s the size of my saucepan) of near boiling water over the bag, steeped for 3 minutes, and put the pitcher in the refrigerator. I then read the instructions and saw it recommended 2 quarts. Oops. Have to say I don’t think the taste suffered too much for the extra dilution. It is yummy. Great lime flavor. Great iced tea. It’s not quite as good as one of my favorites, Lime Jello Salad Green, though. I would definitely buy again. I can’t wait to try the other iced tea series flavors.