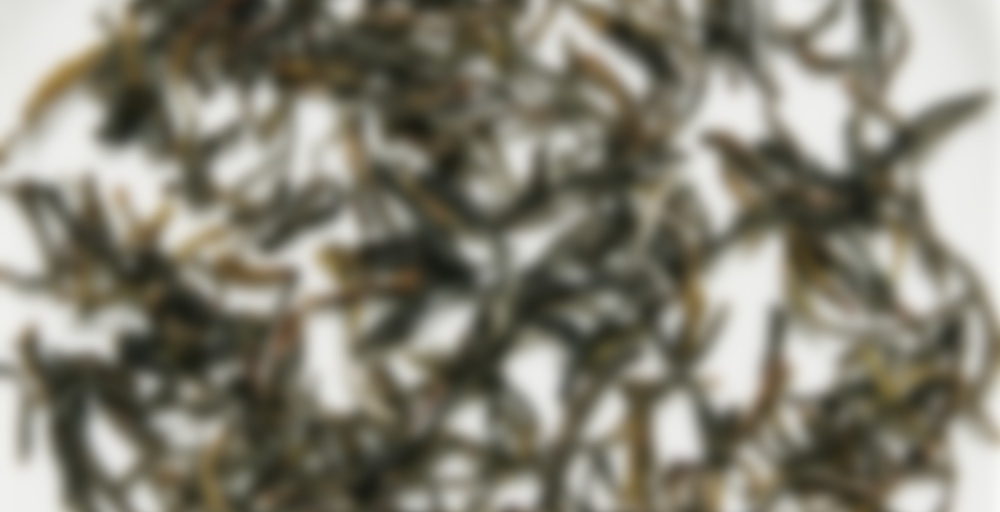 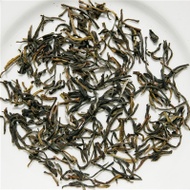 by Single Origin Teas
81
You

Grown in the esteemed Uva region, Idulgashinna offers a delicious organic fair-trade green tea. While Sri Lanka is not normally known for green teas, this light brew offers a rich green flavor with a fruitiness that reminds us of lychees. With a pan-drying finish it certainly can’t be called delicate!

Idulgashinna is a small bio-dynamic tea estate, located above 3,000 feet. This organic estate is committed to fine teas while also providing ethical jobs for its workers. This estate is certainly one of the jewels of Sri Lanka, though often gets over-looked!

I must have just hit the sweet spot with this one. Steep was 3 minutes and the temp was around 195 F. The wet leaf takes on what I often call a beef stew aroma, others call it artichoke. I’ve never had artichoke so I’ll take their word for it. BUT on top of that wonderful green aroma this time I noticed an awesome floral note. I think Amanda called it orange flowers – yes exactly! When I sipped the hot cup my first reaction was beer but not really. Wine but not really. Good definitely. As it cools it becomes closer to the bi luo chun I had this morning but with a strong fruit/floral thing going on. Single Origin Teas says it reminds them of lychee. I have some lychee tea in my possession but have not tried it yet. To me it is almost mango or something. I did lightly sweeten this so maybe that is why all these new flavors are popping out. A truly cool tea that kept me interested the entire cup.

Since I had previously scored this I am going to boost the number a bit because this is very good. Even better than I remembered.

A very neat tea! I admittedly drink more Chinese and Japanese greens, so I was excited to try this fair trade, organic Sri Lanka tea out.

I didn’t get the leather notes others described, but I got some fantastic lychee and floral flavors!
Especially in the resteep, the lychee flavor tasted like all the milk out of a lychee was extracted into this tea. This tea is backed up with a stern grassy flavor that add some strength, as well as some bitterness to this tea.

Full review on my blog, The Oolong Owl http://oolongowl.com/idulgashinna-ceylon-green-tea-single-origin-teas-oolong-owl-tea-review/

This was the first tea James let us try at our impromptu tasting session on Tuesday.

It’s a very nice green. Lightly fruity, with a bit of toasty leather to it. Greens are not my thing, really, so I’m not putting a numeric rating on this. My mother quite liked it though and she does like several different greens. :)

I was experimenting with fruit infused teas again, so I put about a tablespoon of this tea with orange slices in my water bottle and cold brewed it. I think that this tea was a little too delicate because the orange really overpowered the green tea. However, I could definitely tell that there was something more than just orange-flavored water there. I probably won’t use this tea with other fruits, but on its own and with lots of leaf, it can make a good cold brew.

I’m going to steal this idea! Peaches are just coming into season in our farmers market. Fresh peaches + any tea = win

This is a super late blog for me, but I was so distracted earlier! It was one of those days where I felt overwhelmed by stuff to do and just life, but I was given a gift of thunderstorms by nature so that made things much better. Now that the world is quiet I can focus on writing my daily review! Today I am reviewing a tea that was sent to me by the lovely Single Origin Teas, a company that loves to supply teas from all around the world, plus they have awesome recyclable bags made from recycled paper. Awesome!

Idulgashinna Ceylon Green Organic is a Green tea from the Uva region of Sri Lanka, a region that is more known for its Black teas. I tried a Green Ceylon a few months ago (It made a really good iced tea) and was excited to try this one, I was very surprised when I noticed the teas were completely different, exciting! The aroma is very mild and green, like fresh grass and citrus leaves. Similar to Ceylon Black teas it has the slightly tangy, citrus aroma that makes them very brisk and invigorating, but it brings in a floral aroma similar to orange blossoms.

Once I put these beautiful leaves in their nice sauna the aroma takes on a slight chestnut aroma that mixes with a bit of an artichoke aroma. There is still the hint of orange flowers but it is a bit of a whisper at the end, like a breeze bringing in a distant blooming flower’s aroma through an open window. Once the leaves have been removed (they are still really lovely to look at) the liquid has a sweet aroma with a bit of a tangy citrus note. I do not notice any real vegetal aroma in the liquid, it has stayed in the leaves.

Surprise! I love surprises and the taste is certainly a pleasant one. The taste is honey sweet with citrus notes, the website states that the taste is reminiscent of Lychee and I completely agree (I should note that I tend to not read the tasting notes on teas before I taste them, the power of suggestion might taint me!! I just noticed this when I added the above link and thought it was awesome). There is a slight note of floral, it is orange blossom and very light, finishing with a tiny bit of the astringency that compliments the other flavors really well. There is a floral aftertaste that finishes the whole experience with a smile. As the tea cools the aftertaste becomes vegetal and less floral. This tea has a very fascinating quality where it is intensely delicious while still being very mild, I really enjoy it and I think it will help when I am craving Lychees and cannot find any fresh ones.

This is such a unique tea. It’s broth-y but sweet. There are vegetal notes followed by citrus notes which is a lovely combination. The vegetal notes leaned more toward green bean for me, but at times there was an artichoke flavor. There’s an over all clean feeling to the tea with no aftertaste, and no bitterness.

from the (Mostly) Unflavored TTB

I’m not sure about this tea. I feel like there’s probably a sweet spot magic for this tea because I didn’t get much from it. It was decent, but after reading other people’s reviews after I finished my cup, I wasn’t getting any of these flavors they were talking about. So I tried a longer second infusion and still none of what they were writing about.

So this one was easy drinking and decent, but nothing special or amazing for me. Maybe hotter would have been better? I dunno.

MzPriss’ Unflavored Tea Box – Tea #28
This tea was a little tough for my tastebuds to figure out. It had a lighter green tea flavor, a bit on the tangy side. Slightly vegetal. I should have kept enough to try another cup, I doubt I steeped this one correctly. The flavor was too light for me to have much to say.
Steep #1 // 1 tsp // 30 min after boiling // 2 1/2 min

Its not a very strong tea, which is actually one of the reasons we went with it. I tried a couple “strong” green teas from Sri Lanka…and they were so bitter and over-powering that I couldn’t taste anything else for days!

First steep: The aroma of the tea is kind of like Laoshan Green—it’s beany. The taste doesn’t quite match. It’s savory and a little grassy. There’s a fruitiness that reminds me of lychee fruit and citrus…as I’ve said in other notes, I often think of colors when I’m tasting something. Especially tea. This one is like citrus because it makes me think of citrus colors: bright green, yellow, and orange…it doesn’t necessarily make me think of citrus fruits. It’s bright with a savory-bitter background that’s like vegetables. There’s a floral creaminess to the aftertaste, but it’s not very noticeable.

Second steep: It smells like…squash? There’s a little more tang and a little more vegetable in this cup. The citrus/lychee is stronger, too. It softens at the end of each sip, turning once more into a flowery, creamy flavor. Predominantly it’s grassy and vegetal. I left it to cool and returned when it was lukewarm. The cooler temperature made it seem more creamy, with a bean-like softness to it. This makes me wonder how it would taste cold-brewed.

This was such an interesting green tea, not at all like the Japanese greens that I drink on a regular basis. I’m not sure that I’ve had another green tea quite like it, but I do know that this is the first opportunity for me to try a green from Ceylon, they aren’t generally known for producing them. I think what was most surprising to me about this tea is how heavily it smelled like lychee once steeped. I recently finished up a lychee flavored oolong that didn’t smell this strong even with the added flavoring. It wasn’t until my third cup of this tea that realized that it actually reminds me somewhat of an oolong because of the floral notes that peak through the strong lychee flavor.