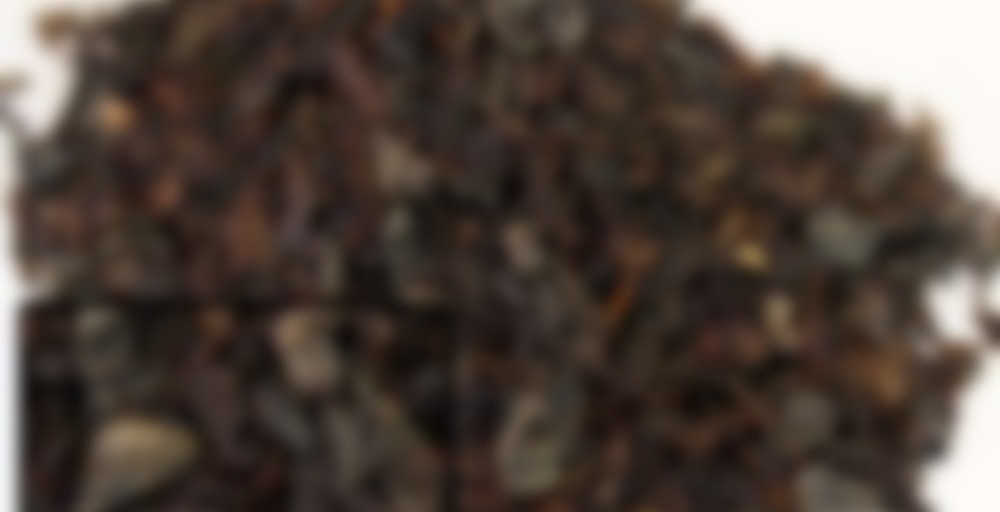 Green & Black combines teas from Taiwan, China and India that produces a light amber cup with an earthy, brisk taste and a light oak finish. A wonderful brew to enjoy with your afternoon tea!

This blend is a mixture of green and black teas from China, India, and Taiwan. It is one of Simpson & Vail’s 15 original blends, going back to the early part of the twentieth century. Actually, these original blends predate Simpson & Vail in its current form by perhaps a decade or more. Simpson & Vail was originally a coffee seller operating under the name Augustus M. Walbridge, Inc. in New York. At some point in its early years, the business also started selling tea, and in 1929, the original owner, Augustus M. Walbridge, sold to his accountant and tea taster, and the current business was born. By this time, these original blends were already in existence.

I prepared this particular tea blend using the one step Western infusion I favor for so many black teas and tea blends. I steeped 1 teaspoon of loose leaf material in 8 ounces of 190 F water for 3 minutes. As usual, I did not attempt additional infusions.

Prior to infusion, I noticed that the dry leaves produced a slightly smoky aroma. After infusion, I noticed a fairly strong aroma that was both vegetal and smoky with a hint of spice. In the mouth, I detected notes of pine, smoke, roasted vegetables, roasted barley, and spice. I also got a hint of salt, which provided a brothy note that was especially evident on the finish.

As odd as it sounds, this blend kind of worked for me. It was not particularly complex, but it was both filling and pleasant. I imagine that many contemporary tea blenders would not produce a similar product. This type of blend is very much a product of its era. I found myself thinking of it as “old lady tea” because it just seems like the kind of tea that older women or older people in general would have been drinking in the middle years of the twentieth century. Now that there is so much more variety on the market, blends like this seem to have fallen by the wayside, but I still found some simple pleasures here. I would recommend this blend to those looking for something approachable and filling and/or those looking to get an idea of what vendors were producing in the early years of the previous century.