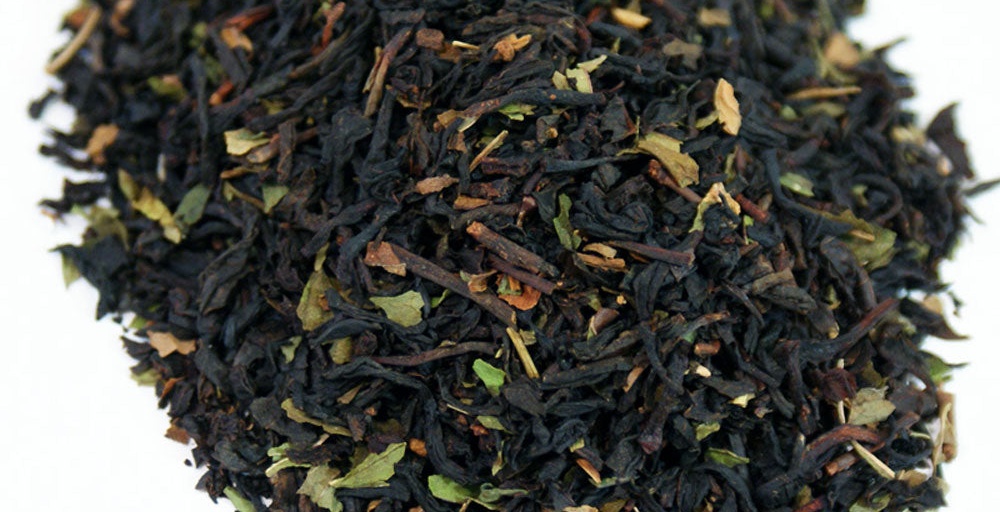 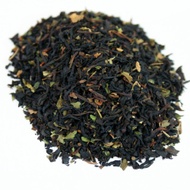 For a refreshing, delicious tea that tastes like a sinful dessert, but doesn’t have all the calories, we’ve taken the decadent flavor of dark chocolate and delicately blended it with the intriguing, subtle mint sweetness of Spearmint. Perfect for an afternoon treat!

This is my library tea. Brings me back to the spring when I was ripping through my first pouch of Della Terra’s Shamrocks and Shenanigans whilst tying up the school year amidst bookery and such.

Interestingly enough, this tastes better in my Timolino. Or maybe I just watched the steeping parameters more closely this time. Or the west coast water is changing the flavour profile. Too many variables at play here. Nevertheless, it’s refreshingly minty, the base isn’t too astringent or bold, and the chocolate is sort of there, sort of not.

Upping the rating from 72 since I realize that I rated previous things higher which obviously aren’t as good. On that note, thanks to the web designers/administrators/Steepster creators for the nifty rating bar which marks off where you rated the previous five teas. Truly helpful, at least for me.

I had too much sherbet at lunch so I had a bit of a tummyache. And I’m out of Moroccan Mint, which is generally a staple for me, and great for gut-rot. I decided to haul this one out, hoping it would do the trick. Anyway, the taste is mostly of chocolate, with a minty aftertaste. It’s delicious, but I would like it better if it were mintier. I don’t get the taste of the black tea in the background at all. I’ll probably use this up or give/trade some away but it won’t be a go-to like the Moroccan Mint is.

I decided to give this tea another shot. I made a pitcher of iced tea with it, and honestly, that’s where it really shines. It is far, far better cold than hot. Iced with a little sugar, the chocolate and mint flavors both come out a bit more. Not quite “Thin Mint”, but close enough.

Bumping up the rating a little.

Another tea I haven’t tried before. I generally enjoy chocolate mint teas, but it has been a while since I had one from any company.

In the tin I get a definite Girl Scout thin mint aroma. The steeped tea has a flatter, less powerful and more “spread out” aroma. The color is the same as pretty much all the other Simpson & Vails, medium brown, clear, reddish. I assume that has to do with a common tea base.

The flavor is unfortunately, somewhat disappointing. It’s just way too subtle in the chocolate department. And frankly, in the mint department as well. I was hoping for thin mints in a cup, and I got something that reminds me a lot of what I didn’t like about the Kusmi chocolate teas, including their chocolate mint. But I give it a few more points for having a nice balance, despite the subtlety.

It won’t be hard to sip down, it’s just that one of my rules in life is chocolate should never be subtle. ;-)

Try #1 got botched by BCAA showing up to jump my (now-former) car, so now I’m drinking try #2. Dunno what I did this time around (as opposed to last time), however I’m getting chocolate juiciness with a hint of mint. It’s really delicious today!

I just have time for a quick review of this tea before my meeting that starts in 3 minutes. I drank this while finishing my presentation for said meeting, which completed 15 minutes ago because I live in the land of procrastination where I rule as queen. Anyway, at first sniff I was like “Holy mint monkeys!”, but the taste was much more tame. It was pretty much exactly as you’d expect? Chocolate, mint, tea. It left a funny taste in my mouth, but that could have been adrenaline from trying to beat my deadline. I’d have to say in the rankings of chocolate mint tea, it’d have to go:
1. Read my lips- DT
2. Chocolate mint- H&S
3. Chocolate mint- S&V

This was my first S&V tea though! Thanks Miss B for putting it in the grab bag!

Oh yay! Glad you enjoyed it. I’m sure the presentation will go swimmingly. :)

I am enjoying trying all the teas you sent. You are really good at putting together surprise boxes! The presentation did go well- the boss is happy and thinks I can start writing a paper for publication soon!! Check your messages :-)

If you are the queen then I’m the court jester in the land of procrastination!