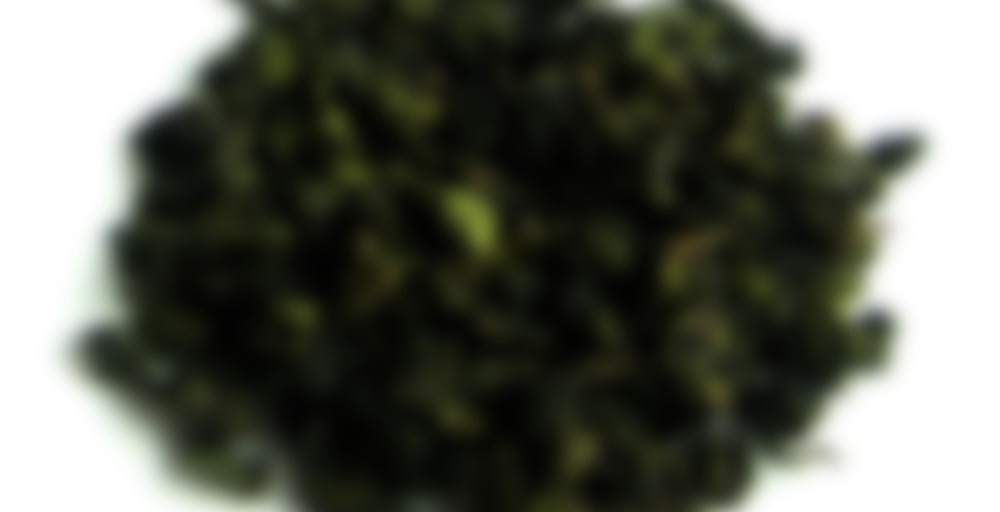 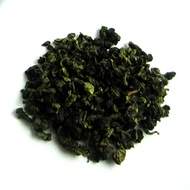 by Silk Road Teas
75
You

A lightly oxidized, very aromatic Oolong made from a cultivar of An Xi Region. This varietal offers a sweet aroma and wonderful fruity cup. The name does the tea no favor! Well-crafted, a bright green color yet subtley oxidized, it offers a complex and refreshing taste. Rinse briefly, then steep 1-2 minutes, water 195-200 degrees.

My first hairy crab oolong so I don’t really have anything else to compare this one to. I picked this one up at the Bulk section of Whole Foods to try this afternoon. Some other descriptions I’ve read of hairy crab oolongs say they have a floral perfume but I did not pick that up here, thankfully ;)

About 90 seconds of steeping time in near boiling water yielded me a golden-green color of tea. I am pretty fond of this one actually. It is brothy and rich with a touch of honey flavor. Lightly oxidized Chinese and Taiwanese oolongs are fast becoming my favorite tea for the afternoon and I really like drinking them out of a glass mug to admire their delicate colors. There is no need to add milk or sugar since they are really delightful on their own. I will definitely need to do some more experiments with hairy crabs from different companies.

One of my favorite teas, though I often use a little extra to get a good flavor. It is a light tasting tea, and very subtle. Great for a relaxed Sunday morning.

I purchased this sample at a co-op in San Francisco that derk told me about, back in… 2018, I believe? (I don’t think I’ve even been able to get back out to California, where my best friend lives, since that time…) I drank a cuppa western yesterday morning, but decided to gong fu brew it this morning (What?! Two gong fu sessions this month?!) Just enough leaf left for one more western brew, as well.

Using as my (final!) March sipdown prompt, “a tea with spinach/artichoke notes.”

The leaf after the rinse has a strong sour vegetal aroma (an amalgamation of kale, spinach, and basil), and the leaf has expanded so much it fills my tiny pumpkin teapot! The tea on the other hand smells sweet and floral… lilacs, honey, and cream. The flavor tastes a bit perfumy on the first infusion, with a strong sharpness at the end of the sip and a coating, somewhat oily floral left on the tongue. Second steep was the same, leaving me to question if I just haven’t figured out leaf ratios for gong fu correctly since my western cup was smooth smooth smoooooooooth without any sourness or overly-obnoxious floral. Third steep was a bit more mild, but still more astringent than I prefer… the floral, however, had subsided a bit and vegetal notes started to come out, a bit of a spinachy/garden peas note. On the fourth infusion I decided to cut back the infusion time rather than increase it, which helped some, but I still wasn’t a fan of the thickly floral aftertaste.

I finished out the water I’d boiled at six steeps. Perhaps I botched this gong fu session, but I preferred the western cup, which was a very smooth cup with that lovely lilac cream aroma, with a warm garden peas/spinach vegetal note followed by honeyed cream and soft lilacs, and absolutely no sour or astringent notes. Rating is based on the pleasant western brew rather than this lackluster gong fu session. I’m glad I still have enough leaf left to do another western brew cup!

Looking back at my old note, and reading yours, I should’ve tried this western! Not all oolong are best in tiny teapots. Happy Belated, btw!

I seem to have it in my head that I typically am “doing tea wrong” because I prefer to western brew over gong fu brew, and that certain tea types in particular (like puerh or oolong) really must be done gong fu. I think this is proof I need to get out of my head so much! (Or I need to figure out how to “gong fu better,” heh.)

Moving through the teas I picked up yesterday.

The dry leaf smelled kind of light with notes of spinach, white floral, cream and sugarcane. The liquor started quite fragrant and was light- to medium-bodied with toasted rice, a brightness like citrus and some astringency. The second steep (lol I said belied – removed) suggested the flavors of the rest of the session with buttery toasted rice and corn, tartness, a slight metallic tone and a pretty strong aftertaste of buttery cooked peaches/apricots and generic sourness that lasts. Bottom of the cup scent of sugarcane. The astringency and tartness continued to grow to unenjoyable levels, so I cut it off after a 1-minute brew.

This was my first Mao Xie and could be my last but I’ll have no problem finishing the rest of the bag since it’s a small amount. I guess I’m just not too much a fan of rolled Chinese oolong, but somebody who appreciates their profile more than I do might also enjoy this one.

A shout out from a fellow tea drinker who is also not the biggest fan of balled oolongs. I would still suggest trying a couple more of Hairy Crab oolongs. Some that I tried are pretty good and did not have that astringency that put you off but instead had a lot of grass and flowers with a good dose of sweetness. Mao Xies tend to be pretty inexpensive and mass-produced so encountering a disappointing one is not uncommon but the good ones are quite pleasant in their own cheerful way.

I’ll try Mao Xie again if I come across a high-grade production. Unlikely?

Decent. Could take it or leave it. Great aroma though.