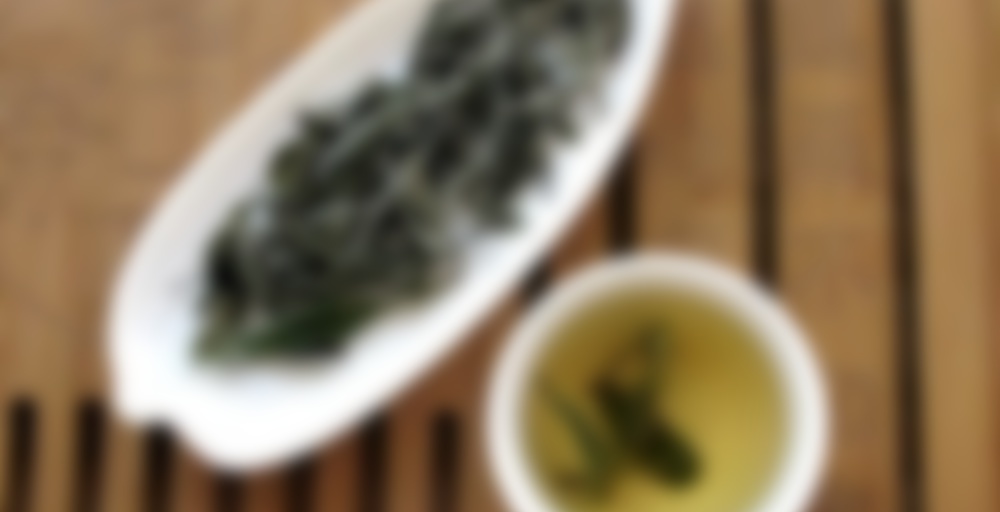 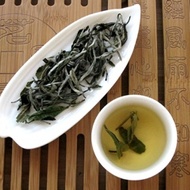 A delicate and fragrant white tea with fruit undertones, White Peony Tea is grown and dried on the top of Tai Mu Mountain. This White Tea won the 2007 Golden Prize in Fujian Province’s White Tea Contest, making it the #1 White Peony in the region.

Yet another great sample provide by LiberTEAS

This tea totally caught me off guard. There is a nice creaminess, thicker body to this tea. The flavor seems toastier than other whites I’ve tried in the past. I could not find any bitterness, only a little tartness if the leaves are left to continue steeping with the pot as you drink.

There is a certain wintergreen taste, or maybe its more spruce pine needles. Whatever it is, I’m really liking it! One other note I’m picking up is a little spiciness as well. Can’t really tell exactly. Almost reminds me of some sort of chai mix. Nonetheless, this was a great tea and hope to enjoy more of this soon.

I may have to look into this company.

Azzrian, this was my first tea from Shang Tea, and from what I can tell you are 100% correct! This was certainly a nice tea. Loved it!

Ok, this is going quite well today. Has a pleasant hay-like scent, and very flavorful. Yum.

This is a gorgeous white peony with long green, olive and brown leaves. The wet leaves have a lovely intoxicating floral aroma.

My cup was steeped for around 2 minutes at 170 F. My cup is a light, soft yellow. Yesterday we were at the Legion of Honor for a show about the Victorian Avant-Garde and I have Whistler’s “Symphony in White #1”and some other similar works on the brain today. I want to put this tea in a china cup next to some white lilies…

This is a very subtle and sweet white peony, it has a delicate hay and clover like aroma. It’s lightly floral with a light sweetness which produces a very relaxing feeling. I’m not an expert on white peony but I really enjoyed this. As the tea cools down a bit, I’m noticing a creamy rich feeling about this lingering in my mouth. Perhaps my favorite from Shang so far is the honeysuckle white but this is lovely too.

I’ll have to buy some eventually…their teas do look delicious.

Because of my current (WOOT!) commute, I have to be up at way early in the morning. Today I’ve been up an hour earlier than that. I woke up by myself and felt rested, so I decided to get up and poke about on the interwebs for a while instead of trying to fall asleep again, knowing that the next time I woke up I’d probably be feeling less awake. Maybe it’s because I was dreaming about the new flat all night. :)

Anyway, I got up and fairly quickly decided to have a cup of tea and very quickly it became clear to me that what I actually felt like having was, uncharacteristically, a white. It’s totally the wrong time of day for me to want white, and I don’t even want white that often to start with.

There’s lots of aroma in this for a white tea. Being used to primarily blacks, I often find whites to be a bit flighty in that department. I really like it when I can smell the cup and sort of fill the nose with aroma. We’re not going quite that far with this one, but certainly closer than most. There’s a hay-like note to the aroma, sort of spicy and sweet, and there’s a robustness underneath it that sort of reminds of the smell of freshly peeled potatoes or carrots or other roots. I had never thought I’d come across that particular thought association in a cup of tea! O.o

There is not only a lot of aroma in this cup, there is a ton of flavour as well. It tastes quite greenish, a bit grassy and spicy and quite floral as well. Not the dusty, soapy sort of floral that actually scented teas tend to have for me, but just something that makes me think of little wildflowers. This tea is like a meadow.

There isn’t much of an aftertaste at first, but I suspect it’s one of those that will build up as I drink and as the cup develops. I can pick out the traces of that sour note that I usually get from green and white aftertaste. I could really live without that. I think I would almost rather have no aftertaste at all.

There’s something fruity in here too. I can’t quite put my finger on it, but I’m leaning sort of towards apricots or nectarines or that sort of stone fruits. My brain is also shouting something at me to do with blueberries, but I really don’t know where it’s getting those from. I think those are more of a strange association rather than an actual flavour, but I am finding myself with a sudden wish for a blueberry muffin.

I had the best day, not only did I get to fill my day with Minecraft, I was able to spend the day playing Minecraft with my mom! It was awesome, first we toured my work in progress castle and then we started a new survival world and chaos ensued. Creepers exploded, zombies chewed on us, villages were looted. Good times all around geeking out with my mom.

Today’s tea is White Peony King from Shang Tea, a local company that I am lucky enough to visit when I run out of their tea. They conveniently also sell their tea online and at a few local shops, so I have options if I don’t want to go downtown! The aroma of this tea is quite mild mixing notes of fresh vegetation, a delicate hint of floral, and a finish of paper. It is a very mild tea evocative of very early spring and all the subtleties you would expect of that season.

The brewed leaves have a vaguely mineral aroma that reminds me of spring water, there are also notes of fresh vegetation and sage. The liquid is incredibly mild and subtle with notes of sage. The aroma is clean, smelling it makes me feel refreshed and cleansed.

The taste is mild (I have used that word a lot with this tea!) and a bit citrusy. There are hints of sage and minerals with just a tiny wisp of copper at the midtaste. There is a subtle underlying sweetness like a splash of honey that rests just underneath all the other flavors. The tea leaves my mouth feeling clean and refreshed, it is quite lovely. I fell like with each sip you can taste the clean soil and water used to grow the tea plants. This is not the most spectacular white tea I have ever had, but it does have a wonderfully clean feeling that most other White Peony (or Bai Mu Dan) teas do not seem to have.

For photos and blog: http://ramblingbutterflythoughts.blogspot.com/2014/02/shang-tea-white-peony-king-tea-review.html

Haha! Awesome that you played with your mom!

Today is definitely a white tea day…and lots of it. Tomorrow probably will be too. I drank a sample of Shang’s yesterday and had an inner fight to not drink more samples late into the night. My will power won and I got some decent sleep and immediately started drinking this early this morning.

A lovely white peony that smells like sweet hay like most white teas do. The infusion was nice and light and had a slight sweet smell to it. Taste is what separates this. Sweet hay notes, slightly earthy and robust, and a hint of floral. Usually I get cucumber or melon notes but not a nice earthy robust flavor.

I’m preferring these Fujian white teas over Yunnan just a tad because the Yunnan whites I’ve had typically have some sort of spice/black pepper note and I am not getting any of that in any of these samples so far. Definitely a plus for me.

This is a FAB peony…very posh!

OMG! I used the word “posh” in a tea review! FINALLY! I can now rest! Mission Accomplished! :P

This is a fantastic white tea. Sweet and creamy and smooth. One of the best White Peony teas I’ve ever had the opportunity to taste!

Incredibly beautiful leaves, very long and elegant. It brews into a pretty golden liquor with notes of plum, apricots, and and sweet tea that tastes good both hot and cold.