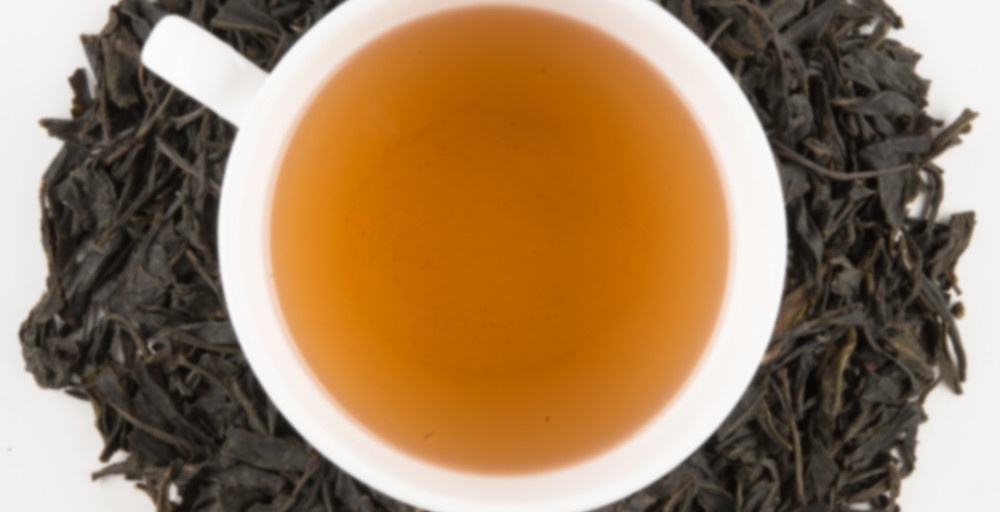 by Shan Valley
82
You

his tea is considered to be the freshest and most sought after tea. Shan First Flush Reserve tea is the first harvest in the year and only occurs once a year, usually in early April.

So I felt like tasting the 2014 version of Shan Valley’s First Flush Green Tea after trying the 2013 version and brewed it exactly the same as I did the 2013version. This time I only had a small (relative to the large six ounce packet last time) one ounce sample. I liked the packaging on this one more than the paper-foil packet the 2013 was in, even though my issue with the 2013 packaging was purely aesthetic, although I am a little concerned about the packaging on this one because of the clear back. But then I don’t store my teas in a place that gets much sunlight, so it isn’t that big of an issue.

Dry Leaves: The leaves look pretty similar to the 2013 version, still very dark for a green tea and have a stiff bark-like texture; the difference is these leaves look a little flatter and have longer stems. Other than that they are pretty similar to the 2013 harvest, maybe with a tangier smoke scent, but still has a pleasant fermented fruity aroma as well. It almost reminds me of a barbecue sauce, but it is smokier then most barbeque sauces I make.

First Steeping
Temperature: 175oF
Brewing Time: One Minute
Aroma: Fruity
Flavor: Spinach, Fruity, Metallic and Honey
Tasting Notes: Immediately I could tell I liked this harvest more than the 2013 even though it is more astringent. The 2013 harvest reminded me a lot of a Sheng Puerh crossed with a Purple tea, this time not so much, even though it still feels quite different than most greens I’ve had. There was a sharp metallic taste this time that made the astringency much more noticeable.

Not bad for a first infusion I am not really fond of metallic tastes in tea, most teas I’ve had with metallic notes generally have a rust/blood element, but this was a little different. I almost wanted to describe it as either wet stone or minerally, but it doesn’t fit either category comfortably.

Second Steeping
Temperature: 180oF
Brewing Time: One and a half Minutes
Aroma: Fruity and Smokey
Flavor: Spinach, Stone Fruit, Metallic and Honey
Tasting Notes: Still very astringent, but it is becoming much more vibrant and nuanced then the last infusion and even the 2013 harvest. There was a nice creamy mouthfeel this time. It still had that sharp metallic taste from last time, but this time it was not as biting.

This was the best of the three infusions, it had a near perfect mouthfeel and a nice balance between the strong spinach notes that lingered and the minor honey notes that disappeared almost immediately. I liked the aroma quite a lot, it doesn’t have as pungent fruity aroma as the next infusion, but it still has a very nice smoke in it that become quite weak in the next infusion.

Third Steeping
Temperature: 185oF
Brewing Time: Two Minutes
Aroma: Fruity and Smokey
Flavor: Green Beans, Metallic and Honey
Tasting Notes: While not as astringent as the last two infusions it feels much harsher this time because the green bean and honey flavors do not last as long. While the metallic notes are not as strong as the green bean it has become very sharp by now. Probably my least favorite infusion.

Overall not a bad tea, I was a little disappointed initially because I came in expecting a sheng like tea, but it still was not bad. It is much more vibrant and complex than the 2013 harvest and overall is a much better tea than the 2013 harvest, but there is something about the 2013 harvest that left me breathless which is missing from this tea. Perhaps this is a tea that is technically better than its predecessor, but lacks the soul of the previous. Regardless this tea is definitely worth trying, at $3 for an ounce (or $10 for 6 ounces! at the time of writing this) it is hard for me to not recommend this tea. Although this tea might not be the right tea for the normal green tea drinker, it won’t break the bank.

This is an AWESOME tea. I have been very impressed with the teas from Shan Valley. Compared to last year’s first flush green, this tea seems to be a little more forward in flavor. It has more sweetness, and more vibrancy.

Mild steamed veggie taste, bright citrus-y note, a hint of creaminess. This is good iced too.