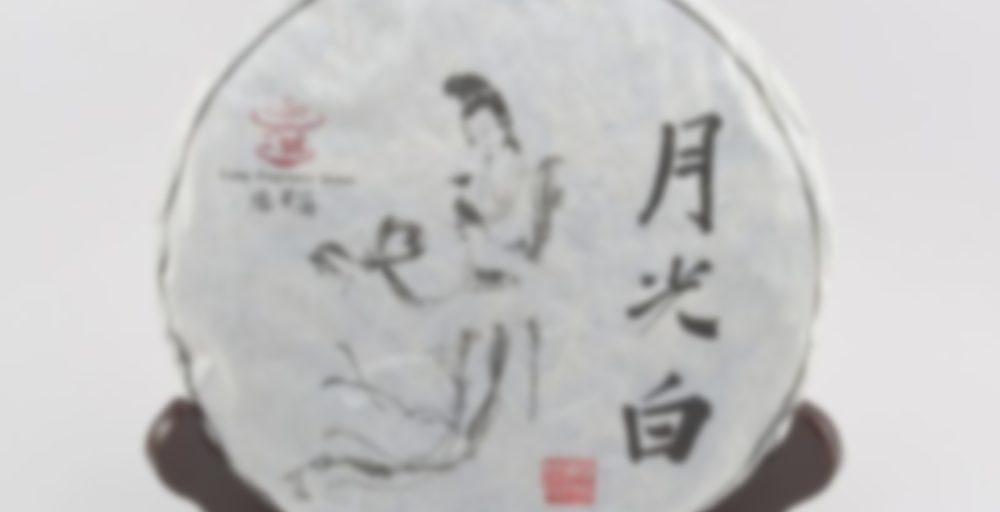 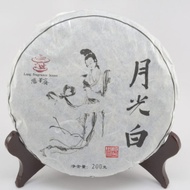 The picking standard for this cake is one bud to one leaf, and the tea material is very fuzzy. The freshly picked leaves are withered under moonlight instead of sunlight, resulting in a longer weathering period and more oxidation before the tea is pressed into cakes.

The tea used to make White Moonlight comes from high in the mountains of Xiao Jing Gu at an altitude of about 1500 meters. The leaves are plucked from 100-300 year old Jing Gu Da Bai Cha trees. The 800 year old “mother bush,” which provided the seeds for these bushes still stands, surrounded by the younger bushes. Meanwhile the tea gardens are surrounded by popular local crops, commonly mango, which have an impact on the aroma and flavor of the tea leaves. The picking standard for this cake is one bud to one leaf, and the tea material is very fuzzy.

Since the mao cha is dried beneath shade and moonlight, unlike the traditional method of direct sunlight, the drying process is slower; requiring a very close eye from the tea producer and air flow to avoid molding. This process is well worth the effort, as it creates a unique and flavorful aroma similar to wulong. The tea color will be similar to olive oil, clean and crisp.

Traditionally the authentic White Moonlight must come from Xiao Jing Gu and be produced from the Jing Gu Da Bai Cha trees. Traditional White Moonlight, made from tea trees [rather than tea bushes] can be infused more times while still having the desired flavor and aroma.