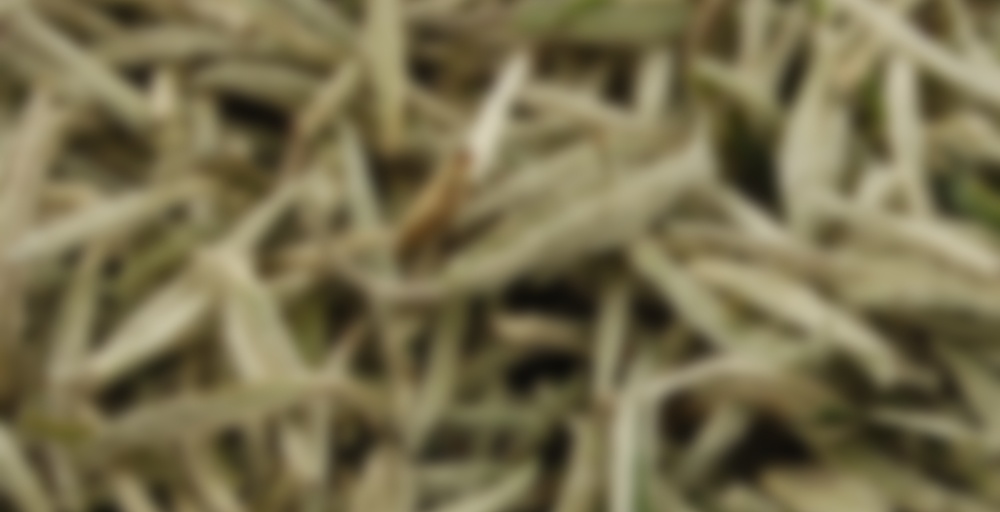 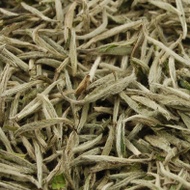 by Seven Cups
81
You

White tea comes from four counties in Fujian province, Fuding, Zhen He, Jian Yang, and Song Xi, though Silver Needle is only made in Fuding and Zhen He. These counties grow unique cultivars of the tea bush, Fuding Da Bai and Zhen He Da Bai, which are capable of producing the large and stylish tea buds that Silver Needle is known for. Seven Cups’ Silver Needle is made entirely from Fuding’s original Da Bai bush type, known for having buds that are bigger, richer, fatter and more numerous than the Zhen He cultivar. Additionally, Fuding’s Silver Needle tea touts the claim of being the original, invented in 1796, much earlier than Zhen He’s.

Even at its beginning, white tea was a popular export to Europe. Its conspicuously large buds were some times blended with simple black tea to enhance its visual appeal. The First World War halted the export of white tea in 1918. Exports resumed briefly in 1926 but only to be stopped again by the escalation to the Second World War. White tea finally returned to the Western market in the late 20th century where it has been viewed with renewed curiosity.

The sweetest of the white teas, Silver needle is made up of only buds from the tea bush. Meticulously separated from the stem, the buds are fanned on to a single layer on a bamboo tray and dried in the sun until 70% of their moisture is removed. The withering process is completed indoors as the tea is roasted over charcoal. During the roast, the tea is separated from the charcoal by bamboo trays lined with paper. The very low temperature drying of this tea is designed to preserve the white color of its buds. Too high of a temperature will make the buds yellow.

Unlike green tea, white tea is never fired or steamed to kill the enzymatic action that causes oxidation. Instead, oxidation of the leaves is prevented by their lack of moisture. The withering process is very long and gradual, thus slight oxidation of the leaves (or buds) will naturally occur. With this slight amount of oxidation, white tea’s color is typically not as bright or green as you would expect from a green tea.

High quality Silver Needle should be made up of large, healthy tea buds with most of their white down intact. When infused, the buds will turn to a light green color right away. The color of the infusion is like a light honey. When compared to infused green tea, it will appear slightly yellow.

The fragrance is light, akin to freshly bloomed flowers. The flavor is more juicy than dry, filling the mouth with a smooth and lingering sweetness.

For first time tea drinkers and seasoned aficionados alike, Silver Needle is a very approachable tea. It is easier on the stomach than a green tea and even a long infusion in high temperature water will not bitter the flavor. You will find it very easy to drink and very easy to brew.

Unlike the previous two Green Tea Lovers examples from Sri Lanka and Kenya, this tea does not outpour a majority of its aroma in the first steep. Instead, it takes some warming agony of the leaves to breathe. Once open, the aromas are delicate but full of warm dew, honeydew melon, steamed straw, and carrot juice. There are lots of savory herbal elements to the flavor, rosemary stalks and sweet mint. It has an impeccable body of natural sweetness balanced with dry, parched grasses. A long lingerer, this tea was giving solid infusions at the 7th steep. It could have continued on.

Nice – making me reach for some myself!
Thank you for adding the links to your blog reviews.

I am tasting the 2013 Bai Hao Yin Zhen & it is delicious!
The dry leaves are all perfectly the same size & beautiful sage green color. They have their furry fuzzy coat of white down. I think white tea is one of the prettiest as well as yummiest.
The leaves had a white chocolate, cocoa sweet scent. The scent of this tea steeping was delicious-smelling, creamy, & enticing.
Brewed, the color of the liquor was a clear pearl- champagne and it had the scent & flavor of those baby arrowroot cookies with almond milk.
Enjoying this tea with fresh raspberries & blueberries which it pairs beautifully with.

Hello fellow steepsters! According to my tasting notes, it’s been two years since I’ve been on this site… such a long time. I look forward to catching up with y’all as I start adding tasting notes again and become more active on the site.

Right now, I’m sitting in SoCal, watching the marine layer recede from the sky through my window. All morning I have been enjoying Seven Cups’ Bai Hao Yin Zhen (Silver Needle) 2014 Organic White Tea. I am steeping the leaves in one of these cool tea jars where you let the leaves steep in the jar and the strainer at the top keeps the leaves from getting into your mouth.

WHAT!? You might say. The tea leaves just sitting there forever and ever? Don’t they get bitter, especially since it’s a white tea?

Actually, contrary to popular belief, a truly good Chinese green/white tea will never get bitter, no matter what you do to it. And, pleasure be mine, this tea has held up to that standard. I allow the leaves to steep in the jar for extended amounts of time, and the brew does not get even remotely bitter.

The first steeping graced my mouth with a medium-light body and notes of toasted cashew and pumpkin seed. Hints of peach pie also come through.

Third steep: flavor is holding up extremely well, even though the mouth feel becomes lighter.

Residual: mostly whole, delicate tea buds, about 30% broken buds, which is more than what I’m used to coming from Seven Cups.

Overall, I enjoyed this tea very much. It’s the first time I’ve tried it since they changed their source and cultivar to Zheng He from Fuding. It’s not quite as buttery as it used to be, and the buds seem more delicate (they break more easily), but it’s still very good and worth the price I paid for it!

“I am steeping the leaves in one of these cool tea jars where you let the leaves steep in the jar … The tea leaves just sitting there forever and ever? Don’t they get bitter, especially since it’s a white tea?” I have always wondered about why the Chinese do this; and now I am gladdened to read “a truly good Chinese green/white tea will never get bitter, no matter what you do to it.” Perhaps I will have to try this sometime with at least one of my highest quality greens.

SimpliTEA, definitely try out some of your greens brewing with this method, especially if you have a Long Jing, Bi Luo Chun, Huang Shan Mao Feng, Bi Tan Puao Xue, Jasmine Pearls, or Bamboo green tea. It is actually traditional to brew these teas by putting the leaves straight into a tall clear glass with 185 degree water. The flavor should only get sweeter and more potent over time, with little to no bitterness. If all your teas get bitter with this method, PM me and I’ll see what I can do to send you some samples (I still have plenty of this tea and a wonderful an ji bai cha) that are bound to work :)

Thanks for the offer, chadao! I have a high grade longjing (AAA) that I can try this with.

Let us know how it works out!

This sounds wonderful. I too am just now returning to this site after two years of near-inactivity haha :)

The first infusion is a bit grassier than I like, but the second infusion… oooooh so sweet.