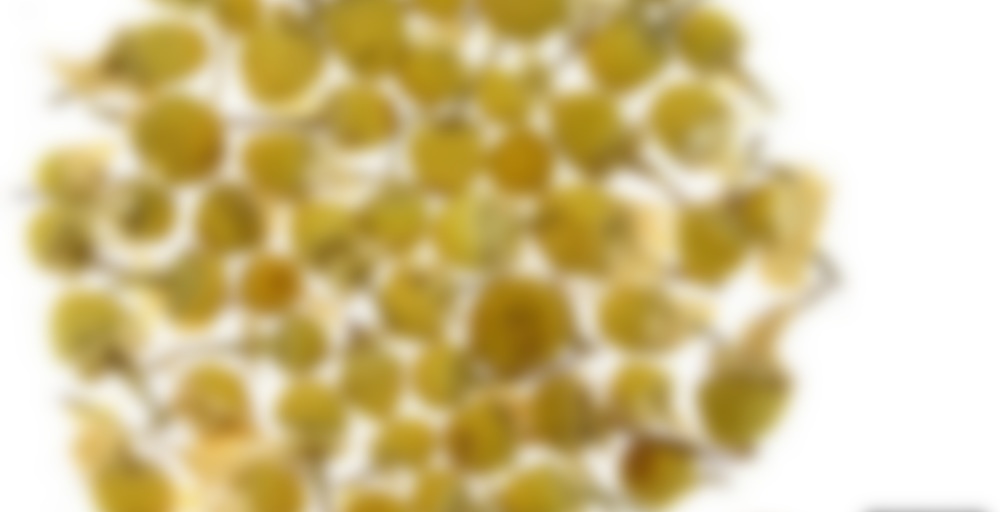 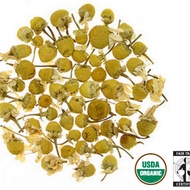 Chamomile blossoms have a mildly sweet and fruity flavor with a soothing floral aroma. An infusion of Chamomile is noted for its naturally calming energy and is one of our most popular caffeine-free herbal teas. Chamomile is often served with honey and lemon.

I’m at JFK airport on my way to London, Paris, and Warsaw for work, so my tasting notes won’t be very frequent over the next two weeks. I hope to pop in and make notes of teas on the road though, and I’m planning on picking up tons of teas while abroad. Anyway, I grabbed a cup of tea from a cafe in the airport and though I was given only the descriptor of “chamomile”, I saw that the tea was this one (and that it was loose leaf and the cafe put it in a tea sac for steeping!)

Obviously I don’t know about the smell of the dried leaves, but I did see that I got quite a few whole chamomile blossoms in my steeping bag. Steepster on iPhone won’t let me rate it or put in steeping parameters, so I’ll edit the post later, but it steeped for a long time at boiling, and even though I’m not much of a chamomile person (options were severly limited), it’s a very nice, relaxing tea, that’s pretty sweet and has lots of the hay-like, alfalfa notes I often find in chamomiles. A nice way to relax before a flight

Dry,,,, the pretty yellow flower buds have a sweet, honey scent.
While steeping, the blossoms puff up and return to their glory.
The liquor has a honey and pineapple scent with golden sunshine color.
The taste is very nice. I like this all chamomile with no additional flavors. Very pure, herbal experience. Really like spring when you were a little kid playing in the yard,,,all the smells and fun of the Earth. As the chamomile cools, it gets sweeter and more honey notes come thru. A lovely goodnight!!!!!

Not much else to say about this one other than it’s about as perfect as chamomile tea gets. Taste is nearly identical to the chamomile I bought from The Spice and Tea Exchange recently but at a much more economical price. Both are organic chamomile flowers sourced from the mountainous regions of Croatia. It has a cleaner, brighter flavor compared to the common Egyptian variety. Excellent quality all around and miles above your standard bagged chamomile.