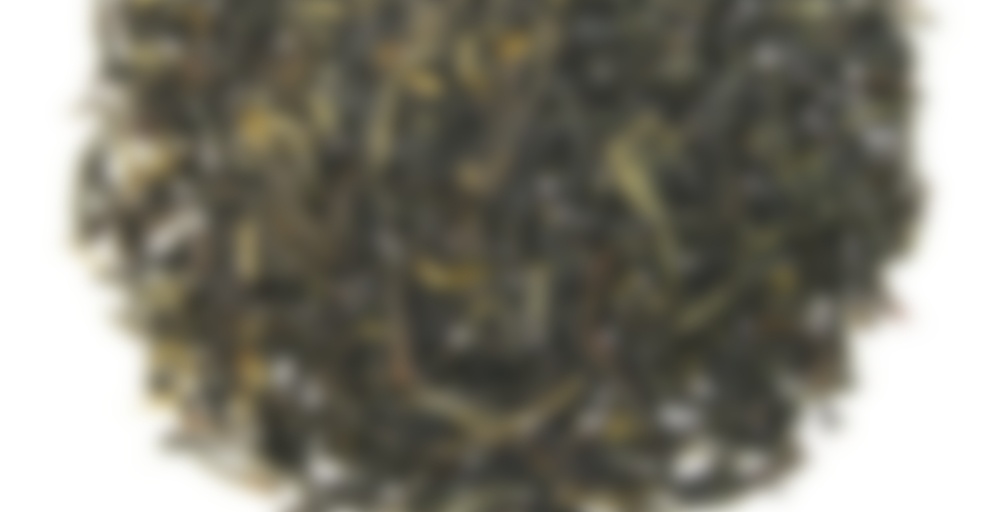 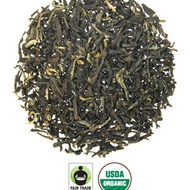 with 52 Ratings Rate this tea Rate This Tea

A British tea classic, Earl Grey is the most widely enjoyed black tea blend in the world. Earl Grey dates back to the nineteenth century tea trade when Charles Grey, the 2nd Earl Grey, was presented with a gift of Taitaicha—tea scented with citrus blossoms—during his travels in Canton. After Grey returned home, his namesake tea became wildly popular when the tea salons of Europe infused black teas with the essence of the bergamot citrus fruit that grows in Reggio Di’ Calabria, Italy. Our organic Earl Grey combines robust and fruity Thai black tea with mellow, caramel sweet Yunnan Dian Hong. This original blend perfectly complements the floral high notes of geranium and rose found in our first-pressing bergamot essential oil.

Okay, okay, I know I’m doing The Final Sipdown to try to clean out my tea pantry. So it goes a bit against that goal that I picked up a new tea while out grocery shopping yesterday (me and half the world – Central Market and William-Sonoma = pre-Thanksgiving PLACE TO BE). But it’s just a sample with about three mornings’ worth of tea and it’s part of the EG hunt, so I figured it was okay. Yes, I’m justifying my tea addiction. Let’s move on. I was a little concerned when I got home and saw the Steepster reviews of it. Not too much love. But what the heck, I have to drink it sometime, right? So this morning it is.

I actually quite enjoyed it. Now, I did give it a good dose of sugar and half & half (I’ll have to try it straight some other time to see how it competes with Arbor Tea’s Earl) but this is really pretty tasty. The citrus is bold but doesn’t have a perfumy or soapy note to it at all. It’s not quite a juicy, fresh fruit style bergamot but it definitely hits on more that end of the spectrum. And if the slight tremor in my hands right now is any indication, looks like it has a fair caffeine content.

I’ll admit, I didn’t really do a lot of study of the tea to find any nuances. First, the half & half probably smoothed over any nuances that were there in the first place and second, it was just a tasty tea so I sipped on it while checking my email and somehow the cup was empty before I knew it. But that’s always a sign of at least an enjoyable tea so thumbs up there.

Right now I’m going to rate this a little under Arbor Tea’s version and tied with Upton’s EG Supreme. This is as good as the Upton’s with additives so the real deciding factor of where this ranks in the EG showdown will be to see how this tastes straight. After all, Jean Luc Picard didn’t get his tea. Earl Grey. Hot. With milk and sugar.

Say, have you considered expanding this Sipdown idea? It can’t really be a contest as not everybody has the same amount of samples and low tins, but maybe a themed week or something. Maybe something like people could tell their goal of decupboarding at the beginning of the week and then we’ll see at the end how many people made it? Or perhaps, who can decupbard (and post about!) ten teas first? I’m not really sure how it could work as an event, but I’m sure there’s a good idea in there somewhere.

Well, anyone is welcome to join so it can be self-expanded if folks wish. So if you want to jump in (or even adapt it to be themed or contest-y) feel free to! Everyone can clear out pantry space! :)

An old friend. This stuff gets better and better each time I drink it. The bergamot is strong and I’m learning to love that. I feel like bergamot is another addiction for me within the world of tea. When I want it, I WANT IT BAD. That’s why I ran out and grabbed this right after my Earl Grey Cheesecake was gone, and now I’ve got some Earl Black on the way as well. :)

Loving all the EG that I have trying lately :D This one smells delicious, strong bergamot note. It’s funny since a few weeks ago I didn’t know what bergamot tasted like and now I love it. The taste is smooth and creamy. No astringency or bitterness. As usual I use a little stevia to sweeten. Yum yum yum! Thanks to Naylynn for the wonderful sample!

Great to hear that this one was a hit! I agree, the aroma coming out of the bag is amazing:) looks like all is going well with the Earl Grey experiment:)

Thanks for your recommendations on what to try!

This is the first loose leaf I’ve had in a long time. That’s kind of depressing! Anyway, we went to a coffee shop in downtown Charleston for breakfast this morning and they had a handful of loose Rishi teas. Of course, being morning and the fact that I am very predictable, I picked the Earl Grey.

As usual with this kind of situation, it wasn’t my optimal tasting conditions so I’m giving it a rating but I’m not sure if it reflects exactly rating I would give it under different circumstances. Basically, this was a pretty tasty Earl but it didn’t really stick out as particularly mind-blowing. I noticed the tea base as a bit different, and looking at the description now I see it was a Yunnan, which I tend to enjoy. It’s apparently a bit polarizing, probably because the bergamot is pretty strong, but as I’ve mentioned before a strong bergamot flavor doesn’t usually taste perfumy or musty to me. It started to get a tad bitter toward the bottom of the pot where the little bits of leaves had been steeping for a while (the glass infuser in the pot at the coffee shop had fairly large holes), but never so bad that I couldn’t finish it. A pretty decent Earl, would drink again.

This is ok! Strong aroma…creamier taste among the other EG’s I have had. Not bad at all! Sending the rest to my SororiTEA Sister LiberTEAs!

This is my favorite Earl Grey tea and I just ran out. Unfortunately our local store discontinued this item. Amazon offers a three-pack of this tea at a very reasonable price: http://www.amazon.com/Rishi-Tea-Organic-Black-3-3-Ounce/dp/B001E5E20O/ref=wl_it_dp_o_npd?ie=UTF8&coliid=I2AY05HWRGEBWQ&colid=268L0O357N86S

Thank you, Short Sorceress, for giving me the opportunity to try this tea! It wasn’t quite to my tastes, but I had a wonderful time with research, reviews, and figuring out how to format the first face/off for my Battle of the Earl Greys blog project.

I’m not going to rate this one right now. I followed all the directions on the sachet’s package, but it was bitter and tasted somehow burnt. If I had more I would experiment with it a bit to dial in a better cup, but I’m not going to pay for a package to find out. It was just not inspiring enough for me to justify the expense.

You can read the full review here:
http://wordsabouttea.blogspot.com/2013/08/earl-grey-by-rishi-tea.html

And you can see how it measured up in the first Battle of the Earl Greys face/off by following the link below. I would appreciate any suggestions or comments you may have. Thank you!
http://wordsabouttea.blogspot.com/2013/08/rishis-earl-grey-vs-victorian-earl-grey.html

After tasting a lot of teas today (17), with only a few that were good, I kinda needed a tea to make me sigh in happiness.

So I reached for this sample from Dustin :)

I have never had this before but thought a Rishi EG can’t be bad.

It is a reserved EG. But that is fine with me. Flavor was a bit muted but it seemed dignified that way :)

Thank you to TeaEqualsBliss for sending me this Earl Grey!

This is a very good Earl Grey. The bergamot is strong in the aroma, but, less distinct in the flavor… at least at first. The flavor of the bergamot develops as I continue to sip it, and now that I am about mid-way through my cup, the bergamot is at a pleasing level while still allowing the Yunnan Dian Hong base to remain the dominate flavor. It is strong, flavorful, and even-tempered.

Still nasty. Sometimes I wonder if this particular batch was made with rancid bergamot. The bergamot is overpowering, and deeply unpleasant.

Ick! Rancid citrus. I used to live across the street from an orange grove, so I have a pretty good idea what that would be like. Not good.

An EG that’s less astringent than The Whistling Kettle EG Cream. However, over time the price has increased from $20/lb. to $38/lb.

3/22/13 Update: Rishi EG is now $47./lb. There is a 5% discount for 2 or more lbs. Also, note that this tea no longer displays the “Winner Best Tea Earl Grey” award logo.
http://www.rishi-tea.com/product/earl-grey-organic-fair-trade-black-tea/black-tea-blends

6/1/13 Update:
Many years ago when Twinings produced awesome EG, we used to use 1 rounded teaspoon/cup. We brew it a minute longer than unflavored black teas as it is not as full-bodied. In recent years, we also used these same brewing parameters for Rishi EG.

After joining Steepster, we see that many members generally recommend using more tea leaf and shorter infusions to minimize the odds of bitterness & astringency.

About a month ago, I purchased a box of Rishi loose EG tea and was very surprised to see the current recommended instructions were:
1 Tablespoon / 8-oz cup / 212*F / 4 min.

After tasting it, my wife agreed that much tea leaf was indeed needed. Consequently, that small box did not last too long. This is certainly one way to increase the sales of Rishi EG tea.