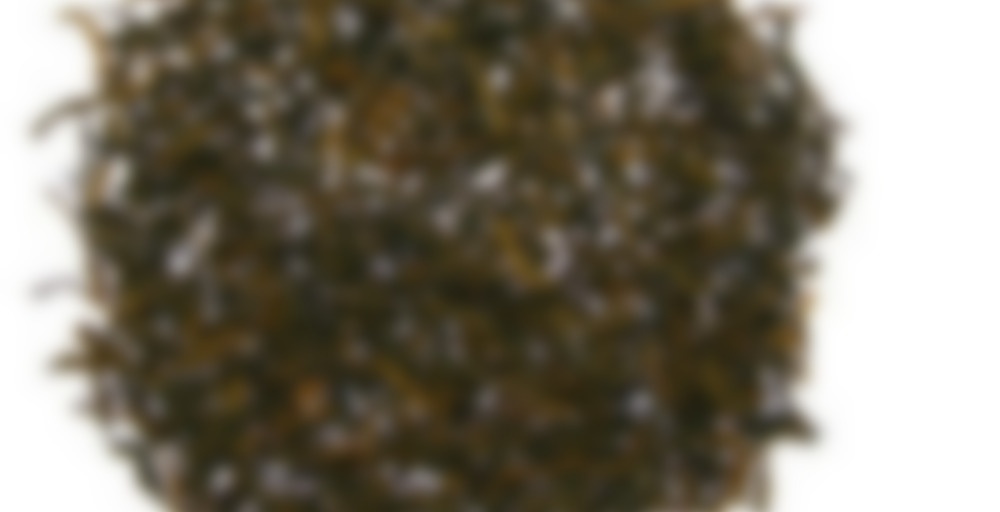 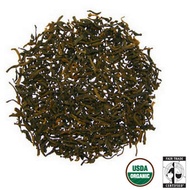 A dark fermented Pu-erh made with tealeaves harvested from antique tea trees of Yunnan’s high mountain tea villages, which are home to some of the world’s oldest living tea trees and tea cultures. Maiden refers to a special grade of Pu-erh that is hand-harvested by the young women of Xishuangbanna’s Dai ethnic group. Made with tender two leaves and a bud without course or mature leaves it was traditionally offered as a special portion of their dowry. It is one of the most prized grades of Pu-erh and rarely found in the US. Pu-erh Maiden exhibits a well-balanced and smooth flavor, rich body and sweet finish. Like all of our Pu-erh, it goes well with spicy or oily food.

I’ve had this tea for probably 4 or five years and it was my first exposure to puer when I first purchased it. I remember opening the can the first time and thinking this stuff smells like the little pellets I feed my fish. Upon the first brew it didn’t taste any better than it smelled, very much a dui wei scent that I really did not like. I felt duped for paying what I thought at the time was a high price for yucky tea. Price paid was $13 USD for 96 grams. I did not like it at all so back on the shelf it went. I have tried it a few times over the last few years so I thought I would review it. Opening up the can tonight did not reveal any fishy smell. I smelled the tea in the tin for nearly 5 minutes trying to place the scent I knew it, but couldn’t place it. It has a very clean aroma, reminding me of a water fall with the scent of a forest and a scent of the negative ions around a misting waterfall. So strange how tea can literally transport one if given a chance to reflect.

Rishi suggests on the tin to steep a TABLESPOON of tea to 8 ounces of water? Seriously? Who could or should waste so much tea? This tea consists of very very small leaves common among higher grade shus that I have tried over the years. My brewing was about 5 grams (eyeballed) in a 200 ml yixing 212 F water flash rinsed and then sitting for a couple of minutes. Again I smelled the warm wet leaves, with my nose deep in the yixing, breathing in the scent for a couple of minutes, trying to get a grasp on the scents. Again, a the best way I would describe it is a very clean earthy aroma, not dirt, but forest like, with a light hint of tobacco. Tasting it, it is a smooth tea, like butter, coating the mouth especially in the cheeks near the rear teeth. The experience is not bowling me over and knocking me upside the head even at this advanced hour, but rather a feeling of calmness and awareness that I have experienced with other higher grade puers. I really had low expectations for this tea, and it nearly ended up in the trash, but on this night I’m ever so glad I kept it. Five infusions and 45 minutes later I’m in that happy spot from a good tea and ready for some sleep. Well played Rishi, well played.

My first venture into Pu Erh which was met with quite a bit of experimentation. The directions indicate that you should steep 1 tablespoon with 8 ounces of water for 5-6 minutes. Using these directions resulted in an extremely dark and almost thick brew which was loaded with flavor but had a certain astringency that I did not think Pu Erh’s could get. Apparently this “western” style of preparation is not considered to be the most dependable and can result in poor tasting tea. I made another attempt using a “Gongfu” style, steeping 1 teaspoon (instead of tablespoon) for 30 seconds and increasing each subsequent steep by 10-15 seconds. The taste was much more pleasant and I was able to rid the tea of the initial astringency. My only reservation is that I am not sure if this is correct practice for this tea. I feel as though there is alot more flavor lurking beyond a 30 second steep and I should perhaps consider longer for next time. I will continue researching and am open to any suggestions.