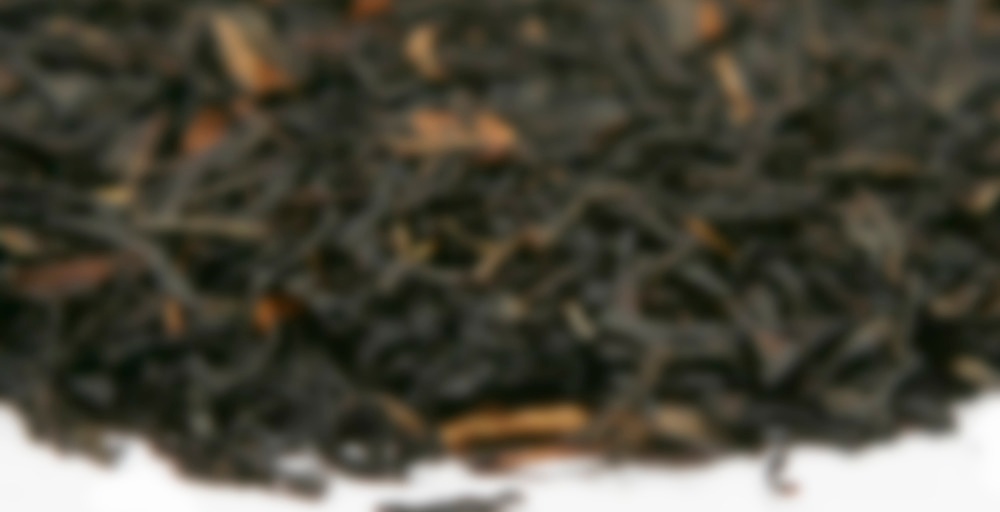 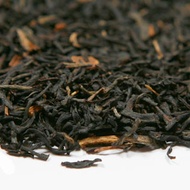 The Assam region of India is well known for its strong, malty black teas and pungent green teas. To the powerful briskness of these teas we have added the sweet and vivid flavor of a bright cabernet wine. Heavily infused prior to drying, the full-bodied cabernet pervades the deep and dark Assam herbs, brightening a black tea that famously stimulates your afternoons!

O.M.G. This smells AWESOME!!!!!!
50 points just for that! :)
If you are a Cabernet fan I don’t think there would be any guessing that this is EXACTLY what this tea smells like prior to infusion! Grapey-Cabernet sweetness – beautiful!

The infused tea you can smell more of the black tea AND the Cabernet smell with undertones of cinnamon…but not a fireball cinnamon…more like an Indian Spice type like in a traditional Indian Dish or chai. I’m thinking the licorice tones down the fruitiness of the Cabernet a little bit…but not a lot.

This ‘brews up’ VERY dark brown.

The taste is MUCH different that I expected based on the outstanding aroma. The black tea – Assam – pulls thru and is flavorful BUT bold and the Cabernet taste seems to be just as bold.

As it cools a bit the taste is becoming more astringent but in a good way…a way like some Cabernet can be.

I drink my teas from a glass Bodum yo-yo tea cup, which shows the liquid off to fine effect. Through the glass this tea actually looks like a glass of red wine. There are notes of grape, cherry, some light spice and a slight cabernet fragrance. The assam tea used has a strong bitterness and astringency that I would normally dislike, but in this case it seems to go well with the red wine taste which is stronger in the taste than in the fragrance. It is a very slow sipper, partially because of the dryness and bitterness. On the whole, I like their champagne infused white tea better, but this has a nice pungency that I also enjoy.

I really like that yo-yo cup, though I don’t get why it’s called a yo-yo from the picture. It looks super cool. I don’t know why I’m trying to kid myself into thinking that I’m not going end up getting one eventually.

I got some of this tea from a buddy awhile back ago. I can taste the black tea with grapeness and abit of cinnamon. I was hoping to try this because I really enjoyed the champagne white tea from compass teas. But to be honest I believe that either because of the cinnamon or perhaps something else this tea just does not work for me. Although I will say it’s interesting and unique. If anyone want’s the rest of what I have please let me know.

I had this from Chado Tea at the SF Tea Festival and it was pretty good. It was super hot, and I didn’t have much of it, but I did buy it, so there will be further reviews.

Normally Assam is not a favorite tea of mine as it comes off as way too malty in a bitter way but this one is actually very good. The tea comes off as lighter for an Assam with a wonderful Cabernet aroma and taste that goes with it. Even if you don’t think you like Assam tea, if you enjoy Cabernet red wine then this is a tea that is really worth trying.