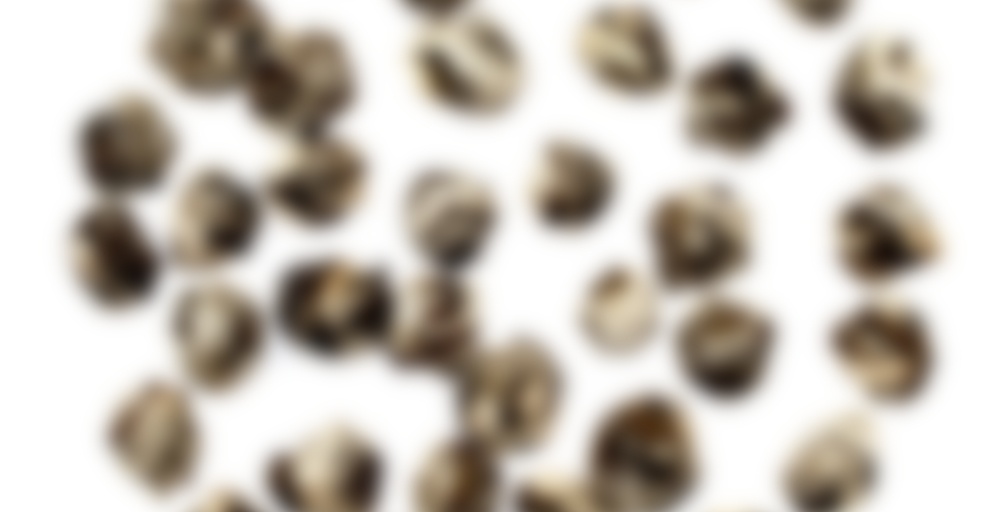 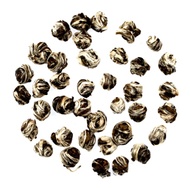 by Red Blossom Tea Company
73
You

Crafted from IMO-certified organic tea buds from Fujian and Jasmine flowers from Guangxi, our Organic Dragon Pearl Jasmine is produced over the span of two seasons.

In early spring, the hand-picked leaf buds are steamed then meticulously hand-rolled and dried. Once finished, the rolled teas are stowed until summer, when they are scented with fresh Jasmine blossoms over seven consecutive evenings.

Brewing Instructions: Steep for 1 minute. Use 1.5 teaspoons(double for a medium sized pot). May be infused multiple times

I usually make the tea in this household. I seem to be the one drinking it the most or at least being more conscious of when I want some. So it very quickly turned into my job. For the first cup in the morning I typically make us a pot of something non-flavoured black of my own choice. If it’s flavoured it’s the Smoky Earl Grey, which I can stretch to a morning tea in spite of the flavouring on account of the smoke in it. So anyway, first cup is strictly my choice unless he requests something before I can make some.

After that I tend to ask him for preferences or show him one that I want and ask if he wants some. Sometimes I even force him to make a specific choice by asking elaborating questions about flavoured or non-flavoured or which type.

For this cup the answer was ‘something new’. Well that’s a rather wide concept when I don’t know what’s new to him. I can remember more or less what I’ve had and not had out of the collection, but I can’t remember what I’ve been feeding him. So he came out and picked one that neither of us has had before.

‘The Sacred Fujian,’ was his word choice when he found this one in the pouch basket.

So that’s what we’re having.

It smells heavily jasmine-y. So much so in fact that for the first time I’m realising that jasmine has a very lemon-y smell. This really rather too much flower for my taste normally, but at least it doesn’t smell like it’s got a bottle of perfume in it.

It’s quite flowery in taste as well, not quite to that point of tasting like dust but it’s getting there. Very grey flavour. I can’t really find the white tea underneath because of all this jasmine and and I feel a bit like I’m just sitting around drinking flowers.

I used to say that I’m not a fan of flower scented teas, but I think I’ll have start narrowing that down as I’m beginning to be able to notice some differences. I find magnolia acceptable enough and the honeysuckle yesterday was as well, although a bit dusty. I have not had super experiences with rose or jasmine, but I have had crysanthemum in a pu-erh once rather successfully, and there was also that one from Shang Tea once, the one that tasted like melons. Can’t remember what flower that was though. Tangerine blossoms, that was awesome.

But it seems that jasmine just falls in the Too Much area for me, which is typical when it’s the most popular flower to scent with. All in all, an acceptable tea, but not for me, really.

(I have previously reported that cats don’t like Lapsang Souchong. I can now reveal to the world that they find jasmine white offensive as well. Luna, on her way to join the Occupy Ang’s Lap movement, took one sniff and promptly changed her mind.)

I established last evening that cats (or at least mine) are quite fond of Through the Grapevine by David’s Tea. It might have been the end of our stash from last winter, but she sniffed not only my cup repeatedly but the whole teapot. I thought she was going to drink it at one point, but it was still hot.

I haven’t been able to find one yet that mine have liked. Possibly one containing mint would be popular with them, but it has not yet been tested. So far oolong seems to have had the best reaction, namely indifference.

This post saddens me, but I can’t say I’m too surprised — you mentioned you didn’t like flowery teas, and jasmine pearls ALWAYS take the cake for me. I can’t even drink this stuff anymore, as it tastes too perfume-y for me.

I’ll take my floral notes in my oolongs naturally, thankyouverymuch! :)

Finally getting around to trying this tea from the Summer Lovin’ Steepster Select box. This is an excellent Jasmine Pearl. The flavor is soft and smooth, with a light jasmine taste that is simple and sweet. It doesn’t taste soapy. It’s very pleasant… and I do love Pearls! A great choice for the Steepster Select Box!

I have yet to try a Jasmine tea that I liked; so I will keep this review in mind when next trying Jasmine. I always found flavor to pungent in after taste. I mean I would have to hold my nose to try and drink the tea was my last experience with Jasmine; a simple box of green tea with Jasmine. Sorry.

I have to take back what I said in my last review of this: It has turned into a favorite.

At the bottom of my Steepster select bag and I’m a little sad to see the tea go. The scent is quite lovely and it’s so delicious with my macaroon. <3

My last from the Steepster August box. I wasn’t looking forward to this one since I thought it might be overly floral. Opening the package didn’t make me feel better, as it smelled pretty damn flowery. Turned out to be a fantastic jasmine scented white though. Extremely balanced in flavor. Good white tea flavor and the jasmine adds a different, floral sweetness to the white tea. It’s a great evening tea. Almost a light dessert tea. Relaxing.

Reminds me of summer evenings when I lived in Cali. Sitting on the patio after a hot day while a cool breeze travels through the backyard, bringing with it the scent of the potted jasmine flowers in the neighborhood… Just chillin. Much better than right now, where I’m chillin because it’s freaking cold downstairs. I’ll have to put my teapot inside my sweatshirt pretty soon.

This may be my current favorite tea. I love pearls—I may be easily amused—and I love jasmine. Oh, and I love white tea. What’s not to love?
I was drawn to it the moment I opened the little package from Steepster Select. It has a delicious jasmine-y scent. When I took the leaves off I thought for a moment that I hadn’t steeped it long enough, because it’s really light. I may have kept it on a little longer. But it didn’t make it bitter or anything. It’s a great tea for my morning ritual. Not too dark, with a subtle fragrance (even after oversteeping), and a smooth texture.
As a bonus, it still tastes good when I accidentally leave it out for too long. I haven’t tried this one iced, but I suspect it would be just as good. There aren’t too many teas that can get away with keeping their flavor at room temperature.

Light, slightly sweet flavor. I’ve only drank one other white tea before so I’m still finding my ground with these teas. Not bad, but not earth shattering either. May take a few times to see how I like it.

1/26/14 Tasted at a tea event. A classic jasmine scented white tea. A tasty tea, head knockingly floral in the first serving, and showing a nice hint of citrus-like astringency in the second. I didn’t care for it much personally, though it was a nice tea. I think I’d like it more brewed western style, so the intense jasmine was toned down and balanced a little better.

Second off- Best jasmine tea I have ever had.

When I smelled this tea, my first thought was the jasmine would overpower the white tea. However, it is very balanced in the cup. Delicious.