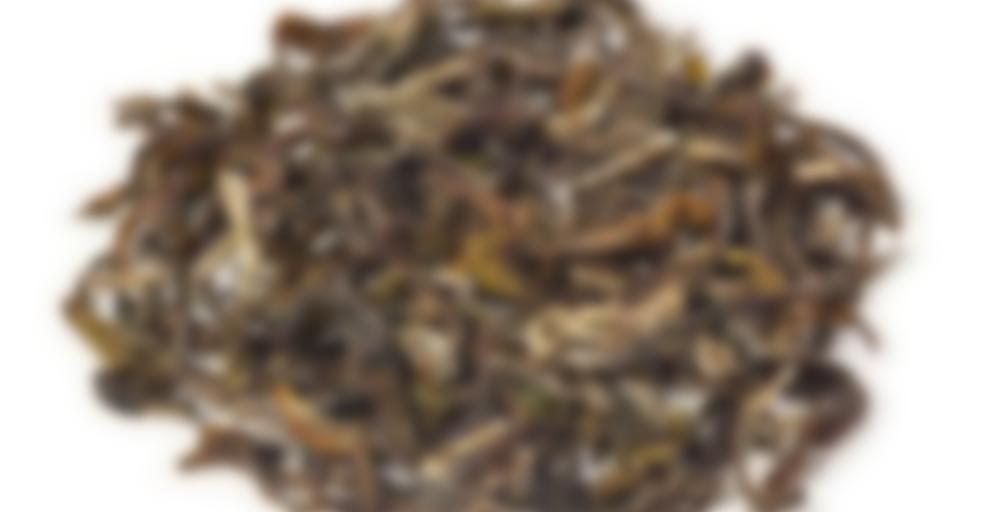 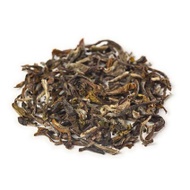 by Rare Tea Republic
84
You

Wow, I knew I was in for a treat when I smelled the dry leaf in the bag and it is already smelling kind of pineapple-ish. I steeped this at 3.5 minutes at around 195 F. I wish I knew where my thermometer was. My water was not quite boiling so I assume it was around 195.

I wonder, is this technically a darjeeling if it’s from Sikkim? The second flush Sikkim from Rare Tea Republic was beyond amazing in my opinion, and this one is excellent also. It’s very light bodied with a slight floral nose. The tea itself is very fruity, pineapplish and actually on the sweeter side with a bit of sandalwood/earth. I’m so used to these darjeeling type tea being very astringent with lots of tannins but this is exceptionally smooth and mellow. It’s easy to drink plain on it’s own. I’m with LiberTeas, I thought it was superb. Mmmm, I think I’m going to go make another cup right now!

I will definitely be going back to Rare Tea Republic as a customer.

WOAHHH! WHAT?!? Amy…….did you just give a Darjeeling a perfect score! Well, technically Temi Sikkim is a region just outside of Darjeeling, but their qualities are very similar. Pay no attention….er…maybe there is no man behind the curtain. :)) LMAO…….Hehehehe.

I liked it because it wasn’t so astringent but very flavorful!

I do remember Sikkims to be fruity, and less astringent than Darjeelings. I’ve had a couple with minty qualities, and my last one from Upton’s had cherry nuances. You may find that these teas are your “Darjeeling” of choice. :))

I brewed a big pot of this in the morning, but I didn’t get to drink nearly enough of it before it got cold. Still enjoying it tonight, but it’s not as good as when it’s freshly brewed.

This was a mighty fine Darjeeling! Certainly one for the books! VERY Memorable! It had some lovely fruity notes…not really the “average yet unidentifiable of individual fruit notes” per say but I could taste a mix of pineapple and maybe flower blossoms of some sort…it was quite nice. There was a nice sweeter wood accompaniment to it too! Not overly-so, tho! Amy mentioned Sandalwood…I agree!

Fab indeed, was it any similar to other brands you have tasted?

AWESOME! A totally excellent Darjeeling. One of the very best I’ve ever tried.

This has a fantastic fruit tone (yes, I taste the pineapple). There is a lovely muscatel to this tea as well. Nice floral tones. Notes of warm earth and wood too. Sweet and very pleasant. Very VERY pleasant.

Of all the teas I recently got from RTR, this is the one I chose to actually get 50g of, rather than just a sample. People here seemed to really like it, and I wanted to have at least one Darjeeling around for a bit, rather than only samples.

After several cups, I found this works best with a 1g/1oz ratio….at least, today I went with that and it definitely yielded the best cup thus far.
I bet it would be hard to get this tea to be overly astringent, or even bitter at all.

It has a very refreshing astringency, a flash of juicy-sweetness, and definitely a hint of pineapple (I was paying attention for these things, since it was mentioned several times). It has a nice aroma and is really a great black tea.

I’m probably rating this the highest of the teas I’ve had from RTR so far, but, I’m not sure if it is my favorite. That would probably go to Thurbo 1st flush (or to their Tumsong 2nd flush, surprisingly). However… I still have two more to try, so we’ll see!

A very memorable and tasty tea. If you enjoy Darjeeling tea, then you really should give this one a try. My first taste of the product of Temi Tea Gardens, but definitely will not be my last. Full review at RateTea.com: http://ratetea.com/review/2838/

I felt like a Sikkim this morning. Heck, I always feel like a Sikkim. Sure, it’d been awhile since I had it, but it felt like a Temi sorta day. Just like the last two times I dipped into this, it brewed amber, had a Darjeeling-ish spicy note to it, but also possessed a fruity underpinning. Great way to start the morn.

An average tea meant for the normal tea consumer and not a connoisseur. Flat flavour and dull taste.

Charlotte Zero, who I haven’t seen for awhile, sent this to me several months back. This is the 2nd time I’ve tried it, & I’m just not really into it. I made sure the temp was right this time, but it’s just not working for me, it’s very bitter. Maybe I’ll try the last bit as a cold brew during my up & coming Sipdown Extravaganza. I haven’t set a date for that yet, I’m thinking I’ll start it on xmas day though, simply because all of my xmas gigs will be over with & I’ll have a few weeks off. What better time to sip your way crazily through 100 or so sip downs? In preparation, I’m amassing a pretty good collect, & it will be glorious!

That Sipdown Extravaganza sounds like it will be so exciting! Christmas is the perfect time to meet up with old friends, whether they be humans or tea :)

Ah, I loved this when it was around. Your sample must be a few years old since RTR closed a while ago.

terri sent this one my way the other day so i thought i’d try this out especially given all the rave reviews. I’m not sure if i did something wrong with brewing this but this really isn’t a tea i enjoy. I know i struggle with darjeelings on good days but yea. sooo not rating this because i think people who enjoy darjeelings would like this, but it’s not for me. something in the taste is just a little weird.

This is another one shared by Charlotte Zero.