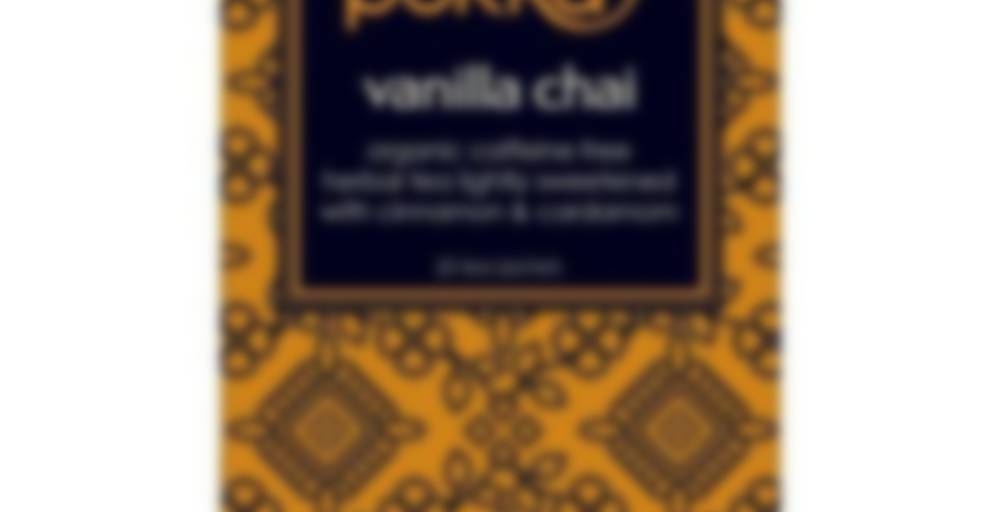 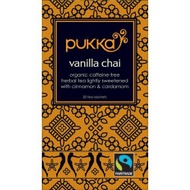 Cinnamon bark and ginger are warming herbs assisting digestion and increasing circulation.
Cardamom and fennel are deliciously aromatic and good for digestion.
Licorice and vanilla are sweet, soothing and delicious.

A hectic day and now a relaxing night and what better way can you relax than with a chai tea?

The instructions say to brew this for at least 5 minutes using boiling fresh water. That is exactly what I have done for this tasting note.

The colour is a nice golden yellow liquid that smells sweetly cinnamon. I love cinnamon.

The taste is subtle and spicy with cinnamon tones with a kick of licorice in the after taste. A very cheeky blend that catches up to you with each sip you have. After half a cup though it tastes primarily of the licorice and it over powers the rest of the flavours, I was hoping that it would have more cinnamon in there and some vanilla since after all this is supposed to be a vanilla chai.

Overall this is not for me, it’s not vanilla, it’s not cinnamon, it’s just pure licorice. Still refreshing but just not to my tastes. This one will be up for a trade if anyone is interested.

So I decided to cold steep this today simply because I was lazy and I wanted a good tea that I could just toss in a mug and I didn’t want to bother boiling water so I just tossed a bag of this in a mug, filled it with some fresh water, and plunked an ice cube in (atrocious, I know). The results have actually been pretty good!

It’s not nearly as spicy as if I had brewed it properly, but the vanilla really comes through. It’s like drinking liquid vanilla with a hint of spice at the back of your throat, and I really love it.

I liked it but to a tea that is called “Vanilla Chai”, I felt it did not had much vanilla flavor.

Given that this is chai, I should probably brew it with milk, but I have only one bag, so I prefer to test it in the clean version.
The aroma is wonderful, warm, with a lot of cinnamon and vanilla plus subtle cardamom.
Unfortunately the taste doesn’t have much in common, but is has way too much in common with Pukka’s ubiquitous licorice and ginger combination. Every drop of chai character is completely obscured by this pair.

Pukka! Adding licorice and ginger everywhere you can in copious amounts isn’t really a way. More creativity, for cup’s sake!