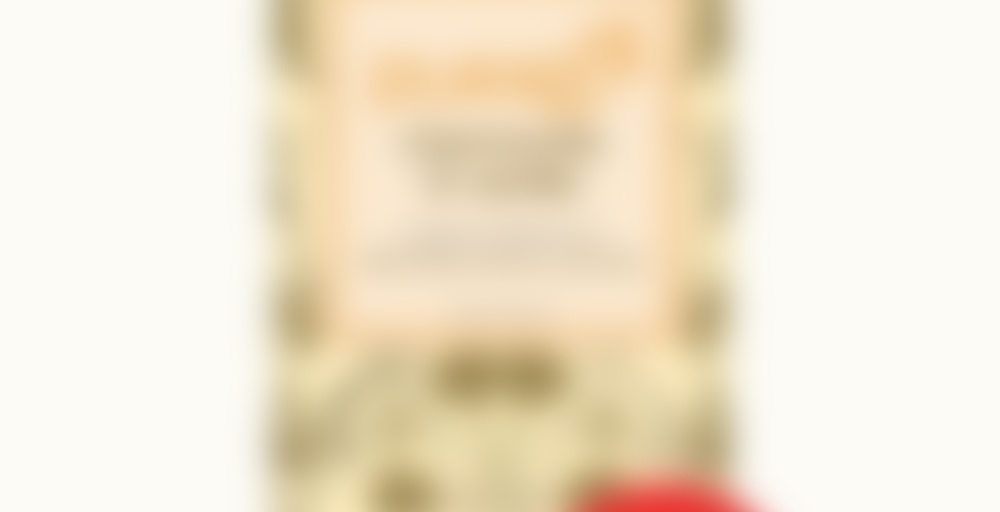 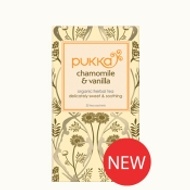 This used to be one of my favourite Pukka teas (hence the 100 rating that I gave it before even writing a review), but lately I’ve just been… disastisfied with it.

I think it has something to do with the water I use, but I just can’t seem the get the same strength as what I used to be able to get? It may be that the few bags I have left are old, but I don’t think that’s the case, they’re no older than six months and I have Pukka tea that’s much older than that and it still tastes fine.

I do think this tea is better iced/chilled than hot, so that may have something to do with it. The vanilla can be hard to find and it tastes like you’re just drinking chamomile, in which case, you know, why not just brew some straight up chamomile if that’s all the flavour you get? The fennel seed and licorice barely come through, and calling something from Pukka bland is something I thought I’d never do, but I think just using one bag per 6oz cup of water for brewing may be just that: bland. I’ll be honest, I don’t have the best habits when it comes to the water I use (I use tap water and sometimes if there’s a bit of water left in the kettle I will just use that; atrocious, I know), so I’m sure that factors into it, but still.

My advice: this always tastes best for me when I brew a large batch of it and use 3-4 teabags in a medium to large pot, so unless I figure out what (if anything) is wrong with the remaining batch I have, brew this stronger than you normally would bagged tea/Pukka/tea in general.

I’m going to leave my rating where I had it before, but if I come back and it’s more of the same I might lower it.

… I have a cold.
Bought this yesterday, and I can’t taste the vanilla at all.
I even got a coworker to drink it with me. She says there is vanilla in it.

We just have to belive her until I recover.

I like most of Pukka’s teas. This one is a bit mild in taste for me, but I guess that’s what you get with a chamomile base. I taste chamomile and a hint of licorice. I’m afraid I don’t get the vanilla at all.

I’ve had a raging headache all day, and this is a nice relaxing tea to have before I go to bed.

Not so much — has a strange aroma which makes drinking a little difficult. Great company but this one’s not so great.

Initially light like chamomile tea usually is — but unfortunately I cannot taste the Vanilla, and if left to steep too long, takes on a stronger licorice flavour that wasn’t initially evident. Maybe I’m a purist? I just don’t think that chamomile and licorice bode too well. The licorice flavour takes over the delicate flavour of the chamomile.

Still, it is pleasant if you’re feeling poorly, and the packaging is beautiful! Pukka’s box designs are instantly distinguishable. :)

My advice: don’t let it steep too long and it’s a decent cup of chamomile.

A very, very mild chamomile. There’s an unmistakable hint of vanilla, which does not seem to go too well with chamomile – I can taste chamomile and vanilla separately instead of finding the flavours in harmony. As the tea cools a strange, somewhat fishy smell, appears… I don’t think I would like to finish the cup. Not impressed.

This is a really nice calming tea! I don’t normally like chamomile teas at all, but now I’m getting into them…