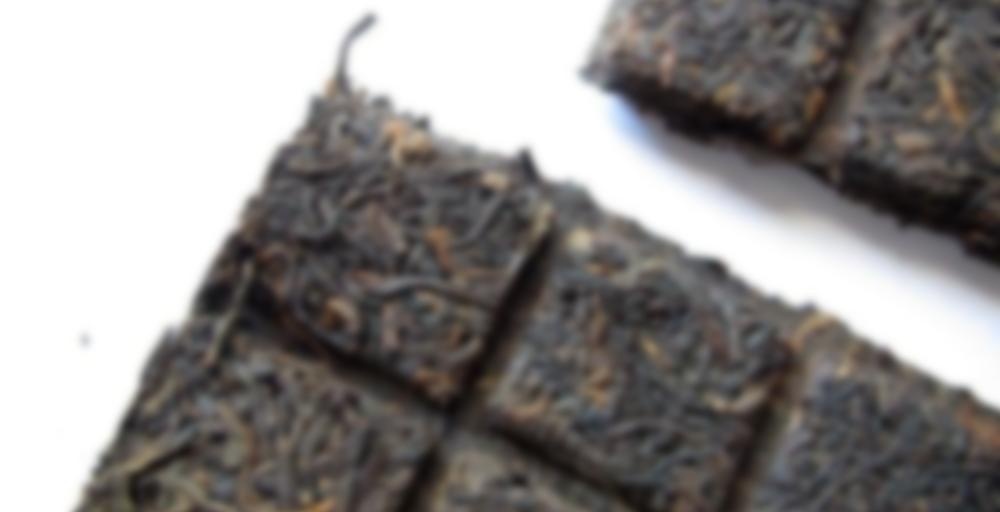 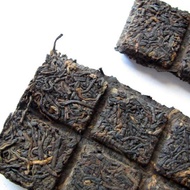 The great tradition continues with ready to drink ripen tea leaves that are 3 years old.

We decided to use old vintage imperial grade Menghai tea leaves fermented in 2009 for our MGH 1203 brick. Now you would enjoy a smooth drink without ‘Duiwei’ (People describe it as pond, fishy, a strange smell of new ripe Pu-erh that many not used to).

Promised to be the best of all MGH chocolate bars.

I drank this shou yesterday… Gosh, what a mellow shou! It’s definitely one of those puerhs where you don’t really have to think about anything and you can just relax. Thank you so much, boychik, for the sample!

Any time. There is another one fr Puerhshop which I like even more 2011 MGH 1108 Mengku ripe.

As always with mini-bricks I split it down the middle to half its thickness to increase the brewing surface area. As one that generally does not like mini brick puerh, even premium quality ones I have to admit that this is clearly the best one yet. It is a soft edges and a very distinct mellow Menghai scent which has sadly been becoming more rare even among Menghai area shu productions in my experience. I was also impressed by the fact that I could get a good five brews out of the leaves and the sixth brew was weak but still drinkable, which is saying a lot considering that I like my ripe puerh very strong. Too bad I just placed a large puerh order otherwise I would seriously consider ordering some of these.

This is really nice. I tried a few cups of this when it arrived, and I can tell it’s going to be a really good tea. Smooth and earthy. I like these bricks sometimes for convenience, since they come segmented you won’t need your tea knife. I’ll be back to drink more of this one in 2015… It’s back in the tea cabinet for some aging.

This was a nice ripe puerh. It was neither spectacular or bad just about above average for a ripe puerh I would say. It had a lot of fermentation flavor to it. Those with an aversion to fermentation taste probably want to avoid it. It was strong until the sixth steep and to some degree present even in the tenth steep. There were little in the way of bitter notes to this tea, it had a sweet note from the beginning. I wasn’t really paying attention to the specifics just say it is worth the price. At $10 what do you have to lose. It was in my opinion as good as some shous I have paid much more for.

Another fabulous pu-erh from boychik.
This one is so clean and refreshing, but with that character that I crave in a pu-erh…
These little bricks are so fantastic; they make it so easy to measure out the tea.
I love that I can drink it all day, too..it just keeps resteeping over and over.
Also, the fact that I can drink pu-erh at night and still sleep soundly is quite a lovely thing….

pu knocks me out. its like sedative to me, i drink it every night, gongfu style. Im glad you like it;)

I never would’ve tried it at night if you hadn’t mentioned being able to drink it without it keeping you up. Thanks so much for the tip! :)
Also, I’ve been doing all the pu-erh in my gaiwan. Is that the best way to do it, or is it good in a Forlife basket, as well? You’re my go-to pu-erh expert, so sorry for all the questions!

Haha, im no expert, still newbie. i think i can do it in Forlife as well. just lift the basket. i would use 4-6oz for this brick and shortish steeps. i also have this strainer
http://yunnansourcing.com/en/strainers/1556-sst-stainless-steel-dual-layer-mesh-filter-strainer-for-tea.html
keeps all bits and dust out of cup

Oh, that strainer is fantastic!!

Sample sip down! Thanks again boycik!!!

First, thanks for expanding my tea world, boychik. :)

As to the tea, it’s okay. I did multiple infusions for an increasing 15 seconds per. At about the 1 minute mark was where it was a tea in which I could taste distinct flavor. It seemed pretty mineral. And holy cow, after about 3 minutes it’s as dark as pitch!

I think maybe my palate just needs more expansion before I can properly appreciate pu-erh. This wouldn’t be anything I searched out.