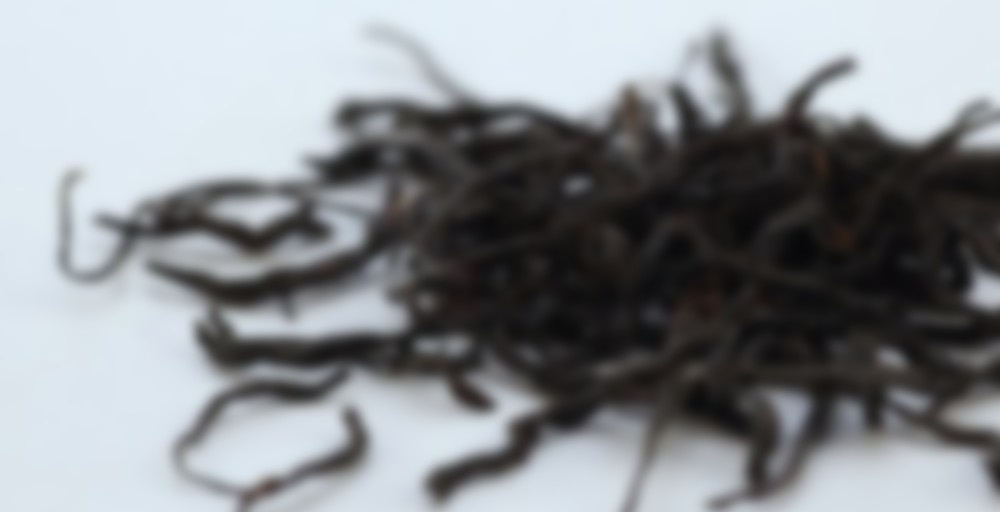 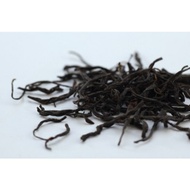 Venturing into the world of unflavored tea? Why not try this which has just a hint of the pine smoke taste of its ‘smoked’ sibling yet light enough that you don’t need to mask it with milk or sugar.

Lapsang Souchong is one of the most well-known teas around the way with a history spanning more than 2 centuries. But what is unknown to many outside of China is that the Lapsang Souchong enjoyed by locals are of the ‘un-smoked’ variety.

Our Lapsang Souchong has a strong aroma that will spread across the room, so if you are brewing this in the office, make sure you have enough to share!

Fruity, light with a sweet aftertaste.

Un-smoked Lapsang Souchong is like the girl next door that you thought was so sweet- decked in flora dresses during the summer. Only when you get to know her better, you realize she has a pretty strong character- stronger than the sweet demeanor alluded to.

I have received the experimental samples from Peony Tea S! You know, the offer for people outside of the US to test the shipping procedure. Three things I got, and this one was the only one I asked for. For the other two I just said which types I’m not usually very keen on and let Derek Chew pick something out for me. I suspect he may have been looking at my previous posts on Steepster, and my general likes and dislikes. One is a Dancong, which is a type I’ve had very good experiences with recently and the other is a Wuyi Sacred Lily, which is something I don’t believe I’ve ever tasted before. I’m almost always up for something new. Especially something new coming from Fujian, om nom nom!

Now I’m just waiting for the two orders of the First Wave of Post-Wedding Shopping to arrive. A massive one from TeaSpring which I would be surprised if it didn’t result in a customs fee and a smaller one from a Danish tea shop I haven’t tried before. There’s a 100g of Panyong in the latter. If it’s even remotely as lovely as my beloved Tan Yang Te Ji, then I shall definitely return to that shop. Again and again and again. My debitcard will thank me for keeping the Te Ji as a special occasions kind of tea.

Anyway, that was a tangent. THIS one came to me for absolutely free because of Peony Tea S’ very friendly offer. (Customs people opened the box and apparently 150g total of tea does not land me with extra customs fees. Explain then the time I had to pay fees on a similar amount from 52teas! Anyway. That’s also a tangent.)

This is a whole new territory for me. How exciting!

Now, you may or may not remember me having talked about the Perfect LS before, about how it must be smoky, not too much and not too little, and how it must have a robust, fruity-sweet substance to it underneath the smoke, so that it does not just become something akin to standing in a smoke-filled room with a mouth full of water. That is my Perfect LS.

Therefore, I am expecting from this one a lot of the robust, fruity-sweet substance, and perhaps something along the lines of floweryness or pseudo-smoke like in Keemuns.

The leaves certainly smell like I expected. They are fruit-y sweet and with a strong aroma. There’s something vaguely floral about it as well, and I am very pleased to say that it also has a lot of that special Fujian cocoa-y note. It smells quite similar to Tan Yang.

The similarity doesn’t end there, and the brewed cup also smells somewhat Tan Yang-y. It’s a bit grain-y now and still with the cocoa note to it, but with the fruity sweetness of the LS. I have never experienced these notes this clearly before, they’ve always been masked by smoke.

PTS describes the flavour as ‘fruity, light with a sweet aftertaste’. I agree, although I find it cocoa-y as well as fruity. There is fruit there. My brain thinks of fresh figs, which is odd, because I don’t actually like figs and I’ve never been able to tell what they taste like apart from ‘unpleasant’. Like my tongue just concluded they were no good and refused to finish tasting them. Apparently I like them as a naturally occuring note in tea. (I’ve had a fig flavoured oolong once. It was… not for me, really)

A flash of lightly prickly pseudo-smoke at first, like in Keemun, then the brief appearance by cocoa, and finally we slide into a long fruity note and aftertaste. Again, very reminiscent of Tan Yang, but a little drier. Not particularly astringent, mind. Just… drier. (Synesthesia report, dark, dull-y grey, like something black and shiny which has not been dusted for a while.) Not as smooth as I had expected, but then no Lapsang has ever been smooth, really. Smooth under the smoke, perhaps, but I can’t claim to say that smoke is a smooth note in itself. This just goes to show that it’s not only the smoking process that makes an LS prickly.

I find myself reluctant to share this one with my husband. My brain says it’s because I’m not sure he would enjoy that overall dryness much (he hasn’t in the past), but my heart suspects it’s because I want it for myself.

Until recently I had never even heard of unsmoked LS before. I wouldn’t even have been able to imagine such a thing. Now? This is definitely a type that deserves a lot more attention. And it is a type to itself. It feels like a completely different beast than your regular smoked LS. This stuff? Really very lovely.

So, if you don’t care for Lapsang Souchong because of the smoke, don’t let that scare you away from an unsmoked LS.

It’s very nice. The husband is growing very fond of it. :)

This sounds so lovely!

I am feeling guilty here because I also received very kindly 3 teas from the Peony Tea S and have not tried them yet. I am keeping the white tea unopened in the fridge and eyeing it, but can not get over my mental block about tea when it is so hot. I am yearning for some autumn already!

It’s been slowly moving towards autumn up here, but Husband said that when he was in the UK just last week it was really warm. But then again, that’s just a bit further south than Denmark.

Here it is pretty hot, awfully so – temperatures not quite as high as a few weeks ago, but a nastier heat, more humid. I have tried to get over my no-tea-in-summer block, but can not yet! oh well, the tea is well taken care of and is waiting for me.