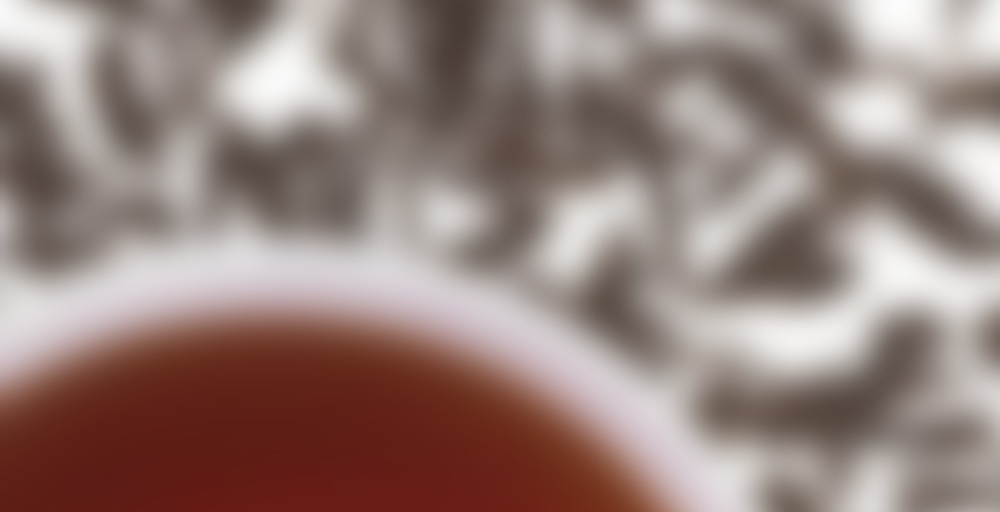 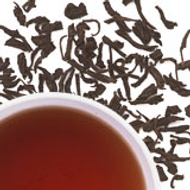 Smooth and clean with a powerful smoky scent. Traditionally dried with smoke from burning pine root.

Many China teas have a subtle toasty note, but Lapsang Souchong has a dominating smoky flavor. Legend has it that the smoking process was discovered by accident. During the Qing dynasty, an army unit passing through a village camped out in its tea factory, which was filled with fresh leaves awaiting processing. When the soldiers left and the workers were able to return, there was not enough time to dry the tea the customary way. So they lit open fires of pine wood to hasten the drying. Upon taking the tea to market, to their surprise the new tea created a sensation. Today, Lapsang Souchong is first withered over pine root fires, then panfried, rolled and oxidized. The leaves are then placed in bamboo baskets and hung on wooden racks over smoking pine fires to dry and absorb the smoke. The result is a powerfully smoky aroma coupled with a sweet and mild taste.

An ode to the last leaves in the tin.

Farewell to thee,
O campfire tea,
Thy aroma
It shall be missed.
The mornings of bliss and
Sweet comfy
Did never go amiss.

Another lapsang for the new autumn season. I received this tea in a trade with Spencer a few months ago and have been holding onto it for chilly weather. There’s just something about smoky black tea and being out in the chilly fall wind.

This tea brews up dark and hearty, smelling heavily of pine smoke, as it should. To give an idea of how potent this tea is, it was in a ziplock on my kitchen counter. My boyfriend tossed his work shirt onto it without noticing and left it overnight. The entire next day, he smelled like a campfire. (Be careful where you store your lapsang, kiddies.)

The flavor matches the powerful aroma, with a twist of leather. But it also has a sort of tang to it that’s more like pine than any lapsang I’ve ever had. It reminds me of the scent of pine sap, right after a live branch is broken. I haven’t been impressed with Peet’s until now, honestly. This is a unique and interesting lapsang souchong.

A mild fall campfire in a cup. This is my first lapsang souchong and as such I may be unduly impressed by something that isn’t quite as remarkable as I feel it is. However, smelling this as soon as I opened the tin, I instantly recognized the smell. That campfire smoke where you’re roasting marshmallows using the pine needles, twigs, and other small bits of kindling.

The dry tea leaves are not that impressive, but, the aroma is quite potent. They’re rolled tightly and dark in color, almost black. Overall it’s very uniform in appearance, thin, small black leaves.

Steeping this the tea comes out a deep leathery red-brown color. I feel like the smoky scent is even stronger after it’s steeped. The first sip I was greeted with a wonderful woody and full-bodied taste, the aroma of the lapsang souchong filling my nose and a very light taste of pine. The second sip, playing with the taste of the tea by slurping slightly, it’s much easier to detect the pine taste and it’s washed away by a sudden rush of smoky flavor. There’s a small bit of something sweet in the taste as well. I’m not sure if the feeling on the tongue i’m detecting is astringency or not, just due to not having someone go ’that’s what astringency is’ and defining it for me; it tingles slightly on the tongue.

The wet leaves after steeping have unfurled a small bit, they’re slightly lighter in appearance, more of a dark brown than the black before steeping. They still carry the campfire aroma heavily.

A second steeping produces a slightly lighter scented tea with a much more mild color. It’s lost some of it’s strength, however, considering how strong it was in the first steep this is still very pleasant and drinkable. I’m not too certain it’d go for a third steeping.

I’d highly recommend this tea to others, especially as a first lapsang souchong just because it was my first and I found the experience pleasant. It might not be the highest quality lapsang souchong judging by some of the other tasting notes, but, if this one is good and others are better and it can only go up from here, well, that’s awesome. I’ll also note that the 4 oz tin of this was only $6.45; a hard price to beat for experimenting with a new tea.

This sounds interesting. I haven’t had a lot of Lapsang Souchongs.

So anyway, I was in the vicinity of Peet’s on Saturday and, since I’ve been diligently drinking all my tea, stepped in to get some more (I am pretty sure I have gone beyond “refilling my cupboard” to “hey, I could open my own tea shop” and have instituted a buying ban on myself, but we won’t talk about that). I’ve been wanting to add something smoky and wonderful to my cupboard. Since this one smells almost acrid it is so smoky, I figured it was a good investment, especially for the price.

It’s pretty yum. I had no idea tea could taste dry like wine, but this one manages it. You know how when you go camping, you cook everything over the fire because you can and it all tastes like smoke and somehow that is fantastic? That is how this tea tastes. It’s actually pretty awesome.

The most prominent trait of this tea is the smell of smokiness. When I opened the tea can, the first thing that came into my head was smoked meat. I actually liked this smell, and it made me hungry. I picked this tea, because everywhere it is advertised, it is described as a very strong tea. I love strong teas.

When I brewed the tea, I got a very nice reddish-orange color. The smoky hinge was still there. I felt like I were sitting next to a campfire. The taste was smoky as well. However, even with 5 minutes of steeping, the tea did not seem as strong as advertised. I had 2 cups already from different steepings, and got the same result.

It was surprisingly smooth, and I could barely taste the flavor of a typical black tea from China underneath. Basically, it tasted as if I were drinking smoked meat Keemun. Despite not being as strong as I would have hoped, I liked this tea.

The smoky taste seemed to linger for several minutes after drinking. Next time, I’ll try steeping it for 6 minutes, to see if I can get more of a malty taste. This is a good tea for breakfast, and the afternoon.

Just curious — I notice you are indicating for most of your reviews that you have the water at boiling temperature? If so, most teas are meant to be steeped with water in the 190’s, not boiling. Have you tried a slightly cooler steep water, so undesired flavors are not released from the “fried” leaves?

Very interesting that you should ask that. Yes, I have tried lower boiling temperatures, especially for teas that aren’t black. Green teas are about 70C, for example. However, most black teas are recommended to have a water temperature at 100C, or at a “rolling boil”. You will find I steep the teas according to both their directions, and the temperature at which they are supposed to bring out their true flavor.

Wow. Lapsang is my new love.
Peet’s offering doesn’t seem as strong as Xanadu’s, but it offers more in complexity. It’s toastier, with more presence of wood and carbon rather than smoke. If I must compare the two brands… Xanadu’s should be drunk by those with giant mustaches, and Peet’s should be enjoyed by those with neatly trimmed beards.
With so many interesting aromatic elements, it’s equally enjoyable to smell as it is to drink. Let me rephrase that… it’s wonderful to smell!!

Update: tastes better at around 2.5 minutes rather than my usual 3.5 for black teas. Not as papery (what I refer to as carbon).

I’m a huge fan of the lapsang, although I have only really found that I love.

Oh Lapsang Souchong, how I’ve missed you all these years. Amongst all the five-year-stale teas I discovered in my cupboard recently upon returning to tea-nerdery, Lapsang was the one tin that was empty. But, but, but… now I have more.

Because it’s beautiful and perfect.
The reason I’ve rated this only 95 is because there’s probably a Lapsang Souchong out there better than the one Peet’s offers which is even more divine, and one day I may taste it. Also, because Gyokuro exists.

I don’t smoke but was in the mood for liquid cigarettes.

Very smokey and strong – was great on cold Winter days.

I find this Lapsang Souchong to be somewhat less bitter than other’s I’ve tried. Really though, I feel this tea is a blending tea and is a bit strong on it’s own.