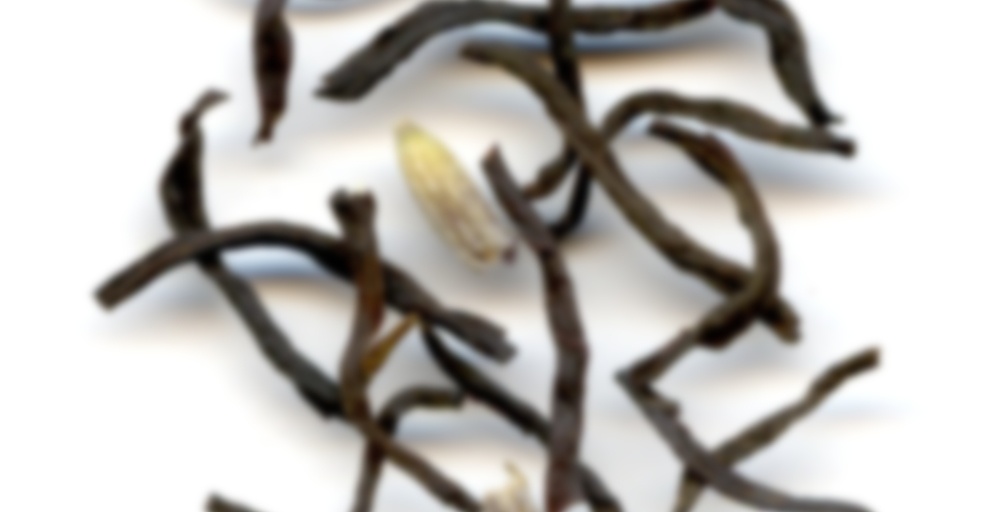 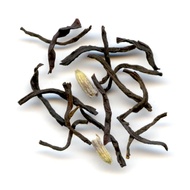 by Palais des Thés
74
You

Of all the Earl Grey teas, this one has the strongest bergamot flavor.

Lord Of The Desert

The Last of the Tea Lords

Uggghhh… will to stay awake flagging… Although it’s totally that situation where I am exhausted and totally wiped because my body thinks it’s 2:30am, but I did sleep a lot last night and yesterday so I don’t know if I could even really fall asleep. And my contacts are doing that “it’s late and you should go to sleep so we’re going to dry out an make it impossible for you to see” thing that they like to do. Oh, 12hr jetlag is the worst.

I decided to delve into my Le Palais des Thes gift set, which arrived while I was away in China. I’ve wanted to try Le Palais des Thes for a while now because I love Dammann Freres and a lot of French blends, which tend to be relatively complex with lots of flavors going on. I’ve also enjoyed the Kusmi teas I’ve tried, though I’m not a big fan of Mariage Freres because I don’t like the black base blend they use, so where does this company fall? We shall see! I wanted a black tea, which narrows it down because there seem to be not as many blacks as greens in there, but most of the others didn’t really speak to me today. I decided to try this “powerful yet refined Earl Grey” as they put it on the insert. The dry leaf certainly smells bergamotty, so hopefully it will be powerful enough to keep me awake.

I steeped this at 205°F since that’s what they recommend, and if a company recommends a slightly lower temp for their blacks I know I should follow it since blacks can go too strong and bitter for me easily. The black tea base comes out to play a bit more in the aroma. It’s nice, though I can’t quite place it. Familiar but not familiar enough for me to be able to identify it. Definitely Chinese and not a Ceylon or Assam, though. The bergamot is there but it’s playing back up, bright and citrusy. The flavors are good, a nice balance of the base and the bergamot. This is pretty high on the bergameter, but the base doesn’t get lost in the process. First notes are definitely bright bergamot, and then the warm, slightly bready, slightly malty black tea base comes out. The bergamot in this one is a bit on the harsher side, almost getting that pithy bitterness as it cools, so if you’re not a bergamot fan I could see how this could come off poorly. A strong bergamot is very difficult to pull off perfectly, and this tea does a pretty good job of it, but it’s not going to replace my Todd & Holland any time soon. The really promising part of this tea is that the base is very well done, so I’m looking forward to trying their other blends.

I had a similar taste from Marco Polo and Trois Noix, but I haven’t tried a lot of the others. It’s kind of an odd reaction, and I know it’s not common, but it was the exact same thing from both teas. It could be that those share a base and I wouldn’t find any issue with others, but they’re not really accessible enough to me to do much sampling.

ah, i never tried trois noix, am now curious. I was a bit surprised, for me mariage freres bases seem pretty different from each other (though maybe with exceptions, some teas seemed a bit twinned)! But keep in mind, even if you do not like the base for marco polo, wedding imperial (just for example) is totally different (Assam, actually I think) and so on.

Thanks, that’s good to know!

Thank you for this review. I’ve been on a relentless search for the best Earl Grey. I do like overt bergamot flavor but the problem with all of the Earl Greys I’ve found is that their black tea leaves are usually an afterthought. Right now I’m drinking Rare Tea Company Early Grey. It’s very good but not great. Isn’t their an Earl Grey that’s considered the gold standard? What company uses the highest quality single origin black tea leaves? Your help is appreciated. Thank you.

Truthfully I’m not a big fan of Earl Grey type teas and this one is not an exception, but it came in my Palais de Thes gift set. You should probably take this review with a grain of salt because it comes from someone who is already biased. I found the bergamot to be very strong and makes the black tea base kind of bitter and soapy tasting. I added soymilk and that made it better but this is not something I would purchase. My boyfriend, who likes E.G., thought this was good.

I just bought a sampler from Le Palais des Thes that has this in it, so I’m interested to try it as an Earl Grey lover.

Most likely your experience will be better than mine. :) Did you get the flavored tea sampler in the tubes?

Yup! I’m excited although the package will come while I’m in China so it will be a while before I get to them.

Dino…….when are you going to China?

This is an amazing Earl Grey. Perhaps not my favorite, I think that the Earl Grey Excelsior still holds that title, but this one deserves high marks. This one does have mixed reviews, and I think that is because there are many who just are not fond of Earl Grey (how could that possibly be? This tea drinker doesn’t get it. I know that every palate is as individual as the person who possesses it … but, still) and this is truly an Earl Grey. The bergamot is clear and focused, and tastes crisply citrus-y with its lovely tangy quality. The slight tongue-tingly sensation can come off as a bit perfume-ish, because that was my initial reaction, but now as I’m more than halfway through the cup, I realize that this is more of the tart-tangy taste of the bergamot, and not so much perfume.

Delicious. A fragrant version of Earl Grey. I’ll be buying more of this.

Thanks for the tip! I shall check it out next time I’m tea shopping.

A very tannic tea, but no bitterness. The bergamot and saffron go a long way in smoothing it out. A pleasant and strong breakfast tea, but it does leave a slight dry aftertaste.

This earl grey has probably spoiled me for most of the others I have tasted thanks to its intense Calabrian bergamot. I will take a fresh bag of this and just open it once in a while to sniff it. Meanwhile, the tea itself, is probably among the most heavily bergamot earl greys I have tried (the only stronger one’s I had use a gross synthetic flavoring). It is a great waker-upper, and nice with milk, and honey.

When I visited the Palais des thés shop in Louvain-la-Neuve (Belgium), I got a sample of this Thé des Lords (tea bag). It is basically an Earl Grey black tea, so I was looking forward to tasting this one. Very fragrant in a typical citrusy way, but with a floral touch to it (due to the safflower petals added to this tea?). But the aroma´s after steeping are too floral and too little bergamot-like, as far as I am concerned… resulting in a “light” tea I am not too fond of. A bit of a disappointment therefore.

This is okay – I’ve been drinking less tea lately, so maybe my palate just needs to come back around, but I find it thin in taste and a bit… plain. Not what I expected from Palais des Thés. I like a more robust cuppa in the AM. Perhaps on the second or third taste of this canister it will get better.

I needed some black tea to go this morning (and I like using tea bags in my thermos) so I grabbed this.

Their tea bags are bizarre, it was like.. a baby sock filled with tea leaves. No room for the tea leaves to expand at all :/ But the tea itself was good, the bergamot was not too terribly strong but definitely present, which is just how I like it.