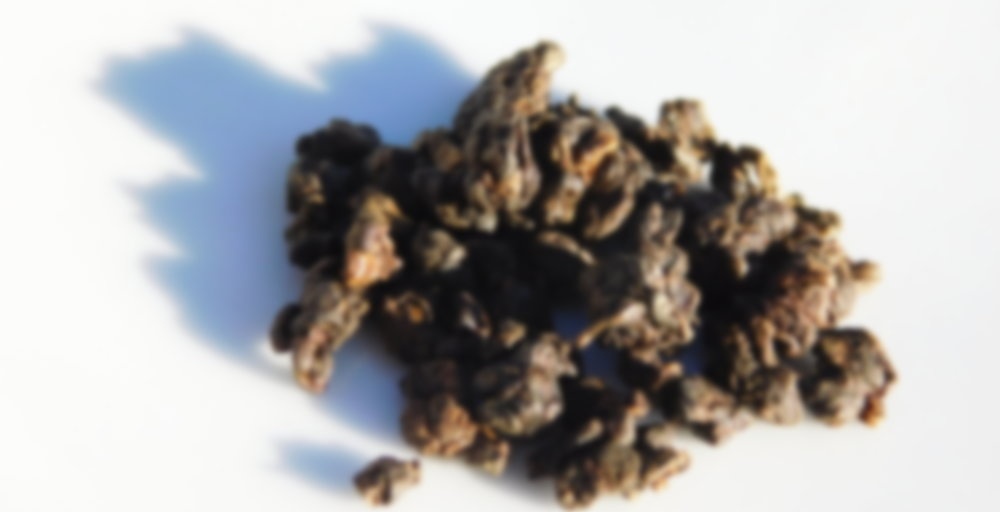 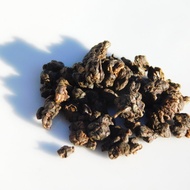 by Origins Tea
78
You

Grown in the high mountains of the A Li Shan region of Taiwan, this tea is also known as the “Iron Goddess of Compassion”. This tea will almost certainly become your favorite roasted Tie Guan Yin. Nice deep roasted fragrance, comes off a bit nutty with the charcoal aroma, along with a bit of floral in the background. Really nice mix of floral notes, fruity/herbal terpene complexity, and underlying roasted aroma.

Ben is the meanest thing ever, seriously! As a wedding present to ourselves, we traded in a bunch of Magic Cards for store credit at Card Kingdom (including my super expensive Grim Flayer) and used to to finish off a couple of our decks. I also used it to get some much needed purple sleeves and a really cool Liliana deck box for my zombies, but the big jerk told me to not open the box until he gets home. So it is sitting there, staring at me, calling me to open it…I must be strong, but it is hard!! I am excited for the cards, but mostly I want to sleeve my decks!

It is a chilly day, meaning I need a tea that cuts through the cold, like Origins Tea: Tie Guan Yin – A Li Shan a roasted Taiwanese Oolong from one of my favorite mountains. The aroma of the leaves is nutty, a little savory tea, similar to a full grain walnut bread that has been nicely toasted, but this bread is clearly made for sandwiches rather than as a dessert bread. Yes, I take my bread very seriously. Towards the end is a bit of almond and brown sugar, only a hint of sweetness, mostly this tea is about toasted nuts.

After steeping I think I can safely say this is the nuttiest TGY I have ever sniffed, I get notes of almond, walnut, macadamia nuts, and even a touch of pecans, all thoroughly toasted in a fire giving it an edge of char. Under the char and nuts is a gentle note or orchid adding a touch of sweetness. The liquid, however, is surprisingly sweet, with notes of orchid and honeysuckle, almonds and walnuts, all of which have been tossed on a fire! The char note is very present but not unpleasant.

The first steep is thick and smooth, very much so a mouth coating Oolong, which I notice a lot of roasted Oolongs feel more sharp (not really the right word since sharp would be painful, it is more the difference between biting into okra and biting into lettuce.) It is very sweet, with notes of almonds and macadamia nuts drizzled with honey. Towards the middle it picks up notes of baked walnut bread and a bit of orchids, with a finish and subsequent aftertaste of orchids.

On to the next steep, the char has increased, definitely that more sharp mouthfeel I associate with roasted Oolongs. The taste is nuts that have been lit on fire, with a strong toasted bread undertone. Not much sweetness to be found in this steep, but there is a lingering aftertaste of orchid, ghostly but floral.

I was able to get several steeps out of this tea, I found it kinda puttered out a little soon, fading into mostly char after steep eight. I really liked how nutty it was, and how nutty it stayed until the end, especially with the notes of almond and macadamia nut, something I don’t run into as often as I would like. This is a great daily drinker I think, solid notes and pleasant taste, though it does not last as long as I would like for a more ‘special occasion’ TGY.

For blog and photos: http://ramblingbutterflythoughts.blogspot.com/2016/12/origns-tea-tie-guan-yin-li-shan-tea.html

I received this sample for free on /r/tea, along with a couple others from Origins Tea. The dry leaf on this one had a pretty robust, roasty nose. After a rinse, I smelled a bit of charcoal and some light fruity notes.

I tasted the roast pretty heavily, especially in the first three steeps, with a bit of sweetness on the finish. By the second steep, the tea was quite drying. There was a bit of a floral quality to the sweetness I suppose. I wasn’t a huge fan of this tea at the start, as the roast was really quite intense – I figured it was recently roasted or something, and that once I got through these steeps I’d be done with that flavor.

For the next three steeps, the roast flavor was a little bit less sharp, but still left an almost ashy taste in the tea. I started to pick up a bit of nuttiness and astringency, kind of reminding me of almonds in a way. I only took the tea a few more steeps after this, as I just wasn’t enjoying the flavor very much – ashy, a bit astringent, quite drying in the mouth. There were a couple steeps toward the end where I picked up more fruity/floral sweet notes which gave me hope, but they just couldn’t shine through.

I wasn’t a big fan of this tea – I definitely preferred the roasted tgy I tried from an Aliexpress vendor a few days back. I think the roast was off, or hadn’t been given enough time to rest or something. Other roasted rolled oolongs which I’ve tried have a nice and creamy texture – this tea was quite lacking in body. It’s not the worst tgy I’ve ever tried, but it certainly isn’t my favorite.

I got this tea in a sample from James when he first offered them on /r/tea, so full disclosure there, but honestly, when he said it was “the best tie guan yin [he had] ever tasted” I’ll admit I was a little skeptical. That is until I gave it my first few sips. He’s dead right, from the moment the first light and crisp vegetal infusions awaken your senses, through the middle steepings full of lychee notes and fruit, until they give way to an almost rose scented final three or four steepings, I was in awe. The tea is just SO complex. And once you get past the first few steepings, which I will admit are quite delicate, the middle few stand up to food parings quite well. They brought out the underlying spice in a few pork buns my girlfriend was snacking on, and we both agreed it complimented and cut through the thickness of the fatty flavor. Honestly I loved it, if you like delicate teas which cycle down into robust flavor and back up to delicate liquors, this is a great tea for you.