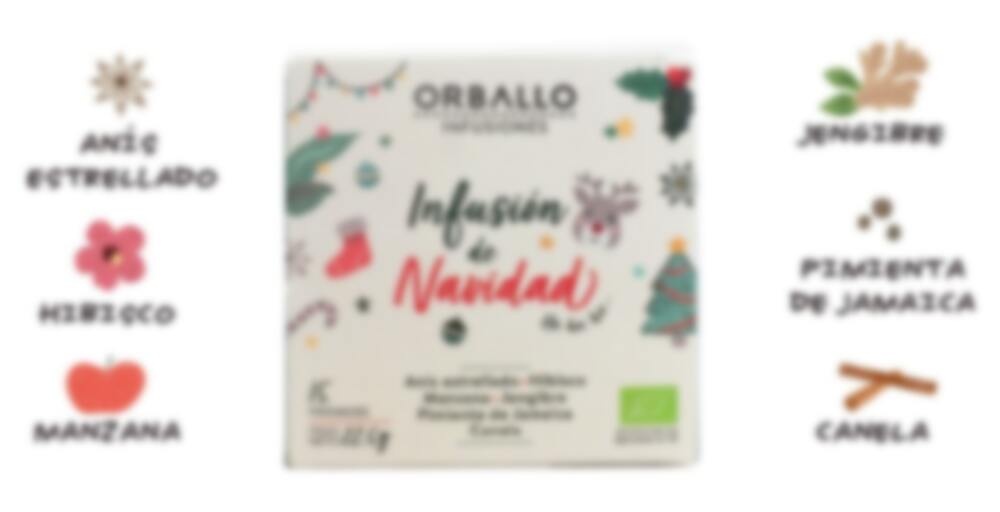 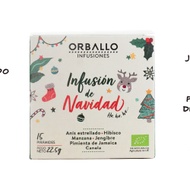 As we tend to travel through Europe during the Christmas period, which is quite tiring (but fortunately, very gratifying), we usually book an “End of the Year” package in one of the hotels of a nice Spanish hotel chain ; we get pampered, and we don´t need to spend hours in the kitchen or eat leftovers for at least a week ;-)
In December 2021 we took up this habit again, and spent New Year in Galicia, the northwestern part of Spain. When we arrived, we found a surprise box in our room including a couple of bags of this infusion. Almost a month later, I finally remembered to try the infusion.
The paper bag contains a tea pyramid – 100% compostable – with 1.5g of infusion. Clearly hibiscus based (cinnamon and ginger coming through as well…lightly), which is not really my cuppa, but then again I think here the blend is balanced and natural. It´s a nice enough Christmas blend, and I appreciate it not being over the top (very easy to do with cinnamon or ginger). Bravo for the compostable packaging and ecological ingredients, but I needed to check online for steeping conditions, which is a shame.