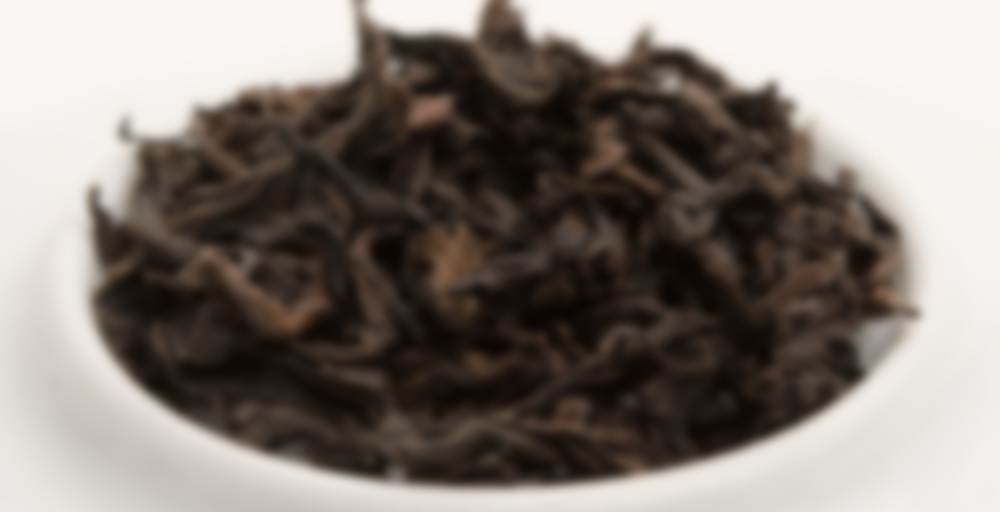 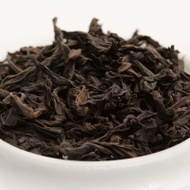 Good high mountain material with a classic charcoal roast. The farm is located in the hills above Chengduncun village (程墩村) at an elevation of 640 meters. The tea’s fragrance is sweet, with a slight peach aroma, and a clear Rou Gui cinnamon scent. The tea is not bitter and has a slight astringency that brings out the mineral flavors of rock teas. This tea has an energy that you can feel in your teeth and will make your mouth water with intrigue. Harvest during clear weather on May 8th, 2018. With some attention this tea can really shine.

This was the tea that I finished immediately prior to the Qi Lan I just reviewed. I know that I have said this over and over again, but Old Ways Tea sources Rou Gui that just does it for me. I have always found Rou Gui to be less appealing than other Wuyi oolong cultivars and have never quite understood its popularity. It’s not the most prestigious, most storied, or most expensive cultivar, but it is ridiculously popular in Wuyishan, so popular in fact that tea growers have actually removed older tea trees of rarer cultivars just to plant more Rou Gui. I know the cultivar’s popularity is probably due to its ubiquitousness, and it is ubiquitous because it’s seen as being hardy, dependable, and capable of prodigious production. It’s always available, and because there is so much of it out there, it’s usually comparatively cheap and very easy to obtain. As a matter of fact, one can’t really explore Wuyi tea and Wuyi tea culture without trying Rou Gui and developing an appreciation for it. I struggled with Rou Gui for the better part of 2 years before discovering Old Ways Tea, trying a couple of their Rou Gui, and finding my opinion of a tea I previously found overly earthy and woody changing. Their 2016 and 2017 Premium Rou Gui were the teas that really pushed me to develop an appreciation for the cultivar, and this 2018 Premium Rou Gui did nothing to make me re-evaluate the quality of their offerings. It was yet another exceptional tea.

An almost unbelievably deep, rich, complex, and filling tea, this one was a challenge to analyze. There was just so much to take in with it. Despite that, it never struck me as being unbalanced or overwhelming. Quite simply, this was an excellent Rou Gui. Make a point of trying some of Old Ways Tea’s Premium Rou Gui if you have yet to do so.

I’ve been craving Yancha a lot lately, but I wasn’t really feeling the few options I had in my stash so I asked teachat for some suggestions – James/shredsofmetal suggested this sampler, and I couldn’t remember having ever had anything from this company so I figured why not – it would get me several different kinds of Yancha, and I’d get to explore a new company’s offerings.

Rou Gui is probably my favourite kind of tea from Wuyi – it’s just got such a nice overall profile, and even the somewhat mediocre quality ones still aren’t that bad tasting. This one REALLY blew me away though – and if it’s any indicator what the rest of the teas from this company are going to be like that I am in for a really enjoyable experience!

Ten infusions total – only ending because it was getting late, and I wanted to police my caffeine intake a little bit. This was delicious from start to finish though: the first two or three steeps were very heavily roasted with loads of mineral, charcoal, and roasted nut flavours, but even with those first steeps there was still this underlying sweetness that made me think of roasted walnuts/hazelnuts (arguably two sweeter types of nuts), as well as whisps of maple. The mouthfeel was thick, and lush.

Later steeps started to ease up on some of the heavier roasted notes (without losing them entirely), and progressed into this deeped and more complex profile with quite a bit more of a layered richness and sweetness. The maple was more pronounced, and became this sort of thick, creamy maple butter note, and some of those beautiful stonefruit notes started to emerge that I personally deeply love in a good Rougui. Caramelized peach undertones, for sure – with some nectarine notes as well. Maybe a little bit of molasses/brown sugar. Long lingering finish; like pancake syrup on the tip of my tongue but denser.

Final infusions were shifted more towards the peach, but still a very cooked down peach; fruity but not bright/acidic. Some warming cinnamon, as well, in the body.

I thought that this Rou Gui was surprisingly pretty sweet – but never cloying, and still with an immaculate balance of complex flavour notes. I was swooned! Swooned!

(Really beautiful cover of this Imogen Heap song; though hard to not associate it with the meme…)