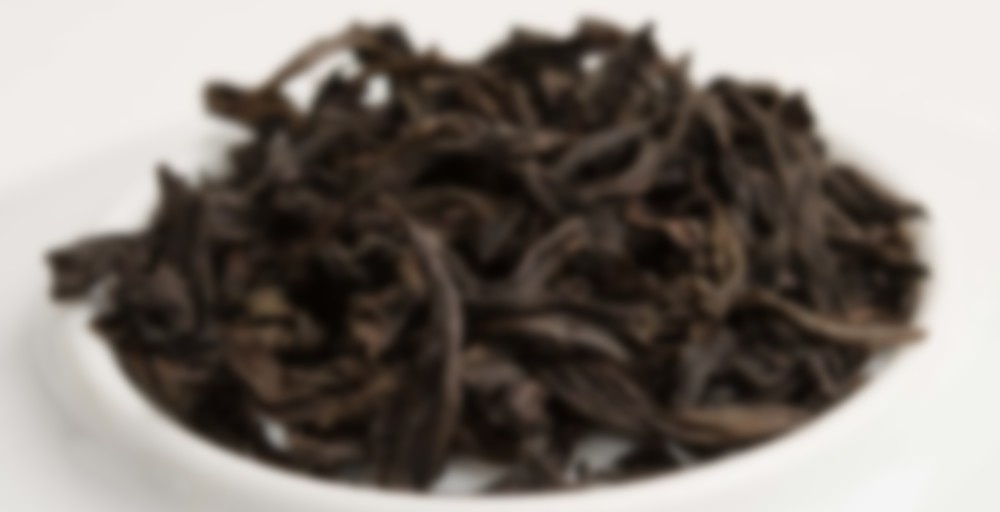 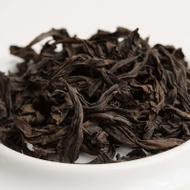 Last year some longtime customers requested a lighter roast tea from my mother. She put one together, and it is ready now. The initial feedback from Chinese customers has been good, so I have decided to stock some. Although we call this tea da hong pao, it is entirely rou gui. The processing and roast was focused on creating a lighter, flower fragrance. Of course it also has rou gui nature.

This tea was processed the same as the 2016 Rou Gui, except the charcoal roast is not as deep. It was roast late in the year, and even though the roast is not too deep, the roast is still fairly fresh, and could use some rest if you are sensitive to the effects of a fresh roast.

The brew starts at a red-orange with a flower fragrance. The tea is thick and smooth in the mouth. It is very slightly bitter on the tongue with a good returning sweetness. All around this tea is pleasant, and I can recommend it to anyone who wishes for a more floral and less roasty rou gui.

Let’s post a more positive review, shall we? This was one of my sipdowns from July. I had a couple sample pouches of this tea, both of which I received free with two different orders from Old Ways Tea. I finished one during the second half of the month and ended up putting the other in storage. I’ll probably drink it sometime next year to see how much greater aging will affect it. Though this tea was labeled as a Da Hong Pao, it was actually a Rou Gui, albeit a Rou Gui that was given a roast intended to mimic the qualities of some of the more floral Da Hong Pao blends. This treatment worked quite well for this tea, as I would never have been able to tell that it was 100% Rou Gui without reading the product description in advance.

This was both a very interesting and satisfying Wuyi oolong. I’m curious to see whether or not additional aging will bring out any new aromas and flavors or soften some of the tea’s rougher edges. Regardless of how it holds up down the road, this was a very good tea at the time I tried it. It was clearly coming into its own, perhaps even peaking. Fans of Da Hong Pao and some of the heavier roasted Wuyi oolongs would probably get a lot out of it.

Yet another delightful oolong from Old Ways. Floral fragrances are not something I associate with Da Hong Pao, so I was looking forward to getting into this one. The aroma of the leaves when dry was sweet and nutty, sort of like praline, and a touch floral. Wet, the leaves had a heady roasted aroma – higher than most dhp which have a lower, darker aroma in my experience. Might have been floral, but I’m not entirely sure I would have made such a characterization if I wasn’t looking for that sort of aroma due to the name.

The flavor was wonderful. I could taste the roastiness of the tea, but it was not at all sour. Very smooth, with a slick, mouth-coating feel to it. The finish was light and pretty floral early on, but after a few steeps turned more into a sweet nuttiness, and sometimes even chocolatiness. This is probably about as floral as a DHP can taste, but it wasn’t a wild departure from most. That said, it was just a darn good Da Hong Pao.

I should have reviewed this tea without a cold…while I use this tea to treat a cold. The first time I had it was gong fu immediately after receiving the package. Orchid was the obvious floral I got in the aroma and liquor, along with rose, deeper bamboo, butter, oak, light roast, charcoal hints, a faintly peachy mid body, and a rosehip finish amidst a robust mineral body. My hammy imagination paints volcanic rocks along wave plunged cliffs. Either way, earthy in every way that I can imagine.

It struck me as Yancha, but the florals were something more akin to a Qilan in contrast to the thick and bitter Rou Gui minerals. Spice might be a bit much, but I can see it in the aftertaste on occasion. I don’t know. Da Hong Pao’s seemed like they would be my go to for oolongs as a reforming coffee lover six years ago, but most of the yanchas I’ve had kinda taste the same after a while. I can love tasting rocks for only so long. At least this tea had something else going for it. I was glad to experience it anyway.