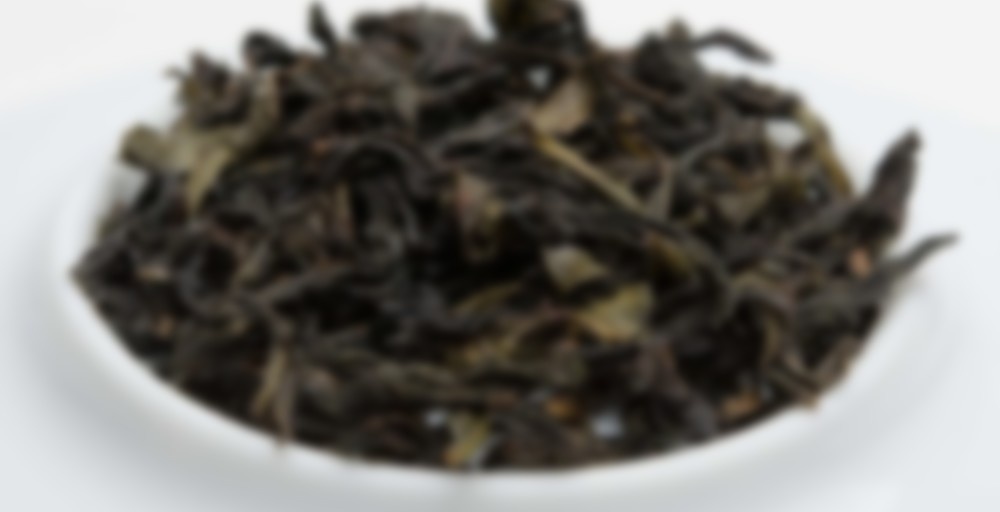 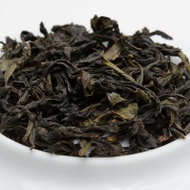 This tea is from the exact same batch as the normal charcoal roast 2017 Qi Lan. It has not been roast at all, neither charcoal or electric roast. Instead it is the tea after being selected from the maocha. In Wuyishan we call this zoushui Qil Lan (走水奇兰). When compared to the charcoal roast this unroast tea still has some green and yellow color to it. When brewed it has a powerful clear fragrance.

Since both teas are from the same batch it is possible to compare them and better understand what roasting does to the tea.

This unroasted Qi Lan packs it in with an undeniable strength in aroma, taste and aftertaste. The dry leaf had aromas of dark chocolate, brown sugar, anise, orchid, oak wood and vanilla. I’m surprised to have picked up those darker notes in an unroasted tea, but maybe it was my familiarity with the normally roasted Qi Lan playing games with my olfactories. The aroma of the warmed and rinsed leaf was like walking into an orchid shop with some whiffs from the bakery next door that was browning some butter.

I had to drink the rinse.

The aroma wafting from the cup had strong notes of orchid, brown sugar and vanilla. The taste was an expansive bouquet of orchids in the mouth again with the brown sugar and vanilla while a very pure and pronounced minerality flowed underneath and glided across the tongue. Delicately oily with very light astringency and bitterness. The aftertastes were equally decadent with orchid, vanilla, white peach, chocolate, graham? and milk? This fanfare continued for another 3 steeps before giving way to a more delicate symphony which brought the white peach forward along with some lemon water and grass. The aftertastes moved into almond, butter and wood and the tea completely gave up the ghost with its eighth infusion (including the rinse).

Overall, this tea made a lasting impression with its upfront aromas and tastes and prolonged aftertastes. It was missing a bit of body and was lacking in longevity but I am grateful to have had the opportunity to try an unroasted Wuyi oolong both for its own sake and for comparison to its roasted companion.

I so hope this returns.

Me, too. I’m longing for it already.

Todd, Old Ways Tea is located in San Jose. I no longer have this tea but I’ll send you a few other samples from them, including a roasted version of this tea. I think the first time I ordered from Old Ways Tea, there was an option to pick up the order directly from them. I’m not sure if that option is still available. I regret not doing it but I’m never exactly in the mood for a Caltrain journey.

And somewhere, a tea pet is now starving, and looking at you with its sad, judgmental clay eyes…

This was another somewhat more recent sipdown of mine, as I finished my sample pouch of this oolong at the end of July. I had been meaning to try it ever since acquiring it earlier in the year mostly because I had never before tried an unroasted Wuyi oolong. Overall, I found it to be a pretty interesting tea, though not the sort of thing I would want to have on a regular basis.

Prior to the rinse, the dry tea leaves emitted slightly woody, grassy aromas with floral and fruity hints. After the rinse, I noted distinct impressions of orchid, honey, raisin, roasted peanut, and cream on the nose. The first infusion then revealed a cedar aroma and stronger scents of orchid and honey. In the mouth, I detected notes of orchid, cream, cinnamon, and honey that were balanced by roasted peanut and cedar notes. The subsequent infusions saw the nose turn citrusy and mineral-laden. A slightly stronger roasted peanut note appeared in the mouth along with belatedly emerging raisin and grass notes. New impressions of minerals, pear, roasted almond, and butter appeared in the mouth along with hints of lemon zest. The final infusions emphasized lingering mineral, roasted peanut, roasted almond, and cream notes that were underscored by lemon zest impressions.

Seeing as how I tried this tea and Old Ways Tea’s 2016 Qilan very close together, it was fascinating for me to see just how much a roast can change a tea. Without the characteristic Wuyi roast, this tea took on a character somewhat reminiscent of a baozhong, but with the heavy mineral profile so typical of traditional Wuyi oolongs. Though I most definitely prefer my Wuyi oolongs roasted, this was still a fun little tea. I’m glad I took the opportunity to try it.

Orchid, butter, violet,macadamia, and almonds, oh my. A little bit of a sweetness, some viscousness, a lingering floral aftertaste, and medium longevity. I did gong fu in my 30 second increments, grandpa and western a while back and I greatly enjoyed it. It tasted like a lightly baked baozhong, and this was very approachable and goes in my category of “Need to try again,” even my own small amount. If I did not already order a decent amount of teas…