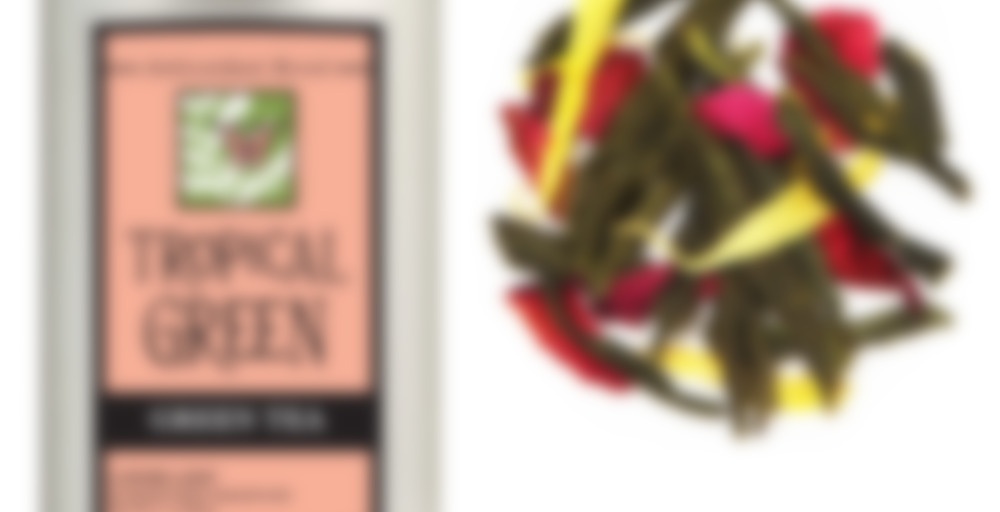 by Octavia Tea
74
You

Experience the romance of the South Pacific with this flavorful blend of exotic passion fruit, mango, grapefruit and fragrant green tea. This healthy, refreshing blend is rich in antioxidants and anti-aging properties. Excellent hot or over ice.

I got this in an Amoda box and I’m not a lover of greens so I wasn’t quick to jump on this but the base is completely undetectable. Seriously. I am only getting a cup of tropical fruits. Fresh and delicious. It’s like drinking juice. Papaya is the strongest element but pineapple is also lurking in the mix, as is mango.

Cold Brewed this sample from the January Amoda box!

It’s funny that I ended up with an Octavia Tea blend in the box because I did a big(ish) Octavia Tea sample order on Black Friday – I ended up with 10+ teas from them that, for the most part, I was the first to review here on Steepster. I easily could have wound up with this one, though in the end I decided against it because of the green base.

To my surprise, I got to try it anyway!

Smell wise, this one reminded me a lot of Tea Desire’s Asia Cocktail blend – both smelled heavily of mango and a jumble of other tropical fruits, passion fruit for this one and lychee for the former.

Taste wise, this came off fairly close to having a single flavour note for me; it was solidly a mango flavoured tea. The mango flavouring was good though – it reminded me a lot of the mango flavour in the Mango Sorbet white offering from this company, and that tea was one that I was pretty impressed with. As someone who isn’t typically a mango fan, I like how this company conveys that flavour! It just works for me; would is work for someone who actually likes the fruit? I don’t know…

It wasn’t totally a flat mango taste though; while I couldn’t taste the grapefruit at all I did pick up on the passion fruit a little bit. It’s not a flavour combination I would have really thought about prior but it works well. The green base was pretty grassy, but smooth and silky. I’m sticking with my initial impression based on the smell; despite a slight difference in flavourings this really reminds me of Tea Desire’s Asia Cocktail blend, though with a better quality base?

I wouldn’t purchase this one again; while I initially also really liked Asia Cocktail I soon grew very tired of it and I fear the same would happen with this blend, and since it’s a green I know I wouldn’t turn to it that often – but it was a good offering from Octavia Tea and Amoda and I’m glad I didn’t miss out on trying it!

Dry leaf: colorful rose pink and gold flowers. IDK what they do for this blend, but ah, well. It’s smells sweet and tangy. The Chinese sencha-esque leaf lends a light vegetal flavor.

Leaves: Dry – thin and flat green leaves. The colors are not quite as vibrant as the photo
Wet – dark green leaves with those little pink and yellow flowers. Had an unpleasant sour smell.

Notes: I love the combination of drinking tropical or summery things whenever it snows! Funny enough, Amoda tea had the same idea. They even mentioned it in my monthly box. The pineapple was fresh and juicy, the body was light and bright. It was quite refreshing. I am sure it would taste great iced! The green base was quite complimentary, the palm tree-like leafy greens quality gave the brew a spinach like freshness. Once I got away from the oddly sour-smelling leaves, I really enjoyed sipping on this while I watched snow fall outside.

I brewed this in my French press and decanted it into my favorite travel tumbler.

Glad to see someone else doing the Amoda box! Have you tried the Hawaiian Ginger Jasmine yet? I’m curious to see what someone (I think) less biased towards ginger thinks of it!

I’m obsessed with ginger! Really excited for that one. I’ll let you know!