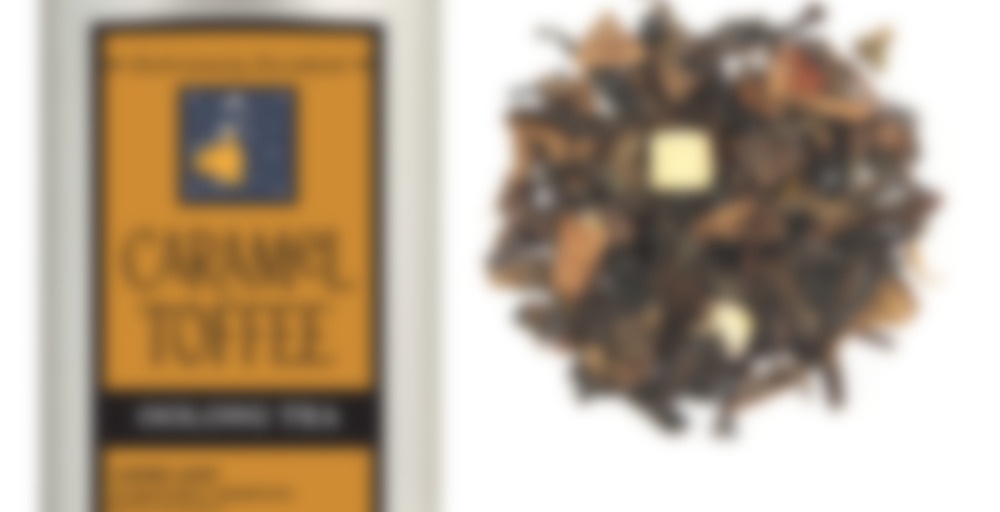 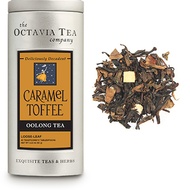 by Octavia Tea
84
You

Invoke a few moments of reverie with this deliciously decadent blend. Deep, melt-in-your-mouth caramel and rich, buttery toffee compliment the dark flavor profile of this heavily oxidized oolong. The perfect substitute for heavy, blended coffee drinks, Caramel Toffee keeps cravings in check and rings in at just a few calories per cup. Oolong tea is rich in antioxidants and praised for its metabolism-boosting properties.

Compared to other oolongs, the base tea used in this blend is more heavily oxidized, which gives it a richer, deeper flavor profile that is closer in character to a black tea.

Hauled this one out. Nothing to add to what I’ve said before.

If anyone is wondering what happened to my longwinded rambles of before, I,’all tell you. Still no WiFi chez moi. However, a friend gave me a teeny tablet which makes access out in the world far easier. I am grateful. That said, the thing is a PITA to use and messages disappear. And who in their right mind wants to spend hours in a cafe typing w a little stick. Especially a tea drinker who has mountains of tea at home.

This dark roast oolong gives all the indicators of a black tea: citrusy sharp and gently sour Ceylon really, but it’s not. The hazelnut brittle adds that caramel toffee thing, but the nut element is slight. The scent is very buttery nut brittle though, and that in itself, is quite luscious.

I’ll see how things go as it cools, adding to this then.

Adding…The tea develops a bit of puerh depth as it cools a bit with a caramel overlay. It reminds me very much of a puerh toffee creation by another blender, DTs perhaps.

This sourness though is not working for me. At all.

Well, I guess I’ll log this as a sipdown, seeing as there’s none left. Sigh. 937, though. Tidying up my spreadsheet maybe will get me a bit lower than anticipated… (fingers crossed!)

As before, pretty tasty tea, along the lines of other caramel teas, with a nice soft oolong base.

I got this in one of my Amoda boxes.
I liked it, pretty tasty!!! It was really caramel, with just a hint of nut. I would have liked to have been able to taste some of the oolong, but it seemed to be buried under the flavors.
This was just a solid caramel dessert tea.

I really liked it – drank the last of it last night. Will be misses, but I need to STOP buying from every interesting new company…

This is a Caramel Toffee Oolong and I love that it delivers on this promise. I am getting lots of luscious caramel and toffee flavors, a sweet, nutty flavor from the Oolong which melds beautifully with the caramel and toffee. It tastes sweet and decadent … it’s completely YUM! Not to be missed!

Why is the weather so weird lately? Took a nap and when I woke up for dinner…. sssoooo cccold. So I had this tea with dinner. It’s nice and warm :) the caramel toffee taste is tasty. I don’t think I like it enough that I’d have bought a whole tin of it. It’s good that I got it from my amoda tea box so it’s more sample size.

I have enjoyed this several times already. I love it as a breakfast tea in my travel mug on an offensively cold day. The dry leave smells a little artificial, but that doesn’t translate in the brew. Instead, I get a lovely, creamy caramel toffee blend. The flavors are dead on without feeling overwrought. The base is dark and woody, complementing the flavoring. I find this really creamy on its own, but I bet adding some milk or dairy substitute would bolster that creaminess very well.

This resteeps nicely if you give it a long second steep (10-15 minutes). I accidentally left a second-steeped cuppa on my nightstand the other day and it was completely cold by the time I woke up. I decided to give it a taste and OMG it is amazing iced. Absolutely wonderful. I would totally advocate this as an alternative to fruity iced teas in the summer.

All in all, another winner from the Amoda box. Something I would strongly consider restocking.

this was a lovely MissB treat!

now obviously i don’t taste the caramel…. what i do taste though is well ripened anjou pear and brown sugar against a dark oolong background….. a lovely pear curl. (i say that normally liking pear particularly in tea). this is the smell of a pear crumble with fresh pears picked right off the tree…. basted with brown sugar…. gooey in the oven.

this is lovely. thank you so much MissB!