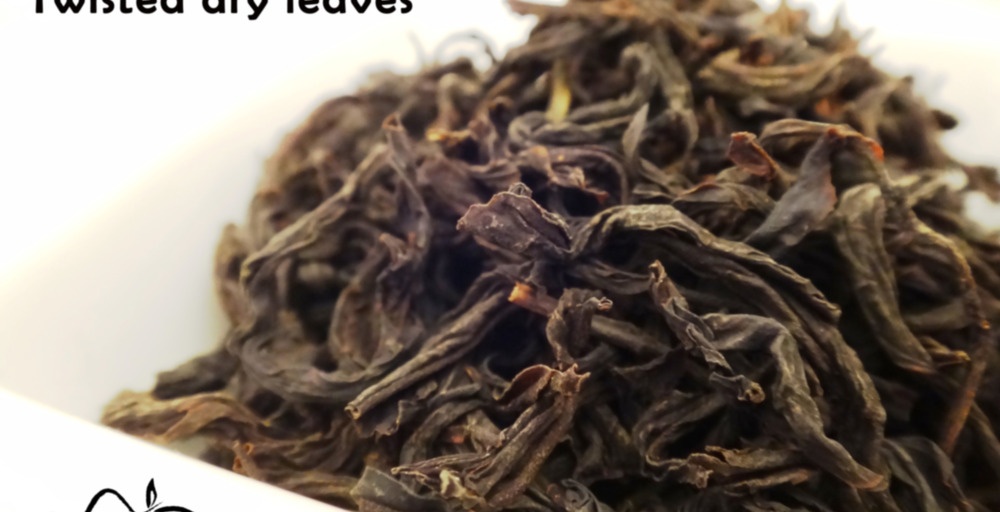 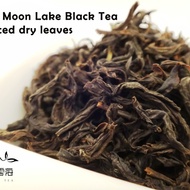 by Nuvola Tea
84
You

Sun Moon Lake Black Tea is a bright reddish-coloured tea with a fresh fruity and caramel scent. It produces a balanced, wholesome cup with an exquisite mellowness that warms your body and enhances blood circulation.

This is a sample sent for review by Nuvola Tea. Thank you!

This is the fourth Ruby #18 I have tried, yet it always catches me off guard. It is called black tea because of the level of oxidation but when you steep it it is so light and golden.

If you need a tea for work or busy times, this one is a good bet because I don’t think it is possible to ruin it. Boiling water? No problem. Something a little less than boiling? That is okay, too. Forget you were steeping it? It probably doesn’t matter. This one doesn’t get bitter or astringent unless you leave it for a really long time, longer than I have managed to forget it. I have yet to ruin a cup.

And it resteeps, really well, in fact. This is a black tea made from a hybrid tea varietal and made in Taiwan where oolong teas prevail’ so you can treat this a lot like a oolong.

Everyone needs to try a Sun Moon Lake (Ruby 18) sometime.

An excellent black tea from Nuvola. Sweet and plum-like in flavor, with notes of caramel and cocoa. Hints of malt. Pleasantly mellow, a really good afternoon tea.

Here is my full-length review: http://sororiteasisters.com/2013/02/03/sun-moon-lake-black-tea-from-nuvola-tea/

Purchased some months back, I’ve steeped this quite a few times but haven’t written a review yet.

I had a lot of expectations leading up to my first steep. This was only my third time trying a Sun Moon Lake from a different company, but it has such a charming and unique strong flavour. But all my worries were washed away the first time I tried Nuvola’s SML. It’s definitely the real deal, and it’s not too weak either.

Tasting this tea again today, it still fulfills my expectations. I don’t drink it very often, and usual reserve it for special occasions or for a treat.

Thank you Nuvola Tea for this free sample! I didn’t expect this tea to be delivered this soon, so it was a wonderful surprise to find in the mail this morning.

Leaf Quality:
The leaves of this black tea were very long. The dried leaves had a texture that reminded me of charcoal. The brewed leaves were a reddish-brown, and smelled wonderful. They carried the aromas of malt, chocolate, and a slight spicy note- very different than other black tea leaves.

Brewed Tea:
The brewed tea was coppery-brown in complexion and smelled the same as the leaves. It tasted very mild, malty, and floral with a sweet, minty aftertaste. My second sip yielded a sweet and buttery taste.
Second Steeping
This brew smelled more savory, and tasted more floral. The malt had toned down quite a bit, and was soon overcome by a mild fruity aftertaste. The spiciness from the first brew was absent. I liked this brew more than the first.
Third Steeping
The color of this brew looked more like that of an Oolong. It was floral, sweet, and buttery. This was a very nice tea.

This is a mild, savory, and slightly floral black tea good for any time of the day. Thank you again, Nuvola, for the sample!

Well, I wanted something with flavor, and boy did I get it with this one! I am certain I have overleafed here. I have got to find that kitchen scale. I used about 3-4 heaping teaspoons for 8-10 ounces, but in my defense, the leaves are very, very big and this didn’t feel particularly heavy. It is a very nice tea, with notes of plum and a little bit of spice. It’s definitely bitter, but I doubt that would come through if I’d just used a little less leaf.

When I opened the sample packet, I thought it was the most glorious and unique black tea I had ever smelled. It really is quite different from what I’m used to, and I’m not quite sure how to describe the aroma. It’s my first black tea from Taiwan. I will see how it develops over a couple more steeps, as I noticed LiberTEAs mentioned that she liked the second steep even better than the first.

Steep 2: The flavor still packs a punch, even on the second steep when I doubled the water to tea ratio. I think this could have gone easily for three sessions, and I’ve dumped it all in the one, which…is a little sad because I’m unlikely to buy more of this unless it goes on sale. I would definitely get this again. I realized that the wet cooled leaves smell strongly of honey — just like when you first open a jar of honey. I want to say orange blossom honey, but really my sniffer is probably not good enough to differentiate between honeys. This much caffeine a few hours before going to bed was a terrible idea, but I will not waste this tea.

Edit: This has a very strong aftertaste that I don’t really love, but I don’t want to blame it on the tea when I’ve used far, far too much leaf. It’s a really interesting and complex tea, but it’s…kinda…a little bit too sweet plus a little bit too bitter and it just overwhelms me a little. The honey is a bit cloying, something I haven’t experienced with pure tea until now. Not sure I would buy this, but I’m glad I got the sample.

Thanks Nuvola Tea for this excellent tea!It is really good to sip in a calm evening while watching the beauty of nature
Full review is posted here http://foodssrilanka.blogspot.sg/2013/08/tea-reviewpremium-taiwan-sun-moon-lake.html