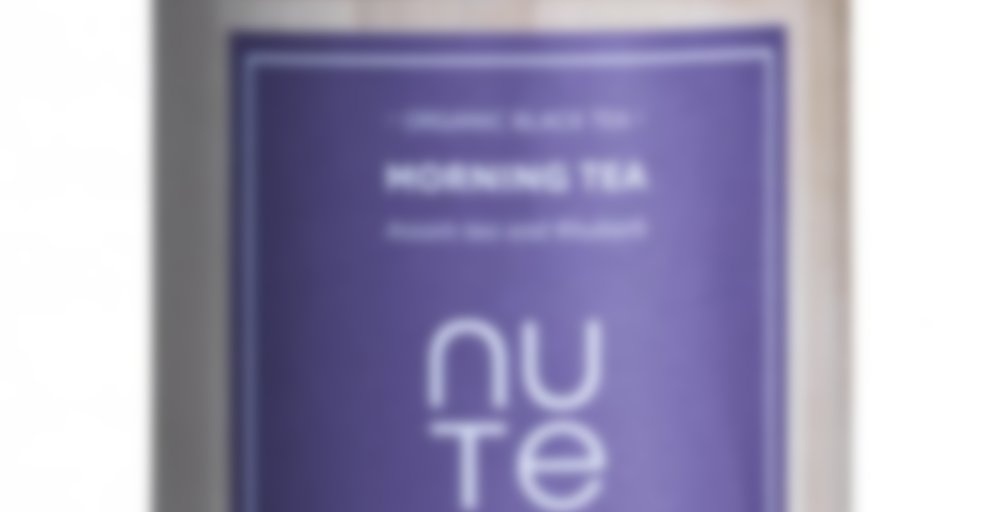 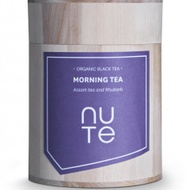 I came accross this tea accidentally when my brother brought if from a trip to northern Europe. What first impacted me is its packaging, which actually is a birch jar. The tea is organic, so I guess it makes sense…

Foreword and truth be told, I’m not a big fan of scented teas, or at least, this kind of sweet scented teas. This tea consists of a quite weak-tasting assam tea scented with rhubarb. I didn’t enjoy it very much. The scent of rhubarb kind of obfuscates the rest.

I would not recommend it but, again, scented teas are not my thing.

Hurray, I can now start in on my Bad Dog teas. We are pretending that I actually didn’t buy them until just now. In which case I’m totally allowed and not a Bad Dog at all.

Husband was quite keen to try this one, as he had developed a bit of a fascination with all things rhubarb lately. We shall be growing some in the garden. Just imagine that. A rhubarb crumble made with super-fresh rhubarb that grew in your own garden! Gosh, stop me, I’m drooling.

For a long time now I have consequently made flavoured black tea with less than boiling water. I find that if the water is around 90°C or so, as opposed to 100°C, flavourings tend to present themselves better. It always makes me pleased to see when a company recommends less than boiling for a flavoured black. These people say 95°C, but my kettle doesn’t do that, so I chose 90°C instead. To be honest, the temperature in a kettle is never 100% accurate at all times anyway, which is why it amuses me a little when someone is unwilling to accept a kettle that can’t give you 1°C increments. (There was an annoying person on Steepster a few years ago who refused to accept less than one degree increments. She was… well, let’s be honest, I rather considered her my best enemy. Always good for an eyeroll. No need to name names though. Those who knew her may know who I mean. Those who didn’t, well, they don’t really need to, do they?) There will always be +/- one or two degrees to whichever temperature you ask it to make. It really doesn’t matter.

This is also flavoured with strawberry which becomes apparent when tasting the tea. It really tastes more like strawberry than rhubarb. There’s a bit of tartness to it, suggesting rhubarb, but it’s strawberry, mostly.

The base is Assam which… Hmmm… It’s nice, but a bit peculiar in combination with the flavouring. It’s like it clashes a little bit. It’s possible that this might grow on me though, and it’s quite a pleasant tea to drink otherwise, as the rating shows, but it’s not all that it could be. It’s not really rhubarb for crying out loud. Certainly and sadly not my favourite red fruit, favourite strawberry nor favourite rhubarb.

If it does grow on me, I might adjust the rating further upwards. For right now, I’m happy with an 80.