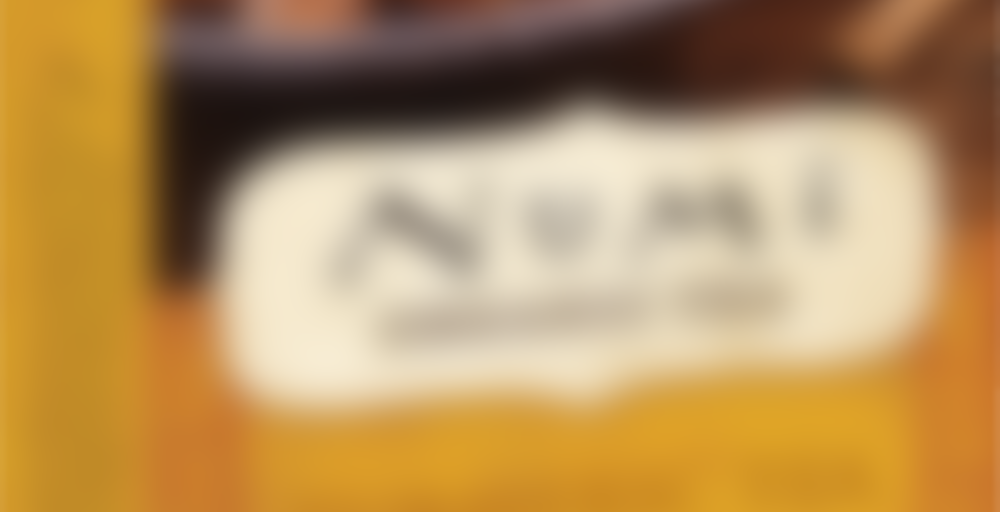 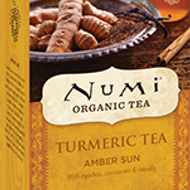 by Numi Organic Tea
80
You

Spice Quest Episode XII: A long time ago in a tasting note far away…

…a wizened-up, weary Jedi clerical worker was freezing in her hundred-year-old office, buried under a pile of second semester paperwork and 1099 proof forms, barely breathing out of only one nostril, and was delighted to dig through the rubble and find one tiny packet of Turmeric Amber Sun imported from the spice mines of the far West…

Courtesy of Michelle, this was a nice, warming afternoon change of pace, although I agree with previous reviews. It isn’t what you expect. It doesn’t lead with the heat, it’s significantly more savory than you’d think, and is much improved with the contents of a honey straw. However, it warmed the bones and opened the throat. Mission accomplished.

I was quite enjoying that intro. No need to stop yourself if/when you feel another urge come on.

Ha! I will send more tea if your notes will all be as creative as this one.

Back some years before many of you were Steepsters, one of the regulars at the time ran a limerick contest. I’ll have to fish a little and see if any of the entries survived the discussion board.

That’s awesome gmathis, what was in the tea box, do you remember?

I love this! And where did all those people go?!
We are all still drinking tea here.

Steepster has always been home to extremely kind, quirky, creative people…I wish I knew the whereabouts of some of those who drifted away. Should we conduct a missing persons investigation? Memories of the box itself are fuzzy … I think I got to try, for the first time, either corn or barley tea.

WOW but your limericks were great, gmathis. Thanks for digging that up for us. :D (and your fun intro to this tea note… I always like your writing!)

At some point I bought another package of this… so even though I think turmeric tastes of dirt, I like this enough as a latte to keep buying it. Idk.

Anyways, I had it as a latte today. 50/50 with milk, and with a small spoonful of honey (to help the medicine go down?).

Three years ago, gosh. I was at my aunt’s, on the second night of starting an anti-depressant medication. My brain – it felt like I was I was on acid. She keeps a drawer of at least 20 different bagged tisanes, and I remember packing 1 of each with me to take on my bus ride back to the city a few days later. I couldn’t handle caffeine while my system became tolerant to the first few weeks of the medication. After that round of anti-depressants, I vowed to never to take them again. I learned a lot during that period. TMI? I don’t care.

Bought a box for work, for the cold season. Brought a few bags home.

I’m a fan of turmeric, but this just tastes too savory for me. Like old curry powder, where the only thing that stands out is brothy, flat turmeric. It lacks the mellowed ginger-like spicy bite and earthy warmth of fresh, dried turmeric root. As stated in my note from three years ago, the vanilla is not enough. Cinnamon and cardamom, where are you? Rooibos and honeybush, you, too.

Numi teas, you’re not worth the price.

First week with pills like that are always, always awful. I remember my first month like it is yesterday. Awful experience, indeed.

Awful getting on and super awful, for many of them, getting off. One wonders whether the in-between time really is worth it. For some, it may be. However, Research has shown that daily meditation has exactly the same efficacy rate. I’ll go with that.

The initial side effects and withdrawals are horrendous. I’m not sure which was worse between the mania, insomnia and shits in the beginning, or the brain zaps, nystagmus and Parkinson’s-like shakes during withdrawal.

I’ve always struggled with recognizing when I’m feeling emotions. So many years of ‘all brain, no heart.’ I had gotten heavily into tea a few months before starting medication and joining Steepster. Sitting multiple times daily with tea became a wonderful diversion and meditation tool. Support systems are key, and listening to yourself. Not listening to or denying your essence leads to cognitive dissonance, which in my case, has been the source of major depressions. I have my own woo-woo theory on the neurological mechanisms that manifest major depression through cognitive dissonance but I am surely no neuroscientist, so I keep that to myself.

I hope the both of you are doing well, and anybody else who might read this note in the future. Let it happen.

Agreed. Listening to self and being aware of what is going on with self is essential.

A very sweet entertaining easy to read book on this theme—How to Be Miserable—40 strategies you already use by Randy Paterson. Recommend.

I am finding Therapy In A Nutshell on youtube helpful. I have notes everywhere…let yourself feel your feelings. Feelings change and they won’t last forever. Feelings are not good or bad, they teach us something if we let them. We can not protect ourselves from every bad emotion – grief, pain, fear, and we get anxious if we try to prevent them entirely. Gratitude is important and can be practiced. Look for beauty and focus on it for a few minutes each day. Awe and wonder do a lot for our mental state. And for me – breathe. That has been a biggie for derailing the runaway train. Those are just my takeaways and perhaps oversimplified, but are a few of the things that have helped.

Evol: that book sounds like something I would enjoy!

Wow, I love you, guys! This is my support group right here!

Ashmanra, those are excellent tips. Thank you.

Re book, yes. I think you would enjoy it. Parts are hilarious. I think every household should have one. Google it. You can read a few pages of it on Amazon.

I’ve started listening to ashmanra’ s playlist and here is some you mentioned, derk. https://www.youtube.com/watch?v=X1RETMlk8rc

At least you can say you tried the medication? but it’s definitely a tricky balance for every person on if a med is hurting more than helping. At least you found tea, Steepster and my favorite Tame Impala song. :D

Some great words in here. I’ve been struggling in particular lately and this all resonates. Sometimes we forget the simple things we need to be human. So like you all said, breathing, meditation, gratitude, supporting, feeling and accepting, and plenty more (drinking good tea?). Still figuring out the full list myself!

Also, good song. I listened to it a lot during my junior year in college.

We are all just a message away if you need it. I open that to anyone on here who may need it.

I second that, mrmopar. I’m grateful for all of you kind and friendly listeners.

And I third that. These are difficult days. Community helps. Tea people, generally speaking, are good people.

I fourth it! I am a listening ear if needed.

Never TMI when figuring out health stuff. There’s a lot of wisdom and experience in the Steepster community~

Thanks for being a Tame Impala buddy :)

Personally, I am not a fan of turmeric’s flavor. I tried this tea, but was not a big fan. I am sure if you like turmeric, it will taste just fine. I will stick to turmeric in pill form to get the benefits.

Just finished my first box, last cup right now. Turmeric has numerous health benefits and I wanted to get some of them-so why not through drinking a turmeric tea. I was skeptical of the taste. But it’s not bad actually. You can definitely taste the turmeric, along with a pleasant hit of vanilla. I do wish the cardamom cake through more, but what can you do? Overall it wasn’t terrible, thing I love enough to buy again and again, but I don’t mind it. If you are interested in the health benefits I would rxccomend giving it a try. A spoon of honey is this teas friend.

I love all the health benefits of turmeric and think this is a much tastier way of enjoying the benefits as opposed to the golden almond milk recipe I tried from Pinterest. I didn’t add any form of sweetener and felt that it was fine on its own. I will continue to drink here and there when I want to get my turmeric fix.