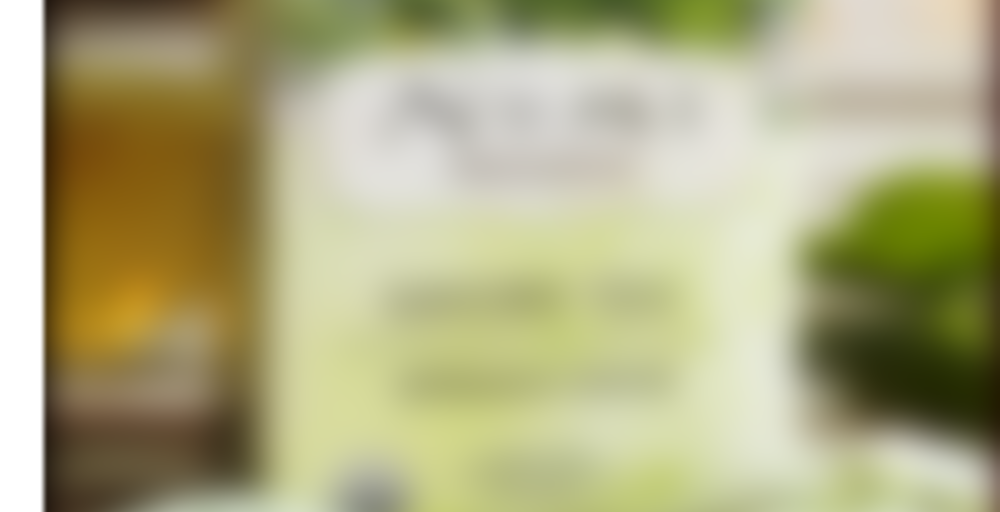 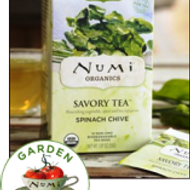 by Numi Organic Tea
77
You

Layers of steamed spinach greens give way to the mouthwatering fullness of this savory brew. The citrus notes of Numi’s Dry Desert Lime tickle the roof of your mouth as coriander teases your taste buds. Dill, chive and decaf green tea are the perfect finish to this wellrounded, yet complex, blend.

Back before Goodies Co. went out of business, I got a sample of this tea in one of my goodies boxes. I could smell the onion-y chive right away, from the moment I tore into the package. I could smell the other vegetables too, it reminded me a bit of a vegetable broth sort of smell, but with a hint of citrus.

Unusual but tasty. It’s a bit thinner than I wanted from it – it might be better if the tea wasn’t decaffeinated. It would have probably tasted more round and had a more satisfying taste and texture.

Mild and tasty though. Not bad.

Might make good for a broth with a name like that I am thinking. I have yet to sample their ‘vegetal’ vegetable line. Although good for you, I bet.

I almost didn’t try this tea because it sounded a little too out of my comfort zone.. I mean spinach chive tea… Don’t you mean soup?? Anyway in the end I decided to give it a go, what’s a TTB for if its not to get you tasting something you wouldn’t usually pick for yourself?? And I’m so glad that I did! This was actually very tasty… With a slight punch of citrus and a savory flavor dominated by chives this is definitely something I would buy!

So I just have a Youtube playlist going right now while I write tasting notes, and Oingo Boingo’s Little Girls just started playing and I swear I heard Tre say from his room “See, I told you” to his date – and now I want to know what he’s saying about me! Dammit Tre; I don’t say bad shit about you (often). And it’s a good song!

But the tea; this is the savory tea I was more looking forward to! And it’s totally ‘cause of the chive in it. Damn I love chives. I remember, when I was like six or seven, running through my Grandma’s garden during the summer with my brother and cousin and getting in so much trouble for picking all the chives out of the garden and eating them. But they were so fresh and delicious! I have no self control; I just couldn’t help myself. It was like they were asking to be eaten.

But dry; I don’t smell chives (or spinach, for that matter). Instead I smell an overwhelming amount of dill and a surprising amount of lime. The dill is so strong I was instantly reminded of when I worked at The Galaxy and we’d get giant boxes of popcorn shakers in the back, one of which was Dill Pickle. Occasionally you’d have to crack open one of the boxes when we ran out, and you’d be enveloped by a wave of whatever flavour the shaker was. When someone opened the Dill Pickle one it was so strong you’d just instantly go into a sneezing fit – and for the next two or three minutes all you could smell was dill pickle popcorn shaker.

So yeah, lots and lots of dill here.

And once I poured the water over it that didn’t change. This is like 90% dill, and then 7% lime, and I guess that last 3% would be chives? I can taste the chive, but just barely. There’s also a vegetal quality here (other than the vegetables I’ve listed…) that’s indicative of the green base. It works. So all in all I’m a bit let done because I wanted chives, like from my childhood. That tea sounded promising! But I still like this for what it is; I just think a different name would fit better.

Also, I feel like I should be dipping those Swiss Cheese crackers (you know, the ones with the holes in ‘em) in this. That’d compliment this tea so well. Like, so well.

EDIT: And I should totally be thanking Cameron B. for the sample! Durr.

Disappointing. I love fresh chives. I ordered a baked potato the other day because the menu said it came with sour cream and chives. It didn’t have chives on it, though, it had scallions. That’s such a different creature than chives. I was so disappointed.

Another savory tea to try this evening! This one sounds less weird to me, but I’m still worried about having any form of onion in my tea, lol… Oh well, I will try it anyway! Dry, it smells strongly of the added spices (coriander, turmeric, dill) along with the chive and spinach. I steeped mine for 10 minutes in boiling water.

It smells… spicy. Not in a hot way, but in a savory way. I’m honestly surprised that I don’t taste the spinach very much at all. What I do taste strongly is the lime combined with the chive, and it actually makes for a nice savory, slightly tart tea. The spices are nowhere near as strong in this one, and my tongue isn’t screaming out in pain. I do definitely pick up on the flavor of the turmeric and coriander though, and they complement the chive and lime nicely. Overall, I’m pleasantly surprised by this one! I actually like it a lot.

Swap arrived today! I think this is the one I want to start with :)

I FINALLY FOUND THESE DANG TEAS.

I went down to Boston for a couple concerts last weekend (One Direction because I’m one of those unapologetic pop music fans) and found this at a Whole Foods in Milford. I snagged the variety box and I’m absolutely in love with these teas. This one has been my favourite so far. At some point I’m going to do a real review of them, but for now I’ll just say that they’ve been very yummy.

This is a truly fascinating tea. It’s from Numi’s Savory Tea line and I really wasn’t sure what to make of that. A savory tea?

I received a sample tea bag and was pleasantly surprised. This was steeped for about 3 minutes and was consumed without sugar, cream, etc.

This doesn’t taste like tea, but it’s definitely good! It tastes green, with definite vegetable flavors, along with easily detectable culinary herb flavors. It also has a distinctive buttery flavor, which had a comforting effect. The bottom line: it tastes like a very light, but delicious soup!

I mainly consume loose leaf tea now, but I am likely to buy this for cold nights when I’d like a more substantial tea. If you’d told me a month ago that I’d try and enjoy something like this, I’d have laughed. But life is full of little surprises!

I bought the sample box of these bizarre-sounding tisanes and am looking forward to trying them!

I got the sampler too! I have to try the rest. Been too distracted with other teas lately!

I requested a sample of this and broccoli and cilantro from Numi. I never had anything like these savory teas before, and I was really hopeful. The idea of a broth tea hybrid sounds very promising to me.
I steeped it for 10 minutes like it says, and then took a sip. You know those flavored waters? The ones without added sugar that have the slightest hint of fruit? That’s how this tastes, in a warm veggie version. I through out the tea bag before taking a sip, so I couldn’t try steeping longer. I don’t know if the water wasn’t hot enough, if it needs to steep longer, or if it’s just the product itself, but I couldn’t drink it.