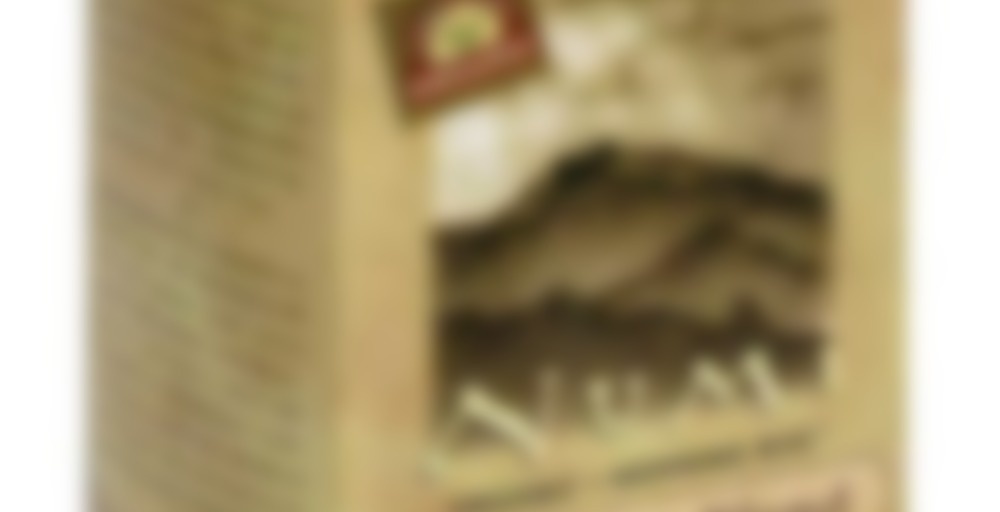 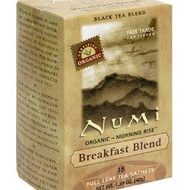 by Numi Organic Tea
61
You

Numi perfects the classic breakfast tea with this organic black tea blend, Morning Rise. Four of the most extraordinary black teas compose this hearty, complex, and exciting morning cup. Ceylon, gardened in the small and exotic country of Sri Lanka, bestows its strong yet smooth profile, while Indian grown Assam imparts a malty and robust depth. Keemun, from China, offers deep burgundy notes that complement the natural floral finish and fruity Muscatel of Darjeeling, cultivated on the mountain peaks of India. This rich, bold black tea blend has an unrivaled smoothness and a magnificent aroma resembling dawn’s early warmth. Let the morning greet you through the radiant daybreak of Numi’s superior Breakfast Blend.

I thought it would be interesting to try this side by side with the Numi Chinese Breakfast. And it was.

I like black tea, this much I know. But I haven’t yet spent a lot of time analyzing whether I like some black teas better than others. I do like the malty, sugary flavor of some blacks but I’m still too early in my journey toward (what I hope will be) eventual sophistication to be able to tell a Yunnan from an Assam from a Ceylon from a Keemun without reading what I’m drinking on the container it came in. I can sort of tell Darjeeling most of the time, but found it interesting when I was reading about Darjeelings that they’re sort of in their own category as they generally aren’t fully oxidized though they are considered blacks. Hmm.

Anyway, this is a blend of Assam, Ceylon, Keemun and Darjeeling, while the Chinese Breakfast is pure Yunnan. The Chinese Breakfast steeps up the more aromatic of the two, with a sweet, brown sugary smell. The Breakfast Blend has some sweetness too, but it is a paler, and less sweet aroma.

Compared to the Chinese Breakfast, this has a less robust flavor, which wasn’t at all what I expected. I was expecting that between the Assam and the Darjeeling, the Morning Rise would be more intense. Morning Rise is pretty ordinary and so there’s not a lot to say about it. It doesn’t stand out, even among other bagged black teas. I didn’t love Awake, but it had more flavor than this even though it wasn’t as smooth and well-blended. I’d pick Chinese Breakfast over this given the choice.

My mother’s surprise 60th birthday party went off without a hitch! But boy did I need this calming cuppa when the after dinner coffee/tea service came around. :-)

Bagged, will restock with loose
Aroma when Dry: hints of notes sweet, peppery, malt, woodiness
After water is first poured: spicy, peppery, hints of earthiness
At end of steep: warm, nutty, slight fruity notes
Tea liquor:
At end of steep: rich, leathery brown
Staple? Yes, will restock with loose leaf
Time of day preferred: Any when black, most used as base for chai in afternoon and evening
Taste:
first notes: noticed the bite of Darjeeling, then Assam, closing with Ceylon. Am not familiar enough with Keemun to detect
As it cools? Notes open up, tea sours a bit more, gets deeper,astringent
Additives used (milk, honey, sugar etc)? Not for tasting, but most used as chai base, adding masala, honey and steamed milk
Lingers? Yes, notes blending in the palate, mainly celyon closing

Blast! I have taken all my teas/tea supplies home from the office so I’ll have access to them over the summer. And then I realized I was out of paper filters. No great tea for me!

So I turned to my teabags. I really don’t have so many anymore, unless they’re for medicinal purposes, so I grabbed what I had and took them to work. This was the cup I started the day with.

It’s okay, but I’m glad to be purchasing some more paper filters tonight!

I’m drawing down my supply of random individual bags so I can focus on the teas I’m more interested in, and this one is on the chopping block today. The description on the package sounds promising, with its blend of Assam, Keemun, Darjeeling, and Ceylon. And I can see bits of leaf in the bag larger than the typical dust and fannings size.

In execution however, it’s less than wonderful. The color is a medium clear brown, and the aroma is light. The taste without additives is really bland; I’m not getting any of the distinctive flavors that I’d usually associate with the individual components used in the blend, but rather a very watered down “tea” flavor. There are vague notes of malt and pepper, but they’re very vague. With cream and sugar it’s tastier, but only because of the cream and sugar and not because it’s bringing out any flavors previously hidden. Disappointing!

Just a random that I picked up from the airport. Mixed it with some used Lady Grey teabags for additional citrus flavor.

Decent cup of tea from a bag. I can detect a slight briskness I assume comes from Assam and I pick up the smell of Darjeeling that I am learning to enjoy. I can see experimenting this with two bags for tea lattes.

This tea is pretty mild compared to some of the Breakfast teas I’ve tried and I’m not really picking out the malty Assam or the Darjeeling or Keemun so I’ll take their word for it that they’re in there.

But yeah, it’s gets a pretty ‘meh’ rating from me.

I can taste the strength and maltiness of the Assam, but the other teas in the blend are drowned out. I don’t taste anything resembling Darjeeling or Ceylon, though it does have some of the smokiness of the Keemun. It is defintely not a naturally sweet tea. It is most similar to Ridgways’ pure Assam, though I prefer that tea to this one.

It’s a blend of Assam, Keemun, Ceylon and Darjeeling. All I can taste is mediocre Ceylon — even after leaving the bag in extra time after tasting it at 5 min. No body, just tea-flavoured water. It’s not bitter or astringent, and, given its lack of body, quite easy to drink, but I certainly would not go out of my way for this one again.

I used to really like this one, before I got serious about good whole leaf.

Wondering how these boxes ended up in the retail graveyard that is Winners … The tea’s not stale. Best before date is Nov 2013. Interestingly, the Morning Rise foil was impossible to open without scissors; maybe this lot of bags didn’t get nicked.

I expect I’ll binge later on the Chinese Breakfast in the second box, then continue to take my chances with the others. Hey, Numi’s Aged Earl Grey and Monkey King Jasmine are good.

Boiling 7 min, 0 sec
Yours I Like This
2 likes
1 comments
Edit

Found out, by accident, that if you make a cup of this, leave it on a hot plate to steep and then eforget about it for 20 minutes, THEN you can taste a bit of Keemun wine. But the body of the tea remains very thin.