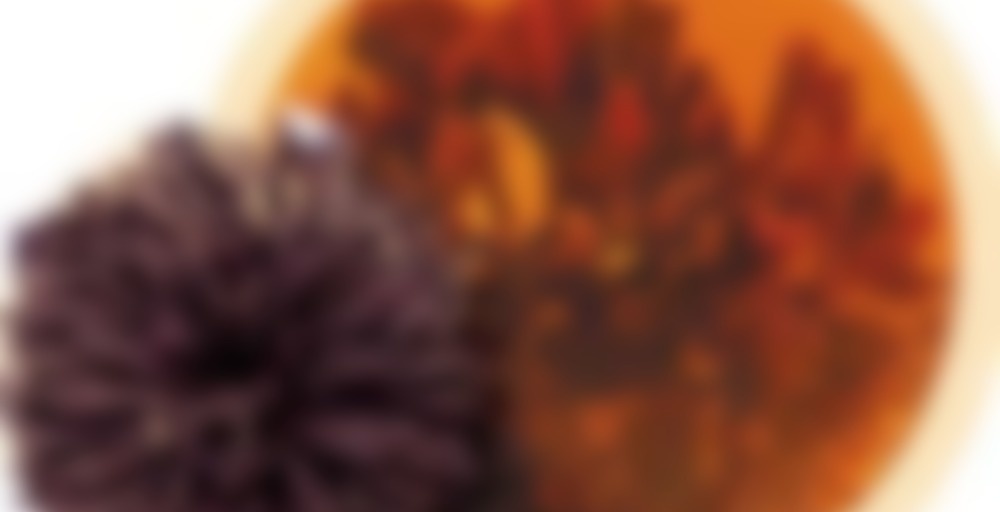 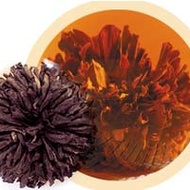 by Numi Organic Tea
66
You

Black tea leaves from Yunnan province in China tied into a single rosette, it flowers into a peony-like shape. The rich russet hue releases a floral aroma with notes of wine and molasses.

Did you ever see the movie Spirited Away? There’s a lovely little creature in there – it’s a dust bunny – here’s a link to a pic: http://kalafudra.files.wordpress.com/2009/11/spirited_away2.jpg

This tea looks like the dust bunny. Or a large sea anenome.

This was my favorite part of this tea. I didn’t steep it the 10-15 that the other people did, and maybe that was my fault. I steeped around 5 minutes. I found it kind of bland.

It was pretty tho.

I knew from the website and the cheat card in the tester box that this display wouldn’t end up having a flower in it. It’s a bundle of beautifully sewn leaves that expand. At first it opened floating on the top, continually getting wider and wider. It got longer, reaching down to the pot, and then eventually it settled into the bottom of the pot (as shown in the above picture). The entire time the water in the pot continued to become more and more beautiful amber or almost maroon shade, darkening as time passed.

This time we let the tea steep probably ten or fifteen minutes in the glass pot before drinking, and maybe another five minutes in the cups as it was still very warm. The smell is dark and robust with almost a hint of spice. This one starts out a very, very strong black tea. Perfect for early mornings. It’s dark, deep and robust on first taste, with a slightly dry after taste left in your mouth after you swallow. Left to sit steeping (in the second pot of water) it for another maybe thirty or forty minutes, the Midnight Peony becomes smoother and even more elegant.

Seeing as I can’t steep a third pot tonight (it’s grown too late), I’m going to test the notion of leaving the bud alone for the next six to eight hours and trying to brew it’s third pot of it in the morning. I’ll write more about that tomorrow morning for if it worked or didn’t work. Thoughts on this one; This is a perfect morning tea in it’s first brew. It’ll wake you up without being abrasive or annoying. Left to steep a long time it’s the perfect night time tea; smooth, relaxing and maybe even a little sleepy.

I think I let this steep too long. I’m not really a fan, even though it flowered.