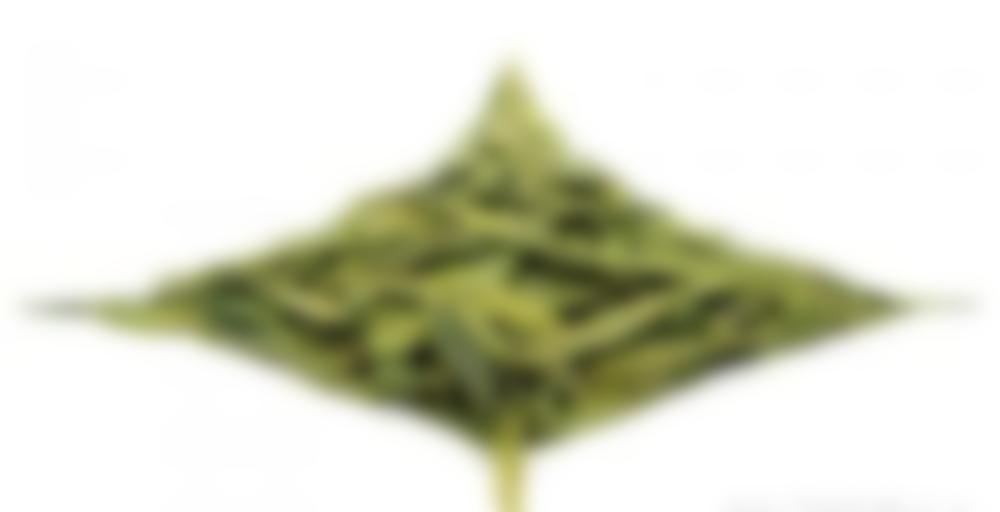 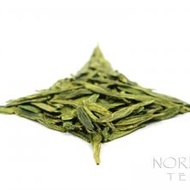 Long Jing is without a doubt the most famous green tea in China, if not the world. Long Jing literally means “Dragon well,” which is an actual water well located in the Xi Hu (West Lake) district of Hangzhou Prefecture. Green tea has been produced in the area near Hangzhou city since at least 750 CE/AD, and was designated as an imperial tribute tea in the early part of the Qing Dynasty (around 1650) by the Emperor Kangxi.

This is an authentic Long JIng from the Shi Feng mountain area relatively close to Xi Hu (West Lake). It was hand picked and traditionally processed in late March/early April, 2011. The cultivar used is the traditional Long Jing varietal, which is becoming less popular among producers in the area because it begins to sprout a week or so later than more recently developed Long Jing #43 cultivar. The reason #43 is becoming more popular is because the producers can get their product to market earlier than the traditional varietal, and the earlier the Long Jing gets to market, the higher the price it fetches. The producer who grows and processes this tea is a purist, and they insist on using the traditional cultivar because of its distinctively nutty and thick flavor and its appearance, which is more yellow-green in color than the very green #43.

The distinctive flat leaf shape of Long Jing is a result of the pan firing process used. Green leaves are loaded into a relatively low temperature wok (175-212 F) and tossed by hand to kill the enzymes in the leaves that would otherwise cause the leaves to oxidize and begin to turn brown. After the leaves begin to soften, the tea master begins a process of repeatedly pressing the leaves against the surface of the wok and tossing them away from the hot surface. This is not an easy process to do properly, and it takes a lot of skill to keep the leaves from scorching and turning brown if the leaves are pressed too hard or too long against the hot surface or not taking the flat shape if there is too little pressure used.

It is what I consider a good quality, everyday-grade Long Jing. It made up mostly of one bud/two leaf sets and some leaf material that is larger than the very exclusive higher grades from the producers in the area. It has the classic, nutty and vegetal flavor profile with a beautiful, pale yellow/green liquor. In the mouth, the liquor has a full body and nice, long finish.

Steeping this tea Gong-Fu style in a gaiwan works beautifully, and a more “Western” approach also yields very good results as long as you start out with lower temperature water to avoid extracting bitter flavor compounds. But, I highly recommend using a very informal “grandpa style” approach. Simply place a few pinches of the tea leaves in a highball glass, pour in 150-160 F water and let it steep until most of the leaves fall to the bottom. If any leaves remain on the top, simply blow them out of the way before drinking. Then, when you run out of water, just add more to the same batch of leaves. Keep enjoying and adding water until the flavor is gone.

I did a comparison between this tea and one I’ve been drinking from Wing Hop Fung today, my first time opening the package of the Xi Hu. The Xi Hu is a 2011 tea, and the one from WHF was not so fresh—probably a 2010 harvest—but the tea tasted as I remembered it immediately after purchase.

The leaves are a pleasant bright green, smelling sweet and a bit floral. I started with water I did a comparison between this tea and one I’ve been drinking from Wing Hop Fung today, my first time opening the package of the Xi Hu. The Xi Hu is a 2011 tea, and the one from WHF was not so fresh—probably a 2010 harvest—but the tea tasted as I remembered it immediately after purchase.

The leaves are a pleasant bright green, smelling sweet and a bit floral. I started with 2 grams of each in gaiwans with 75 mL of 160°/71°C water to start, 30" first infusion, and the XiHu was sweet peas, very light on the nuttiness compared to the WFH tea, but nuttier than the average green tea. 20" second infusion again sweet and vegetal, lightly nutty. The 40 second 4th infusion was nuttier and less sweet. I increased the temp to 177°F/81°C for the fourth infusion, 1 minute, and the tea was notably lighter, mildly sweet. I did another similar infusion before upping the temp again, 193°F/89°C for the sixth infusion, 2 minutes, and the first sip was sweet, delicious, and it kept on as somewhat nutty sweet water, pleasant. Again upped the temp to 205°F/96°C for the 7th infusion, 4 minutes, just to see if there is anything else left in the leaves, and again, it was sweet water, a little bit vegetal and a little bit floral, very mellow.

This is a very nice tea.