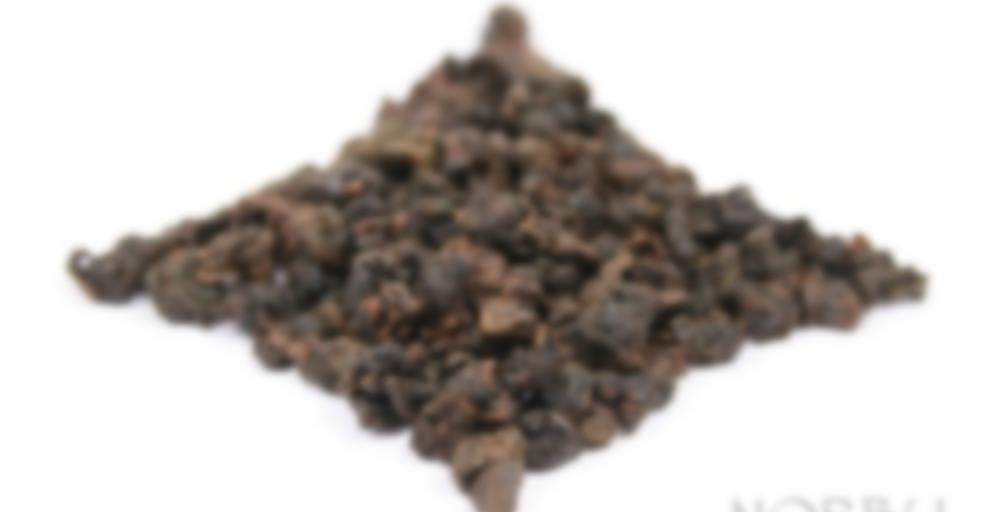 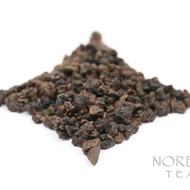 Since the intense floral nature of un-roasted Tie Guan Yin just doesn’t fit with regional Taiwan tea tastes & preferences, it makes sense that the traditional methods from Fujian province of tempering the strong floral/sweet aroma and flavor of intensely aromatic teas through a complicated roasting process has continued to be the norm in Taiwanese tea culture.

This Tie Guan Yin was produced entirely from hand picked, Winter harvest, 2009 Tie Guan Yin cultivar tea plants grown in Jenai Township of Nantou county, Taiwan. The leaves were allowed to oxidize about 30% of the way before they underwent the “kill green” firing to stop the oxidation process. At this point in processing, this Tie Guan Yin was as aromatic and green as its counterparts from Fujian province; however, this intense floral aroma is considered overpowering and undesirable by the traditional tea producers (and consumers) in Taiwan. To see for myself whether or not this was true, I actually sent some of our Diamond Grade Tie Guan Yin from Anxi, Fujian (an extremely floral & aromatic tea) to one of our tea grower friends in Taiwan last year, and I was amused but not surprised to find out that they considered it to be “raw” or “unfinished” tasting.

The all-important roasting process for this tea was done by a very experienced tea master in the traditional fashion over a period of several weeks using glowing (not flaming) charcoal that has been covered with ash (usually from burned rice hulls) to prevent flare ups and smokey tastes from penetrating & overpowering the tea flavor. With a lengthy roasting process like this one, there is always a danger of burning the tea, so it is roasted & cooled several times over a period of weeks to avoid ruining the leaves. The finished product is what I would definitely consider a traditional “full” roast, and the producer refers to this tea as 80% roasted. The resulting flavor of the finished product is a sublime mix of dark roasted grain and dried fruits and flowers. These tea leaves create a rich & mouth-coating tea liquor, and the aftertaste is lingering, roasty, nutty, and sweet.

The roast is quite dark, but to my palate it creates a much more intriguing, deep, soft & soothing tea experience than the simply floral “green” Tie Guan Yin oolongs from the Mainland. Both the green and dark roasted styles of Tie Guan Yin have their place in a well-stocked tea cabinet for sure, and I strongly encourage all the lovers of “green” style Tie Guan Yin to try this style too.

This was also part of a swap from Mel — thanks a lot! This was the first heavily charcoal roasted TGY that I’ve had. (I believe I had one from Life in Teacup before, but it was far less roasted than this one).

When I opened the bag, it smelled so familiar, like ‘dear old’ Houjicha. I was hoping this would be a wonderful cross between the roasted sweetness of Houjicha and the buttery flower of green TGY (at least, hints of floral notes or fruit).

Unfortunately, teaddict is right (other person to post on this one); it seems a little too roasted. Don’t get me wrong, it is a good tea and I enjoyed all 7 steepings (which, hadn’t really given out by the time I did), but there was very little evidence that this was a TGY. For the most part, it tasted like a Houjicha, but not my favorite one either.

Now, if I could find a cross between the two, that started with more roastedness on the first few steeps, but became more fruity or floral as the leaves opened, I think we’d have a winner!

I ordered a glass 5oz gaiwan from Norbu. It is so wonderful, and I totally recommend checking it out if you are consider buying one. I don’t use it all the time, but it’s quite handy. A sample of this tea came along with the gaiwan, which was a great surprise.

I was hesitant to try since it was charcoal roasted. I can’t stomach smoky teas for the most part. The dry leaf smells refreshing. Yay, roasted, not smoky! It has a small sweet wood flavor and chocolate hints. I prefer greener, but this is quite nice. It’s complex, so make time for this tea.

This is a tea that has been sneaking up on me. The first time I tasted it, I was a bit disappointed, thinking it was too dark, too toasted, not enough fruity sweet spice. But that was a gongfu session. But although it was not making me dance for joy, there was nothing particularly bad about it, so I set the rest of the sample aside for brewing thermoses of tea for the road.

I can’t really give proper brewing parameters, because I don’t measure out when I’m doing it for the thermos. But I put the tea in my 6 oz glass pot, strewing it across the bottom to cover lightly but not pile up—just a few grams of tea. Then I just start making infusions with hot water—195-212—until the thermos is full. How long or how short each is doesn’t matter too much, because at the end, they’re all mixed together in a quart of tea.

The first cups from the thermos are very dark, toasty, just a hint of sweet grain—rice? barley?—under the dark toastiness. Then, as it sits longer, it starts to sweeten, as though some of the deeper roasted flavor elements are being transmuted into lighter sweeter things.

I’ve noticed this effect—the seeming sweetness with long holding—in other deeply roasted teas, notably some Wuyis—but this one takes it to a whole ‘nother level. And I ended up buying more. Couldn’t stop with just the sample.

Love. Love. Love It! Smokey Sweet with hints of Coconut and Honey that warms the Tongue.