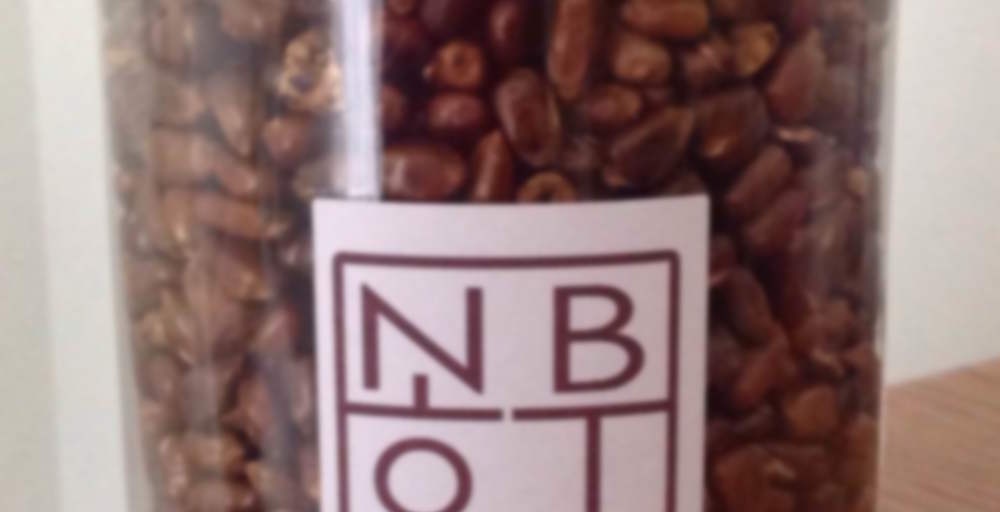 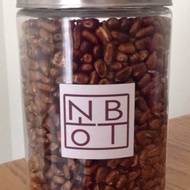 by Nongbu Korean Eatery
79
You

A local Korean restaurant served us this roasted corn tea and despite being initially skeptical, it ended up rocking my world. I think they just keep adding water and letting it simmer throughout the day because when we were served it, the liquor was a pale straw yellow and it tasted so buttery, like President’s Choice butter-flavoured corn nuts. Apparently, oksusu cha helps with kidney function, blood pressure, and diabetes. Who knows for sure but it sure does feel like it’s cleaning up my innards when I spend all day drinking it!

After my initial visit, I kept thinking about the tea (and the food since it was addictively delicious), and since the waitress mentioned that they sell roasted corn to take home and brew yourself, after a week of craving the buttery deliciousness, I went back and purchased a healthy-sized glass jar of the stuff.

Because of the preparation method, I find it’s something that you need to be home all day for in order to get the most out of it. The first time I had this at home, I poured half a cup of roasted corn into a medium-sized pot, let it get to a gentle boil, then reduced the heat to let it simmer for 20-ish minutes before trying my first cup. The liquor was substantially more pigmented than it was in the restaurant, a tarnished golden brown, and it was much roastier in favour, too. Less butter, more roastiness. As my mom and/or I would pour a cup, we kept adding more water and let it simmer until taking another cup, and even after doing this for 5+ hours, the colour of the liquor and flavour weren’t as soft and buttery as the restaurant’s.

For that reason, yesterday, I used less roasted corn. It’s been colder and rainy over the past few days, which are perfect conditions for staying in all day and enjoying oksusu cha. Instead of filling up my half-cup measuring cup, I filled it up about 2/3 full. So approximately 1/3 cup of roasted corn this time, and I found that it was more balanced this way. I got more buttery nuances from each and every cup. I started simmering the roasted corn just before noon, and by 4 -5pm I was all oksusu cha’d out. Not because I was getting sick of the flavour. No way! I was just getting tea-logged. I must have had 7-8 cups worth and felt if I kept going, I would have gotten a headache from over-hydration.

That’s the downside of oksusu cha. It’s not like you can just steep a cup in a few minutes and done, or prepare this in the morning before work, or at work. I mean, you can if you have twenty minutes, but seeing how amazing it gets the longer it simmers, that would seem like a waste.

It’s also common to find iced tea versions in Korean stores with sugar added. I filled up my iced tea jug with oksusu cha and refrigerated it the first time I made it. It was kind of strange. My mom described it as musty, which is accurate. I don’t think adding sugar would have been the answer, either.

Overall, two thumbs up. I’d have it more often if the process weren’t so time-consuming.

I wonder if a pinch of baking soda would help? Musty tea, no fun!

Interesting idea! It’s no loss, anyway, since I really love it hot.

I’ve had something similar in restaurants before, it is quite tasty! but I had no idea you could brew it like that.

I wonder if letting it simmer in a crockpot would work? I’d be worried leaving it unattended on my stove all day.

That’s precisely why I don’t own a crockpot because I don’t even like the idea of leaving a crockpot unattended either! But I’m sure it would also work.