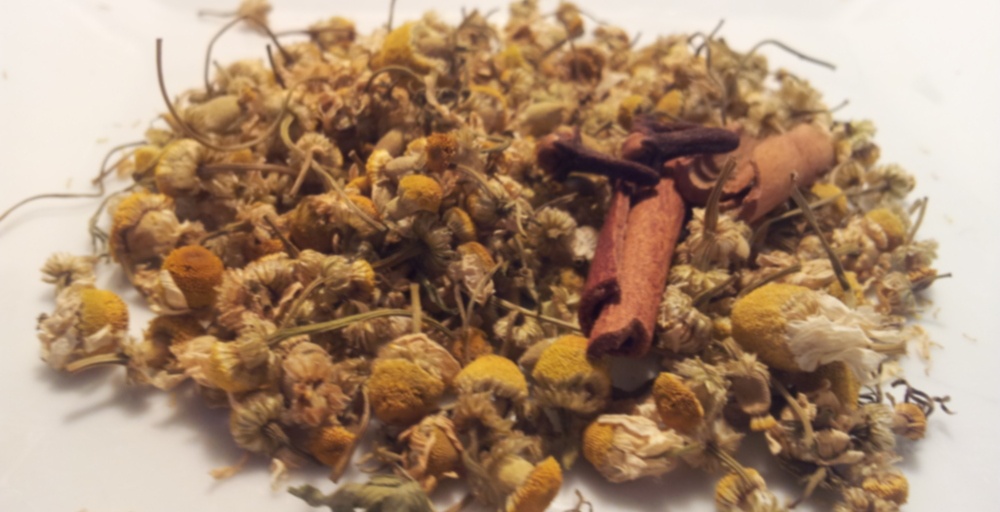 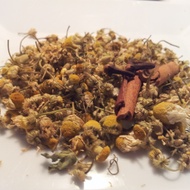 Lots of chamomile, with one clove, and half a small cinnamon stick in a 8 ounce teapot. Learn how to make it here: http://tunesntea.wordpress.com/2013/05/14/tea-triple-c-tea/:

About none View company

Ok so after drinking plain chamomile tea for a while, which I really like, I wanted to add stuff to it. I was kinda wanting to add a spice note while playing up the floral taste.


I decided to put my usual 4-5 tsp of chamomile in my 8oz teapot; I make it concentrate so i fill up the rest of the 8 ounces in my big 16oz cup with hot water. Then I put in one whole clove and half a small stick of cinnamon in, put boiling water in the pot and brewed for 10 minuets. After that I strained it into my cup and added 1-2 tsp of light agave.

I loved it! The clove really adds a nice vaporous floral flavor to accent the creamy fruity floral chamomile, while the cinnamon adds a nice sweet spicy tingle. This is easily becoming my night cape…. or was till I ran out of chamomile. I need to get some more soon.