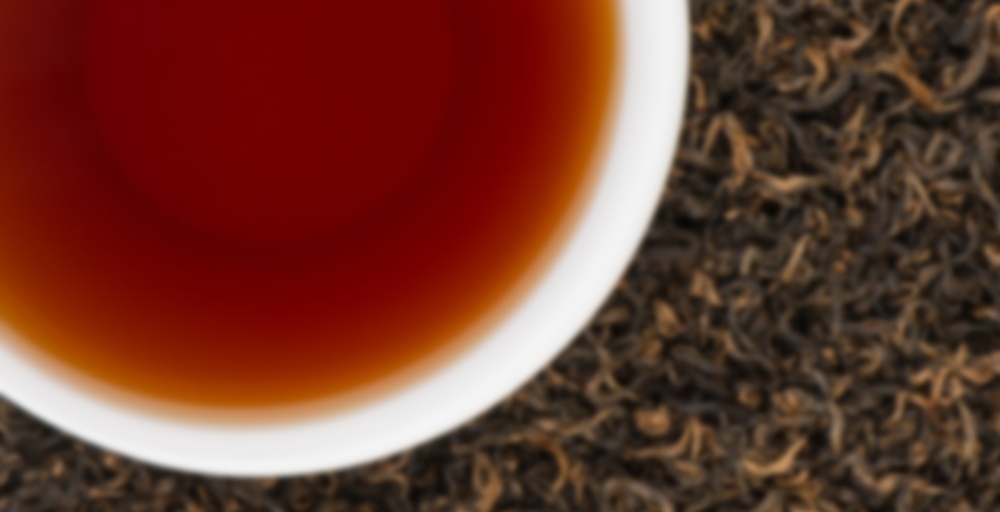 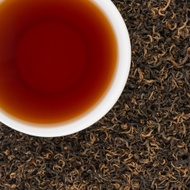 by Nepali Tea Traders
81
You

This award-winning tea is incredible and unique! Its distinct flavour begins with the soil this tea bush is grown in. In Sandakphu, the soil is golden red and absorbs up the monsoon rains. A mild and silky smooth black tea with flavours of stone fruits and honey.There’s an interesting balance here that is reminiscent of both a Chinese Yunnan and a fine Indian Darjeeling. A Must Try!

After a short summer season in Nepal, the Himalayan monsoon approaches the foothills with a magnanimous rush. The golden red soil of Sandakphu drinks in this moisture, producing a rare artisan tea that reflects all of nature’s goodness. After plucking, the leaves are 25 percent withered, then rolled in mechanical rollers. The tea is then placed in a shaping machine and further dried, producing uniformly curled leaves. The liquor is a distinctive rich golden color, with a cup that is mild yet flavorful, with a lovely balance of stone fruit and honey.

A sample from LP’s Regional Group Buy, which (like most things…) has been in my cupboard for a while. I’ve tried a couple of similar style teas before, but not from Nepal as far as I can remember.

This one is malty and sweet, with some decent baked bread notes. It seemed a little thin initially, but the flavour deepens considerably from the mid sip. I want to say “molasses”, and that’s kind of correct in terms of texture, but not flavour. The flavour is less sweet than that would imply, and more grain-like. Hopefully that makes sense.

I’m struggling a little with this one today, I think because I probably have the beginnings of a cold. I’ve enough left to try this one again when I’m feeling a little better, though, so hopefully clarity with return before too long! It’s great tea, but I don’t feel I’m doing it justice.

Hooray! The regional group buy I bought from LP on Black Friday is here, and I’m cracking into it today before I have to head off to DAVIDsTEA for work…

I’m starting with the black Nepalese tea because that’s the one I was most excited about; I have a particular fascination for Nepalese teas more than any other region/country so these were the teas I was most eager to get my hands on. I just love everything I know about the country; and the idea that the terroir is so similar to India’s really intrigues me as well because I do enjoy Indian black tea a lot.

I’ve even been off and on planning with a farm down in Nepal to come and work for them for a couple weeks during harvesting season – the only thing stopping that from happening, at this point, is just the money/travel costs. Someday, though!

I’m really enjoying this one though; the flavour is sort of medium bodied on the cusp of a full bodied flavour with a nice briskness to it. It finishes very cleanly, as well, with a honey sweetness. As far as body flavour goes, I definitely feel like the primary notes coming through are malt and raisin, with maybe a bit of a rye bread sort of mild undertone. There’s also something very autumnal about it; sort of the autumn leaf pile sort of flavour. As it cools down some of that fruity flavour described by the company comes though, but I’d argue more of a red fruit note than a stonefruit.

It’s nice! Very smooth, and clean. That keeps in line with the other Nepali black teas I’ve tried; all have had very clean profiles and medium(ish) bodied flavours. I’ve yet to try a Nepali green/white from what I can remember, so I’m really curious for those experiences next! I think I’m going to have a lot of fun with this group buy…

From the Regional Group Buy.

First brewed in a ceramic infuser mug, then in a glass tumbler with the same infuser.

Himalayan Golden Black looks somewhat like black Bi Luo Chun: small, downy, golden-tipped black curlies. My favorite aspect of this tea by far is the aromas. The packet is filled with the fragrance of bitter dark chocolate. I let the leaf sit in the pre-heated mug, covered, and this brought out cinnamon and cocoa powder. Ready for baking! Made me think of those microwavable cakes in mugs.

At first, I follow the packet instructions: 1 teaspoon per 8oz for 3-4 minutes. I like to get out as much as I can with loose leaf tea in general, so I go with 3 minutes. This produces – in spite of a rich golden color – a weak infusion. The chocolate flavor tastes watered down. I brewed the second infusion for 10 minutes. Even worse.

I couldn’t leave my experience with this tea at that since I didn’t think it’d be fair. I have another go-around with it later. I simply double the leaf amount. And this time, I timed the first infusion for 4 minutes. Much better results. Once I get passed the tannin and malt, the liquor is very flavorful and rich with notes of fudge-frosting brownies, cinnamon, and nutmeg. Liquid dessert. The next and last infusion is timed for 9 minutes and it tastes the same. (I had used a glass instead of the mug this time. Huge difference. I’m not brewing black/red tea in thick ceramic ever again.)

You may want to double the amount of leaf if you acquire this. It’s worth to do so. I’m very glad it worked out. The packet parameters make work for you – no harm in messing around.

I liked this tea for the morning. And as it smelled like a Jin Jun Mei, it tasted like a Jin Jun Mei too. Very dry with a slight sweetness, and very smokey and bready despite it being nicely light gong fu. Orange blossom kept popping up in my head when drinking it. Could just be me. I used a little less than two teaspoons beginning with 20 seconds at 180 F.

I personally enjoyed it, but I can imagine some people being turned off by it. It could just be solid black tea for some. I will try it western to see what I get different, but I like it just fine gong fu for now.

From the group buy – I’m terrible at reviewing in any timely fashion as this is a Sipdown.
At 212F for 3 min –
thick, slightly bitter (probably overleafed), malty, cocoa

This tea was okay overall, though I’ve had better teas that have similar profiles.

This was a nice, robust black tea: malty, mineraly, tannic, with a touch of sweetness in the later steeps.

The nicest thing about this tea is that no matter how much I steeped it, it never got bitter. The flavor was strong, but the brew stayed smooth.

This would make a nice breakfast or every-day-with-meals tea. It’s also nice for a beginner, since it seems to be difficult to ruin.

Thanks for sharing this one with me variaTEA this is my first chance to try tea from nepali tea traders (i think, unless my tea sister has sent some my way previously) and it was delicious! a very smooth cup, with a bit of maltiness and some sweetness. a little bready but just a great cup of tea to start the morning off. I’d pick up more of this for sure.

Thank you to Nepali Tea Traders for the sample! I suspect this is the same tea used for the base of their Masala Spiced blend. It’’s delicious. Apparently Nepalese blacks lack the astringency of most other black teas and don’t hurt my stomach. This one is mellow and bready with a faint apricot note. In later steeps, a strong honey note comes to the fore. I’m truly displeased that this is a sipdown. Once I get my cupboard under control, this goes on the keep-in-stock list. Though it seems like I’ve been saying that for years about various teas and my cupboard is still a mess…

You should! Their masala blend is a work of art.

One of my favorite straight blacks! :)

Thank you for this review and for introducing me to a new website for responsibly sourced teas. Can’t wait to place an order & try this tea!

Heh, I totally forgot about this note, but I did get some of this tea from Amoda during their Black Friday sale. At least I’m consistent!

Yay! I hope you enjoy it.