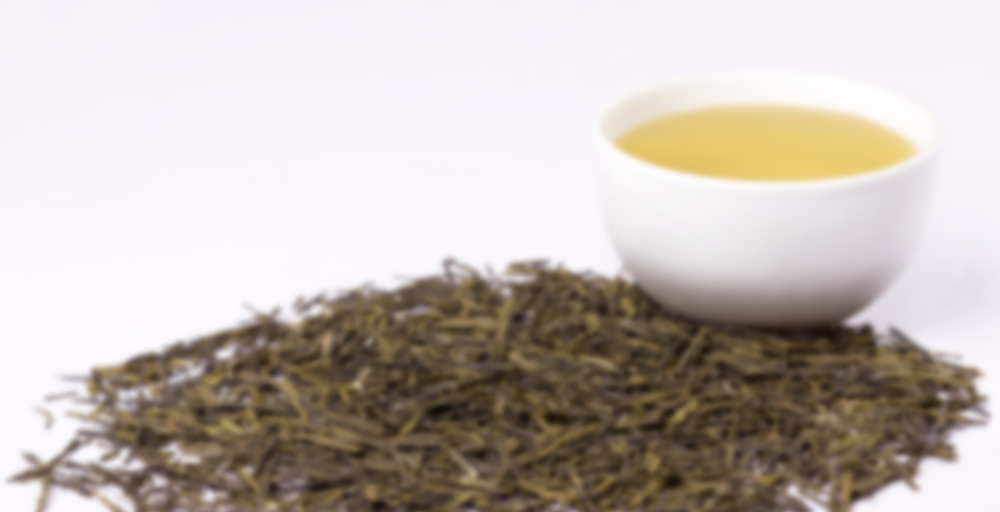 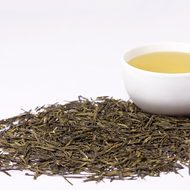 by Nepali Tea Traders
81
You

Grown and processed in the same way as the prized Japanese senchas, our green tea is cultivated in pure, rich soil with a high mineral content. This tea is steamed rather than fired shortly after plucking to create a distinctive, delicate tea rich in vitamins and other healthful benefits. Full leaf, loose tea available in pouches and tin.

Once more, a sample from the amazing Nepali Tea Traders!

I opened the bag, and it smeels almost exctly like a sencha, but there is something that makes it stand apart that I just can’t quite put my finger on…regardless the aroma is pleasantly grassy and very fresh, both of which suggest a very nice tea. I put this in my teapot, and steeped it with fooler water for 20 second, since I’m not familiar with the tea, and it’s better to be safe than sorry with green tea in general. The result is amazingly sweet, with a hint of grass thrown in to really make it taste authentic. The thing that really stands out is that the smooth texture and slight mineral flavor that I’m geting out of this tea. It’s a very nice addition to what I normally get out of a sencha, and I can’t wait to see what else this tea has to offer.

The much-delayed second infusion was steeded for 15 secodns at a bit of a warmer temperature than the first. The results has a bit more astringency, but still retains all of the sweetness to balance it out, resulting in a vey pleasant cup of tea. There’s an intereesting almost-metalic aftertaste that lingers on the roof of my mouth for over a minute as well, and I’m really pleased by this development. This tea seems to get better and better.

I talked to George (the owner of Happy Lucky’s) and he said that all the rules about timing from Nepali didn’t seem to work, so they threw them out and tried different times finding that some of the green tea’s that were bitter at first were fantastic when the time was lowered. Playing with time on these tea’s and noting them in reviews will help the next person since this is a new company.

oooh, I might need to order some of these. :)

I agree with Goerge, the timings don’t work at all. I wold never steep green tea for 2-3 minutes, that would make it fairly bitter, unless you use lukewarm water.

Organic Ilam Sencha Green Tea – Nepali Tea Traders
Dry: Fresh cut hay drying in the field, faint chestnut-toasted note, and an overall intensity like perfume.
Wet: Grassy, sweet pea, soy cream
Leaf: Long grassy shards, hues ranging from dark olive to mat, pale green, and variously textured on the surface with fine lines resembling Monkey King (where drying baskets imprint on the leaves in cross patterns that are distinct). Resembling preserved cut grasses and with some leaves nearly 2-3” in length. It does share a very ‘sencha’ hued and shaped leaf and the aroma is distinctly like a mid-grade Japanese sencha.
Cup: Bright lemony-white grapefruit hued liquor, with a delicate nose. Initial impression is one of weight and texture with a slightly granule-mineral imprint that then splashes with an electric, bright astringency, grassy overtones and sharp-clean citrus-lime zest hints. A small amount of particulate rests in the bottom of the cup and resembles yellow pollen, but the nature of the leaf would suggest otherwise. As one sips from the cup the mineral notes increase as does the impression of grassy-citrus, but the most notable characteristic is the building, cleansing texture on the tongue and the mouth rolling body. In many ways similar to the Chinese produced senchas that have been steadily supplanting traditional Japanese sencha, but with a much more dynamic mouth feel and a cleaner flavor that lacks the flat, grassy nature that is common to sencha replacements. I would lean towards shorter extraction times or the texture becomes too associated with astringency and then a bitter response builds.
Directions: Used 4.5g of leaves in glass vessel, covered with 1oz cold filtered water and then added 4oz of 180 degree water and steeped 2-3 minutes, judging extraction by color and aerating into second glass beaker to decant. Did a second hot steeping using 160 degree water for 2 minutes and then a cold steeping to finish.

As an afterward…I held a cupping of the Nepali Tea Trader’s teas at a local shop to great applaud and while I was packing up happened across a couple who were looking for a green tea and offered to share this rare tea with them (never calling it sencha) but identified it as a green tea from Nepal and they were spell bound. I cupped it out to them and they proclaimed it to be the best green tea they had ever had and they gravitate towards the story of the Nepali Tea Traders and their mission. It was a great moment.

I tried to write a note earlier and Steepster ate it. The response here was just as outstanding as you experienced. 45 people out on a sub-zero evening in a small town to taste tea is pretty good in itself.

What an excellent way to spread love of good tea.

And this: “If a tea is ‘green’ let it be so in its leaf, and let its name ring distinctly and elude to its native origins, development, culture, or mythology; don’t let it uniqueness hide it behind another region’s cultural term” I agree with wholeheartedly. Well put.

Sencha by Nepali is easily one of the best green teas I’ve ever had. It has a very smooth, clean flavor which improves as steep time increases. Ended up having 4 cups my first time drinking it; refreshing and tasteful.