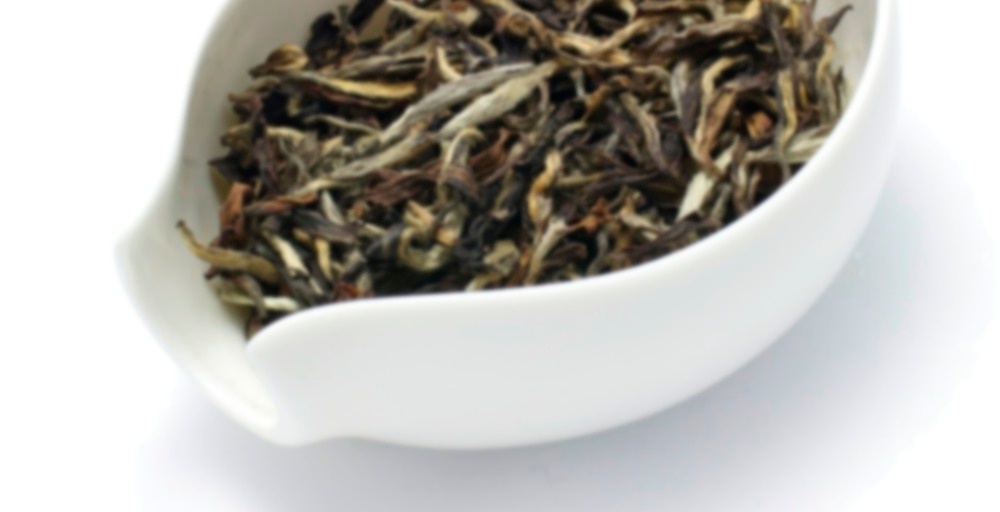 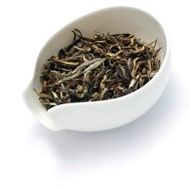 I got the chance to try this when Nannuoshan added it to the EU TTB some time back, and was so enamoured with my first aged white tea that I decided to keep the remaining sample. This is a very unique tea, and I can’t really do it justice this afternoon as it was drank while doing puzzles in the newspaper and not really paying attention to it. It’s sweet, but not mild, almost like nectar with a mouth feel just as thick. There are some honeyed floral notes and something like sweet hay. The tea has a faint humming qi which is warming and comforting without being too defocusing or making me drowsy. It’s like a woolly jumper in tea form.

Humming is a good descriptor. I will have to borrow that one. That’s an old white!

The third white tea from the Nannuoshan collection. Good white tea will age well and mature in flavor. You do not need to finish it off in a hurry if stored well. This one is from 2008. In the dry leaf I catch a complex blending of scents. This is leafy and deeply earthy. There is a touch of sour mixed with sweet. I also catch the fragrance of hay with floral overtones.

The leaf is very dark compared to their younger, Bai Mu Dan offering. It looks more mature with silver buds covered in fine downy hair. The leaves have only a slight hint of green. Mostly they are darker shades of brown, looking more like black tea at this point.

A 30 second steep in 195 F water results in a liquor that is clear with only a light tinting of yellow. The leaf remained mostly on the top of the water during the steep. After emptying the teapot, the leaves can be seen as chocolate brown and cinnamon.

The aroma is very suggestive of a black tea. Along with the leafy and peony floral notes, I detect a healthy dose of malt.

Tasting, there is a green leafy note up front, followed by a touch of ginger without the heat. After this, it turns a mellow mineral, followed by a mystery taste. It isn’t really potato. I am thinking maybe water chestnut, but not really. What is that familiar flavor?

Second cup, also at 30 seconds, had a plum aroma as I poured. The taste continues where the first cup left off with the addition of a peppery spice note up front. This cup also has a pleasant peony taste.

Cup three was steeped for 45 seconds. Weird, it is back to having a malty aroma with a much lighter plum note. This tastes much like the second, except the spicy note is much less pronounced. The plum that I caught in the aroma is also drifting in to the taste.

Sorry getting long winded. I’ll finish by saying this seems to pack a lot of cha qi. I feel warm and fuzzy, very mellow, yet very focused.

The dry leaf is gorgeous. Dusky, olive toned leaves are interspersed with vibrant green and umber. They’re covered with soft silvery hairs. The aroma of the tea liquor is intoxicatingly fresh, green, and sweet. It’s medium-full bodied with a thick mouthfeel. First infusions contain notes of fresh flowers, vanilla, rice pudding, sourdough bread, and some unnameable “greenness” that is neither vegetal nor fruity. (My first instinct was to say melon, but that’s not quite right.) I’m stumped. The closest approximation would be to say that it’s like taking a walk through the forest in late spring, after the rain. It’s lush and thirst-quenching. In later steeps a subtle spice note emerges and a taste like evergreen trees. It leaves a clean, cooling sensation in my mouth. It’s a delicate tea with flavors that were difficult for me to discern, at first. Not as hearty or “musky” as I expected it to be. I wonder if I should have brewed it differently. I have enough left that I will try a different method next time. As an aged tea it went straight to my head, and I find myself feeling warm, relaxed and a little tipsy. Great tea to end the night with.

I’ve been interested in trying some aged white teas, so I was really excited about getting to sample this from one Nannuoshan.

The dry leaves on this one are fluffy and light brown with many silver tips. Aroma is sweet and musky with notes tulsi, vanilla, sourdough bread, and old book. It’s hard to place yet very feels very familiar .

The first infusion brews up a nice medium yellow color. Like the aroma the aroma, it tastes of tulsi, vanilla, sourdough, and has a light citrus flavor like pink grapefruit. A smooth and mellow cup with a dried flower sort of aroma.

Later steeps have more sweetness and a thick, syrupy mouthfeel as well as raisin, ginseng, and fragrant wood notes. Good stamina, putting up with ten infusions.

The spent leaves vary from deep brown to light brown-green. They are fairly small with lots of buds and a rubbery, flesh-like texture appearance.

I really enjoyed this one! Thick, complex flavor and good stamina

I like Bai Mu Dan myself once in awhile, it is a great summer tea for me.