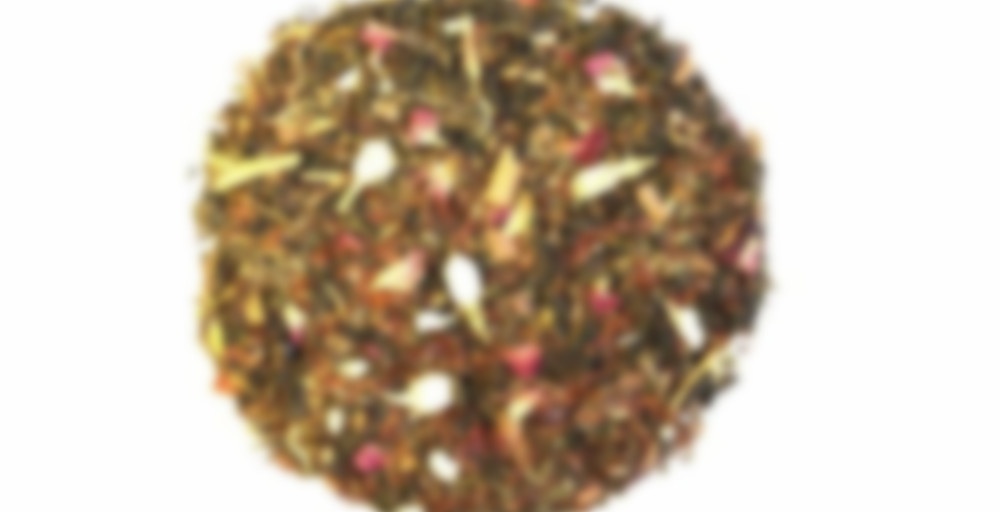 by Naked Teas Galore
71
You

With the Rooibos Red blended with green tea, peppermint and spearmint and some beautiful flowers makes it a perfect blend of Christmas colors and minty candy cane taste.

Naked Teas Galore Inc. is proudly a 100% Canadian owned business that started in late 2010. We are located at 20245 Industrial Ave, Langley, BC. Our processing, shipping and handling is done at this location. All of our products are certified organic and we take great pride in maintaining a first class food processing and packaging facility. Naked Teas Galore Inc. is certified organic by Pro-Cert for USDA and COR, (NOP/COR). There are rigorous rules and guidelines that must be followed on an ongoing basis to maintain proper organic certification. We import all of our products from around the World. Our company policy requires all food handlers to obtain Food Safe BC Certifications. We are also members of the Tea Association of Canada. We have two Certified Tea Masters. We carry a very good selection of over 200 organic loose leaf teas, matcha, herbs/spices and tea accessories. Some of the teas are inspected and packaged only, while others are inspected, blended and packaged at the Langley facility. We strive to purchase only the highest quality of products. Our teas that are packaged for retail sales are sealed in a foil bag to maintain freshness. One of our goals is to have only the best premium organic loose leaf tea that is blended and packaged with care to ensure the highest quality. We accept smaller orders from 1lb to larger orders - 100kg++. Naked Teas Galore is proudly Canada Organic Regime (COR) and USDA Certified.

I’m hesitant to try this tea, only because I’ve had little luck with anything so far from Naked Teas Galore. Yet in my super-obsession, I’ve decided making room is more important – and thus when this fell down, it was my choice for the evening. Oh yeah, and a green/rooibos blend, which should be interesting for sleep this evening.

In the bag this did smell like a creamy candy cane, with a hint of floral notes. Steeped, it tastes mildly minty for the first cup or so. Slowly it evolved into something a bit creamier and decadent, but it really wasn’t great until I added some Truvia. Then, it really did become a minty, creamy candy cane, and likely better if I was willing to add some cream/milk/soy to it.

I doubt I’ll restock this, however I’m sure I’ll manage to drink it down.

The dry leaves of this smell really lovely- I could instantly detect the notes of peppermint, rooibos, and rose. As stated before, I’m not the biggest drinker of rooibos tea, but I will always try something once.

Steeped, the taste remains very similar to the dry nose scent. The peppermint was much milder than I had expected, so I kind of feel like the title of this tea is misleading. I definitely did not feel like I was drinking a candy cane. Nevertheless, I was impressed with how well the rooibos and peppermint and floral notes blended together. Overall, I wouldn’t buy this for myself personally, but it is a nice tea. Just not a personal “must have.” Thanks to MissB for sending a sample my way.

Oh, I’m glad you tried it. It’s an odd tea, and I’ve had varied results with Naked Teas Galore. This one… well I found it better sweetened.

MissB shared this one with me, although I’m afraid it’s not going to be something for me, really. It has spearmint in it, which I tend to find rather too toothpaste-y and also jasmine which I plainly just don’t like. So… But I shall try to keep an open mind!

I have to say, I don’t find it a very nice smell. It reminds me mostly of soap, which I believe must be because of the floral element. I’m not keen on flowers on my tea, and to be honest, I’m generally not keen on flower-smells in general. Not even actual flowers. Sometimes people around me can go ‘ooooh doens’t that smell lovely?!’ and I’ll sit quietly to myself thinking it stinks to high heaven. Geraniums fall into that category for me. We have some outside and they are forbidden entry to the house on account of reeking. Blech and blech again, says I!

So flower perfume? Frequently not going to score many points with me.

After a bit the flower perfume and soapy associations go away though and it smells more minty. Primarily spearmint, unfortunately, but I can also pick up the green tea and the rooibos underneath.

To my relief, I can’t actually taste the jasmine much. There is a bit of it around the edges that I don’t much like, but it’s not bad. There is a great deal of mint, particularly spearmint, but that was to be expected with a name like that.

Apart from that I can pick up the green and rooibos again, and also a bit of cinnamon, particularly on the aftertaste. Rose and rosehip seems pretty much absent, but that doesn’t bother me.

It’s far more drinkable than I had anticipated, but I won’t cry over the fact that I can’t have it again.

Ha, I think geraniums are definitely a love or hate floral anyway.

This company had a booth at the local tea fest a couple years ago and I wasn’t impressed with any of their stuff, so I’d say you’re definitely not missing out.