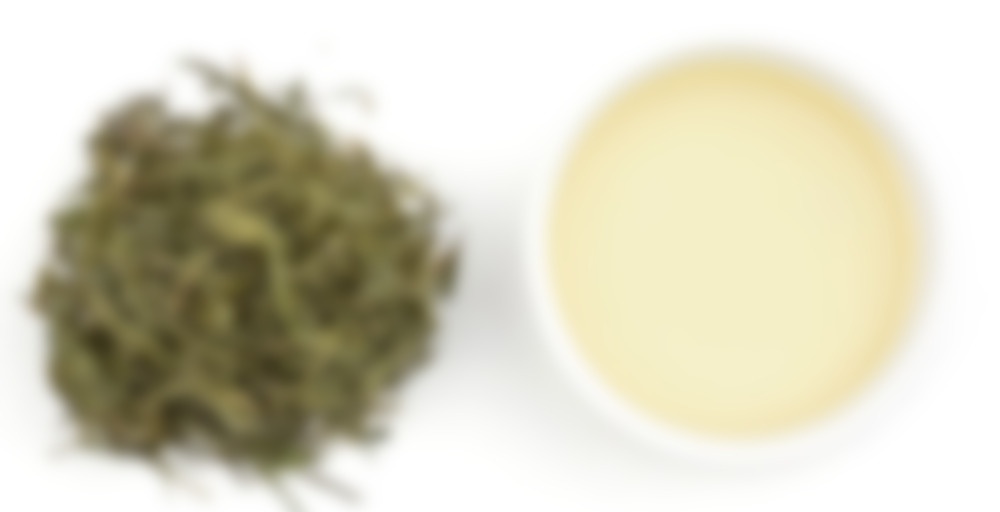 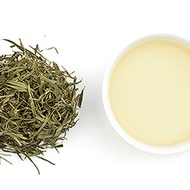 From My Cup of Tea (Montreal)

About My Cup of Tea (Montreal) View company

From Jillian – thanks girl!

This is some CRAZY Leaf Tea right here!

The liquid color is yellow-green and smells like veggies. It tastes like the outside or skin part of a zucchini…it has a sweeter finish.

Best than I thought it would be

Actually ‘zucchini peel’ is probably a pretty apt description of the taste – I can’t stop thinking of hay though.

“Best than I thought it would be”? LOL

I was expecting a finer-leafed tea, not something with leaves the length of my finger. It wouldn’t fit into my tea scoop and I don’t own a scale sensitive enough to measure by weight, so the amount I used was pure guesstimation.

It smells like boiled hay pure and simple – it makes me feel a bit like a horse or something. XD It tastes rather like boiled hay too – sweetish, grassy, and fairly mild, although that might be due to the amount I used rather than the natural flavour. I’m getting a hint of the same tang I taste in the bamboo shoots that are sometimes added to stir-fries. I’m not a fan of bamboo shoots, but coming from the leaves it’s not as objectionable a taste.

According to the package bamboo tea is supposed to help cool the body and it actually seems to have helped a bit – though that might just be wishful thinking on my part – the weather here has been disgustingly hot for the past couple weeks. Hence why I haven’t been drinking much tea.

This is another gift from Jillian that came with my christmas card. At least I’m pretty sure it was. I think I need to invent some sort of filing system in the Bits’n’Bobs Basket or something to help me keep track of these things.

I’ve never heard of this before. I would never even for a moment have imagined that such a thing existed, or even that anybody out there would ever think of it.

The leaves appear to be pretty much just small dried bamboo leaves and indeed they aren’t fermented at all. Merely withered. You can forget about teaspoons and scoops and whatnot when measuring out an amount. In fact I ignored the concept of measuring entirely and just moved a small handful to the pot. It seemed easier.

They have an interesting aroma when dry. It’s not overwhelmingly strong, but it’s quite grassy and surprisingly sweet. I have never really made it a habit to go around sniffing at bamboo, but I hadn’t expected it to smell like this. I didn’t really have any expectations of the aroma, but this still struck me as unexpected.

After steeping it had a very pale colour with some of that radioactive glow-in-the-dark colour that you can also find in a good sencha. I didn’t get to get a good look at that though. As it turns out when I removed the strainer, my strainer is in need of some maintenance and so there’s a bit of contamination here. (This is a phenomenon (do-doo-dodoodo!) that I’ve seen before with greens, but have never actually had any effects on flavour that I could tell at all. So nothing serious, other than a few points off in presentation)

The aroma after steeping rather reminds me of that sticky rice pu-erh that Auggy shared with me. It’s got an uncanny note of rice to it. Rice and newly mowed lawn. The latter isn’t really all that strange, is it, considering bamboo is a species of grass.

It tastes rather like the rice pu-erh as well. It’s got a rice note and that sweetness from the dry leaves as well. I can only compare it to rice pu-erh weakly brewed and with too much sugar in it. I’m not getting any particular grassy notes out of it in the flavour, though. The flavour is very smooth and there is no hints of anything that might turn into bitterness.

I’m surprising myself by rather liking it. To drink it feels very like your average middle-of-the-road sencha. A bit weaker, perhaps, but very similar. I would prefer a real sencha, but this will do as well.

Wow, I really like how you have described this. As someone who has lived in areas with lots of bamboo (it can be something of a weed in the South Eastern US), I can say I have always enjoyed the way it smells when it is cut back. I think I’m going to put this on my list just because :D.

Thank you TeaEqualsBliss for sending me some of this tea.

This is pretty good. Tastes very vegetable-ish, but there is a soft sweetness in the background. Very light in flavor. Very much like a green tea, but not as stimulating.

I like this a lot more than I expected to.

I had 3 cups of it in a row in successive steeps at work today.

This tea is amazing looking dry. The picture does NOT do it justice. It is composed of 3/4 inch leaves rolled up so that they are fat little shiny logs with furry seams. They look so delicious I briefly considered eating them instead of soaking them.

Bamboo is the owner’s favorite green and I can see why. It is very flavorful. I will say that it is classically Chinese tasting; having an earthy, malty, robust flavor. It has another quality that I couldn’t fully place. In retrospect it was maybe crayons or freshly sliced rubber.

It won’t be replacing Dragon Well as my favorite green quite yet, but it is definitely in my top five.

Lowers body temp and rich in fiber and protein? Sweet!:)

This is the first bamboo tea that I’’ve ever tried, and to be honest, I bought it mainly beacause of its health benefices. This thing is filled with silica, which is amazing for nails, hair and skin! When I opened the bag, I was surprised to smell something faintly herbal and fresh. I expected it to be bitter, I have no idea why. I like to brew it a bit longer than the package says, as the leaves are very long and not a lot will fit in a cup at a time. Combined with the weakness of the taste, in my humble opinion it simply makes for a better cup when you leave it in slightly longer. As for the taste itself, although it is very mild, I grew accustomed to the soft, almost sweet aftertaste that it possesses and its refreshing vegetable-like flavor,even though I usually prefer more fragrant teas. I also find that it makes for a great, caffeine-free cold tea if you had a bit of a sweetener! Since this is the first bamboo tea that I’ve ever tried, I cannot compare it to a different brand but I always vouch for My Cup of Tea and this particular one seems really fresh and impossible to screw up, no matter how long you leave it in (although I did manage to burn it once oout of my very own stupidity), so I will probably repurchase once I’m done.