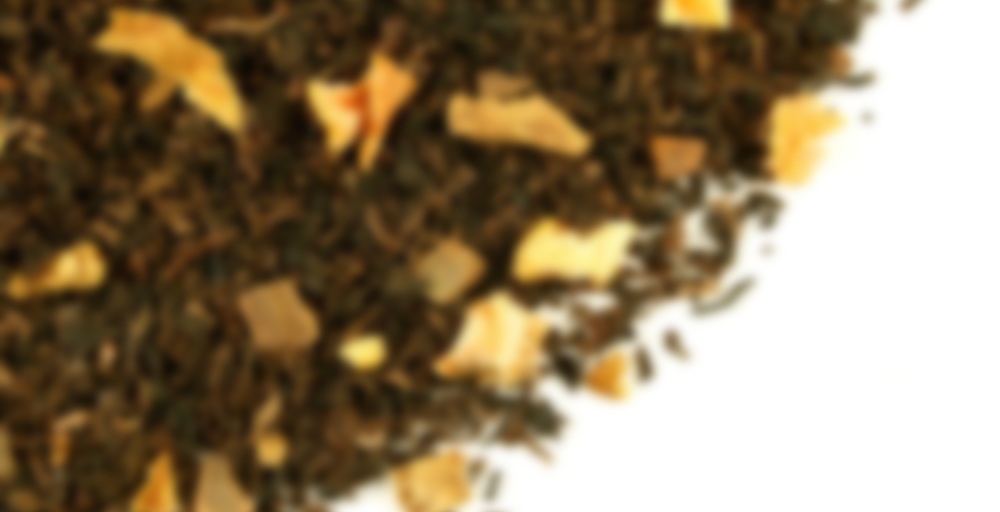 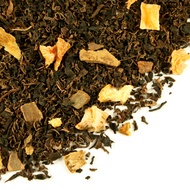 by Monterey Bay Spice Company
71
You

Like opening the oven, the smell of baking accompanies our Orange Spice tea! Starting with a warm and welcoming black tea, shavings of orange peel bring a splash of color to the dark rolled leaves. A Broken Orange Pekoe (BOP) is the base for this popular tea. Smoky cinnamon sweetness exalts the orange flavor for superior taste!

I’m not sure I remember who I got a sample of this from. DJBooth? Whoever you are, thanks for sharing!

Anyways, I was not in the mood for caffeine so I thought I’d go ahead and make this one. I was also hoping that this might be a tea that would take milk and sugar well because I was in the mood for something chai-like without actually being chai. Tasting this plain, I would say it would simply be over powered by any additions. The orange here tastes a bit stale, but I don’t know how old this is. The spice is weak and the black tea was not memorable. I was hoping for something that might be reminiscent of Christmas, but this isn’t really all that Christmas-y.

I think we will finish this tea easily since husband likes the fruity flavored teas. I think I might be able to drink this down with some honey. Normally, I only like honey in tea when I’m sick, but this tea could use some flavor modification.

When I got home tonight, there was an extra large package sitting on my doorstep. See, I was expecting a package from Monterey Bay Spice Company, from a groupon I had bought a while ago, but I had just ordered a bunch of samples of a lot of their teas, and this package was way too heavy to just be samples. Imagine my surprise when I opened it up to find a full pound of this tea in there! I looked at my receipt and the sample for this tea doesn’t have the same type of item number as the rest of the samples, which is probably the source of the mix-up, but I did only pay $1 for it. I had been kind of miffed that the shipping for this company is a flat $13, which seems high to me, but I suppose I got my money’s worth anyway.

So I have a lot of this tea. Is it any good? I didn’t even mean to order the decaf version! I decided to brew up a pot tonight to see. Fortunately, it’s definitely drinkable. It’s very, very orangey, with a somewhat more subtle spice compliment. Cinnamon, definitely, but also the kind of warm autumn spices that often accompany it, and none of them is very overpowering. The decaf black tea is inoffensive and hardly present in the flavor, but at least it’s not chemically (at least, not to me). Would I choose this tea to get a pound of normally? Probably not, but you can bet I was relieved when I took a sip and it was pleasant enough.