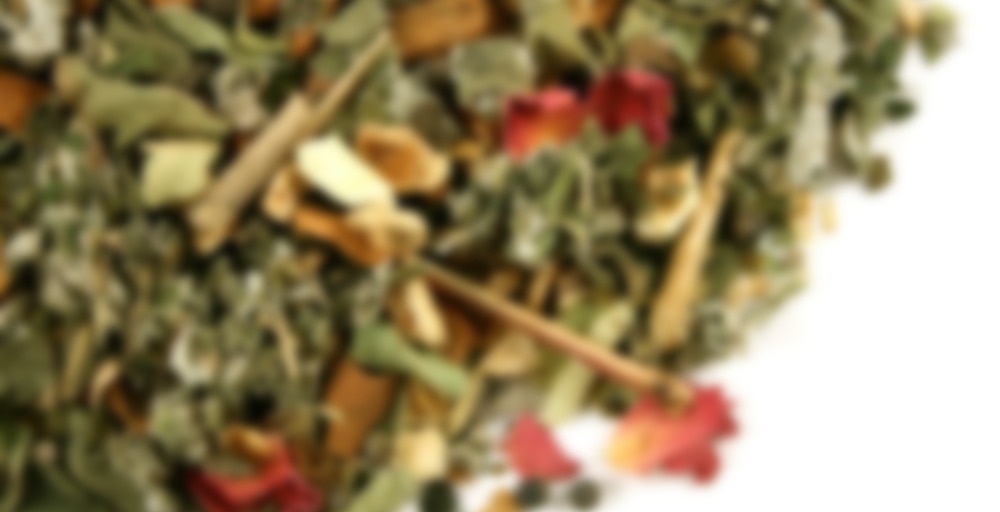 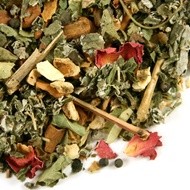 by Monterey Bay Spice Company
75
You

An all-natural blend of herbs, the Wiccan Women’s Brew combines flowers, fruits, and leaves to achieve a balanced tonic for health and happiness! Rich in iron, this profusion of ingredients includes raspberry leaf, vitex, nettles, linden flower, and cinnamon. With fruity and floral notes of luscious lemon and radiant rose, the final lingering sweet note is stevia, one of nature’s sweetest plants! Drink deeply from this magical brew!

I don’t expect this to be a magical cure or anything, but one of its main ingredients is raspberry leaf which I’ve drunk before on its own for hormonal issues and found it helped somewhat. I was a bit leery of the ‘vitex’ or chasteberry which, despite being touted as a cure-all, can also have some unpleasant side-effects – usually only in high, continuous does however, so I figure I’m pretty safe.

The dry tea smells like cinnamon while it changes to a fruitier, more herbal scent as it steeps. The cinnamon is still there in the flavour though it’s fairly mild. In general the tea tastes sweetly herbal with slight hints of sweet lemon and berry. Unlike many of these ‘functional’ teas this one doesn’t taste nasty, which I can appreciate.

Okay, so does it actually help with the PMS? Cause I’m really needing something that can calm those symptoms down.

Vitex is my hero. It’s the only thing that makes that TOM not make me want to die, among other things. Never had it in tea-form though!

I usually don’t care for herbally herbals – only minty ones.
I will usually try almost all teas at least once, however.

So…I have been pushing this one to the back of my stash for a while – only because of that.

It’s actually not too bad, considering the herbally aroma and contents. I can taste the floral, herbal, and lemony notes. Thankfully the cinnamon isn’t getting in the way!

This is a tea that all women should have in their collection! It was given to me by a fellow witch friend when I was cramping on my period and it caused them to go away! She recommended that I drink the tea once everyday for the 3 days before it comes on and I won’t have any cramping or other typical period problems. Smells and tastes very cinnamony and fruity.