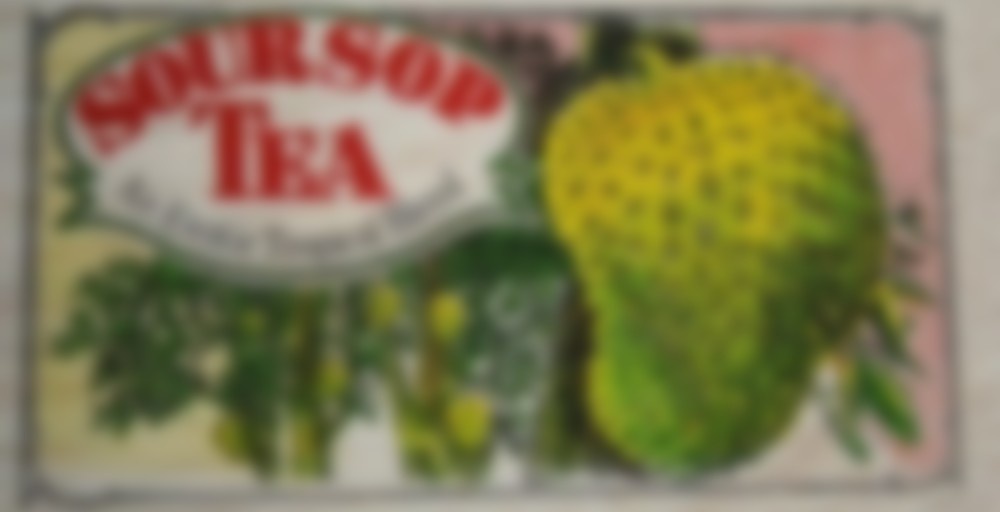 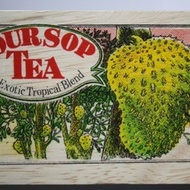 I’m new to Steepster and writing reviews but I’ve lurked for a while (usually when deciding whether or not to purchase yet another box of some obscure tea for my collection) but thought it was a good time to start and this tea is as good as any for my first review.

I purchased this about a month ago and really enjoyed my first few cups. Soursop is one of those things that has lurked on the periphery of my consciousness for several years without ever trying it. I tended to confuse breadfruit, durian, jack fruit and soursop but I was vaguely aware of a similarity of taste and appearance. Soursop doesn’t have the repugnant aroma that durian does, but there is an immediate sweet – arguably, a sickly sweet – scent and this is present in the tea.

This was steeped with water off the boil, two teaspoons of loose leaf tea in approximately 400 mls of water for just over four minutes and then left for a few minutes to cool and for the flavours to develop. I haven’t yet experimented with different times and ratios, rather I used my default method of brewing tea. The tea is a light amber, and the tea base is medium strength, slightly bitter but with very little astringency. The immediate taste is the black tea with the strong sweetness of the soursop becoming evident after a few moments. It is similar in taste to Juicy Fruit (jackfruit is the alleged “secret ingredient” in the gum) but unlike JF the tea doesn’t loose it’s flavour after 30 seconds . . . There is a slight citrus ‘tang’ to each mouthful as well.

In all honesty, I really only bought this for the dinky little wooden boxes that the Mlesna teas come in, and also for the novelty of soursop but really liked this tea. I don’t think I would enjoy it with milk and it definitely doesn’t need sugar. It will make a nice iced tea as well so I will have to experiment with that at some point this summer. It is very similar to the Mlesna Blue Lady blend and I’ll post a review when I brew it next. I understand that Mlesna go by the name of Metropolitan Tea Company in the US and Canada but I haven’t seen Soursop tea of any brand outside of Australia and South East Asia.

Overall, I would give it a high score with a few points taken off for the slightly bitter tea base. This is not an every day tea – in the last month I’ve had it on about a four or five occasions – and I can’t imagine it would be a special occasion tea as the tea base is slightly bitter and the flavouring is not exactly “refined” but it’s a nice addition to a well stocked tea cabinet when you want something a little different especially if you have a somewhat jaded palate. I wouldn’t serve it with food as again the flavouring is too strong, except for maybe junk food, etc.

I tried this tea – I have stage 4 breast cancer – and my mom tried it as well – she has diabetes.
We read lots of good things about graviola and were very encouraged.
1) Tea tastes awful. Like dirt or grass. It’s positively disgusting. (I drank it au naturel, no sweeteners).
2) I had itchy skin, severe headaches, very low blood pressure causing extreme exhaustion (no energy to even stand). I’ve been on it for a week.
3) My mom had a strong allergic reaction, hives and severe itching up and down her arm, exhaustion, no energy. She took benedryl to feel better. She’s been on it for a week too.
Because of this, we are discontinuing the use of this tea. I hope others had a more beneficial effect from taking this tea. For me, not so much. For my mom, not so much. Best of luck in your future treatments.