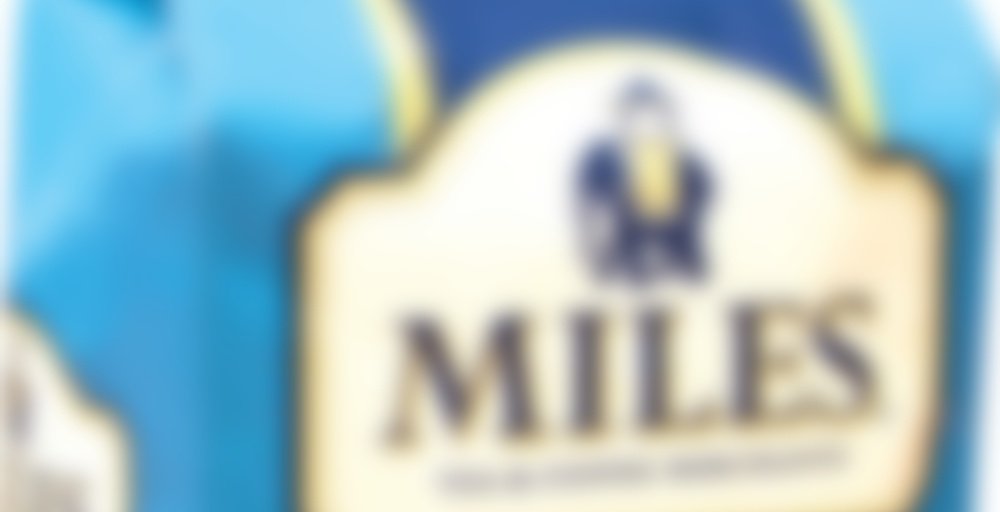 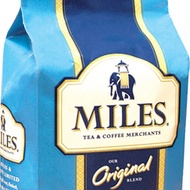 Our Original Blend, created by Derek Miles, has a high Assam content, for strength and colour, together with high grown Kenya teas, for flavour and brightness, to produce a mainstream blend of exceptional quality.

Additional notes: I’m having more of this one today, because I just wanted a plain black bready tea. (craving.) I guess I’m getting overrun by samples both from generous Steepsters and companies sending them to me. All very appreciated! (I will definitely be overrun by samples when my Zen order gets here.. I only bought samples for the sale going until April 20…many many samples!) But luckily I have a list of all the new-to-me teas I have to write tasting notes for, so that helps! But for now, I’ll just go for the simplicity of this tea…

This is a strange looking assam – it’s ground completely up into little bits! It makes me think of coffee. I had it before and wasn’t wowed by it, so I thought I’d try cold-steeping it overnight. It wasn’t enough – I needed a touch of agave nectar and now it’s drinkable. Far from amazing, but drinkable! :)

Still it won’t go to waste and I’m happy to have tried it. Thanks KittyLovesTea!

Is it powder or tiny balls?

A gift from my mother from a holiday.

My husband and I are off to a funeral later on today and I felt it would be a grand time to try this out. We could both use a good strong cup of tea.

The tea itself has been blended down to very small bits of leaves that look almost like dark mixed herbs which I am lead to believe will decrease the steeping time (slightly).
I used one and half tea spoons of tea per cup (as we wanted a strong cup) and have only used a little bit of milk (no sugar).

The tea is strong in flavour but freshly mellow and not bitter and a little nutty. Great for your standard black tea and perfect to serve to friends and family. Even after half the cup there is no bitterness and the strength remains the same so it is very balanced. Lovely.

I keep this because occasionally people ask me for ‘normal’ tea. It’s very surprisingly good, has a wonderful roundness of flavour, and is balanced enough to drink weak as well as dark. The leaves are cut to be absolutely tiny but very uniform, so it steeps quickly into a builder’s tea. It lacks bitterness, can be bought in and around Somerset from corner shops, and is a favourite of a friend of mine to drink dark with milk and biscuits.

From the queue. I think this must be the one.

Another from the EU TTB, round 2.

I’m not sure what makes this one ‘original’ as such. It’s CTC which I find a little off-putting because I have such varied experiences with it. Sometimes it’s just impossible to brew in a drinkable way. And when I say ‘drinkable’ I mean without having to use milk or sweetener or anything at all of any sort. A tea that requires repairing after brewing is just not a good tea.

I’ve ended up with something that is as black as coffee and smells strongly of honey and malt. Especially honey and also a bit like raisins. It’s that sort of slightly fuzzy feeling just around the edge of the smell that honey has. It’s quite a full-bodied scent but it also smells somewhat astringent.

This may require some experimentation, which is not something that I generally have much in the way of patience for. I’ve worked out at what leaf amount and steeping time the vast majority of black teas work for me, and anything that falls outside of that category just tends to be unnecessary work. You can’t really do that with CTC, though, because it’s so vastly different from the larger leaf sizes, and you never know how it’s going to behave. So I approach with caution.

I still always start out with the conservative approach of my accustomed parameters, though, because you have to start somewhere. And this is what has ended up with a rather astringent note to the aroma.

It isn’t actually that astringent, though. Barely at all, in fact. The flavour is very close to the aroma. It’s strongly honeyed and malty, and it leaves a honey-y aftertaste on the tongue from just one sip.

As I sip, the astringency shows up, but it’s still only very little and mostly on the aftertaste. I can, however, sense that honey-note all the way up in my sinuses, very much confirming that the sense of taste cannot exist without the sense of smell.

It’s quite a strong tea, and if you prefer to take your tea with milk, then this should carry it nicely. I prefer not to, though, so I should probably have used a wee bit less leaf, as the bitter notes build up as it cools. Not enough to be ruining the cup, mind, but enough to be noticed.

I very much enjoy all this honey. If I didn’t know better, I’d think it was flavoured with the stuff.