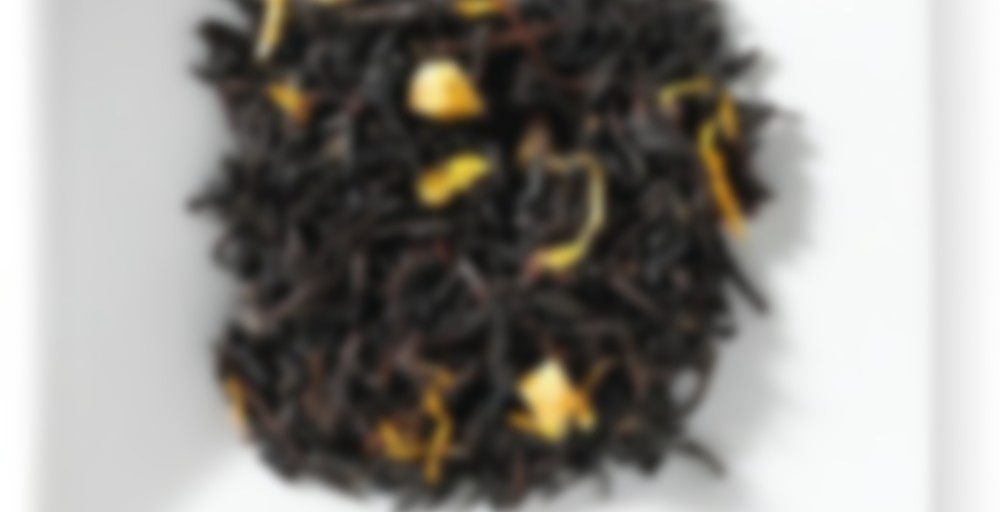 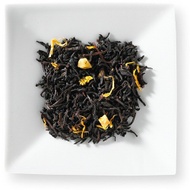 by Mighty Leaf Tea
72
You

Black tea blended with Brazilian fruit, the Brazilian Fruit black tea is reminiscent of a fine dessert liqueur that intoxicates with its smooth and delicate flavor profile. Scented with chunks of passion fruit from Brazil, and a base of Chinese black tea this blend is slightly sweet and can be enjoyed throughout the day.

And it’s a belatedly posted sipdown!

Slightly bitter black base, a bit of earthiness, slight sweetness, a tiny bit of fruit. I steeped 3 min in 80 deg C water and tasted a lot more bitterness and astringency than expected. Maybe hotter water and a shorter steep time? It was pretty meh.

Whoot, it was definitely an exciting day to find a box of teas waiting for me at home when I returned from work! My roommate couldn’t believe her eyes, she thought I had bought like 20 lbs of tea for myself, lol. I had to explain the concept of her travelling tea box to her.

It was rather overwhelming trying to decide which tea to sample first, my breakfast ended up getting cold! I chose this one on a whim, was looking for something black but with twist. Brazilian fruit sounded pretty good. Unfortunately I’m not getting much from it. It might have been a bit older, because I didn’t get much in the way of dry leaf aroma either. The tea has minimal favour and body, and has a slight soapy aspect to it. Not the greatest start I suppose, but there is so much more to try!

Now I have to go buy small ziplock bags to add my own tea, I wonder where I can find some. I’m thinking a craft store like Michaels?

Hurray—it got there in record time! Do let us know where you find those tiny bags. And have fun with the teas.

Yeah I was really surprised! The tracking number indicated it might be arriving on the 12th, so it really was record time.

I was really surprised how quick it got to you, especially since places out west have had snow storms!

I was looking for something fruity in the box to try cold brewed and low and behold there was this both oddly specific and at the same time nondescript tea kickin’ around so I figured why not.

I had a really, really hard time placing the fruit flavour in this. At first I thought maybe some sort of strawberry (or other berry) and currant combo? Then I was thinking more on the stonefruit side of things. Turns out it’s passion fruit!? I mean, this was tasty and I guess looking back on it I sort of see that but it’s definitely not any sort of defined passion fruit flavour nor anything comparable to other passion fruit blends I’ve tried.

The base was pleasant enough; I’m gonna guess Ceylon black tea just ‘cause of the overall floral flavour and sort of mild/almost neutral malt sort of flavour that’s just barely present and mostly lends itself to be an non-intrusive canvas for the added flavours.

Nice enough to try; enjoyed the brew but overall I’m guessing will likely be forgettable.

EDIT: Apparently the base is some sort of Chinese black; curious what type because the profile is much like Ceylonese blacks – but ultimately doesn’t change my opinion of the tea.

I bought this tea because I just assumed that the fruit would be maracuja and I think that vaguely it is. I just wish that the fruit flavour came through a bit more intensely.

I really liked this one! The flavoring is the most genuine fruit flavoring I’ve ever tasted. I’m not sure which fruits are Brazilian, but this tasted like stone fruits and watermelon to me. Very sweet, but not cloyingly so. Very refreshing; must try it as an iced tea.

Thank you Evol Ving Ness for the sample!

This was fruity but I wasn’t able to pick out the specific fruit until I read the description here. It tasted fairly natural though and not too sweet. Very enjoyable. I will ice or cold brew it next time

Though I wish the wonderful aroma made it from leaf to glass, this is still a great tea with a pleasant sweetness.