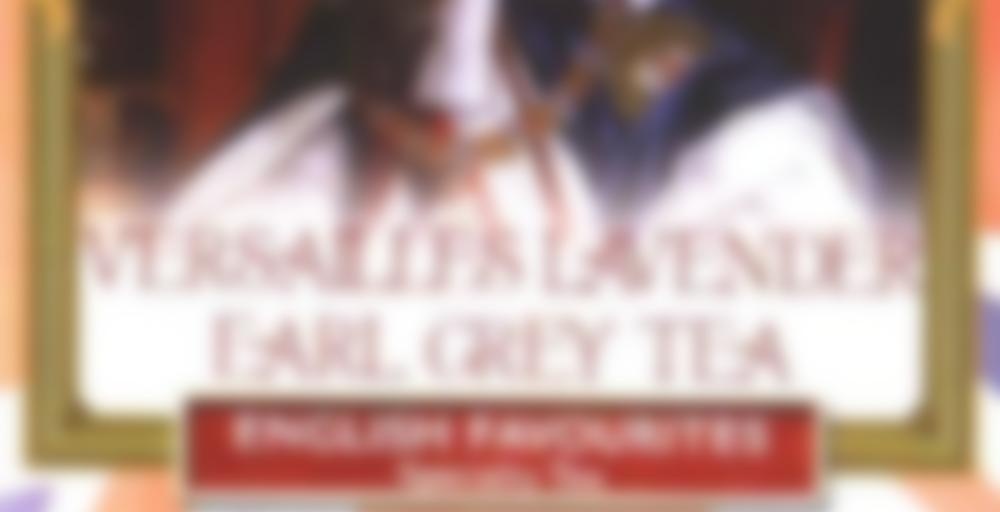 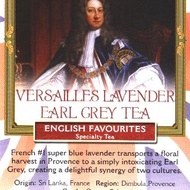 by Metropolitan Tea Company
76
You

This tea has a delicate floral bouquet that compliments the citrus character of Earl Grey’s bergamot beautifully.

of the 14 teas i tasted today, this was among the top 3. the bergamot was very subtle but the lavender was just right.

hm, i wonder how it will turn out if i mix it with some EG?

i like it but buy it? maybe. will have to try other lavender EGs :)

thanks to Azzrian for this sample!

I really love the idea of lavender Earl Grey because, well, I like bergamot and I like lavender, so why not? But I have found that lavender is a tricky beast in teas, even for someone who loves florals, so finding the right blend is difficult. Here’s another lavender Earl Grey for me to try, this one from a swap with aisling of tea. Thanks!

The dry leaf on this one smells pretty nice, but I find that’s usually the case with these teas. Steeped, I get strong black tea aroma with some lavender and a hint of bright bergamot. The scent of this tea reminded me of something from my childhood, and I finally placed it: the smell of the soap while I was washing my horse. I know, not the best olfactory association for tea. :P So I didn’t expect to like this tea, but I was surprised. The taste actually isn’t soapy, as long as I can get past the aroma. The black tea base is really smooth, and the lavender is herby and fairly strong. The sips I take vary from slightly bitter to rather pleasant, which is a bit weird to me. I wonder if I need to steep it a slightly shorter time to bring the lavender down just a notch. As far as the Earl Grey portion of this goes, I don’t get a lot that says “hey I’m an Earl Grey”, but you know there’s something there that keeps it from being just a lavender black. I don’t think this one is completely successful as a lavender Earl Grey to me, but it’s also not a bad tea all around.

Boiling 3 min, 0 sec
Yours I Like This
9 likes
4 comments
Edit

You’re so right about lavender being tricky to add to teas. I like it by itself, or mixed with jasmine. That way you don’t feel like you’re rinsing your mouth with soap – a punishment I had growing up for dropping the F bomb one too many times! ;)

I’m so glad you like it! It’s always satisfying to see teas you don’t care for to go to someone who will actually enjoy them!

@KeenTeaThyme & Amy oh: Yeah, I usually love florals and don’t find them soapy or perfumey when others do, but lavender befuddles me! I think the addition of jasmine does help and I think I may try to add some the next time I brew this

@aisling of tea: definitely true. thanks again for the swap!

Thanks to ColumbiaKate for the sample! I think I found the right tea… if not, lemme know and I’ll move things around.

I’m not normally a big earl grey fan. The term “watery fruit loops” is often a description I use. But I love lavender tea so I thought I’d take a risk on this.

When I sip, I only taste a subtle hint of lavender and plenty of bergamot (normally I am not a fan) and citrus. But somehow the medley works. This reminds me of the Lady Earl Grey from Twinings. It’s light on the Earl Grey (good riddance!) but still tastes bright and citrusy. The lavender complements the citrus just fine.

I may actually gasp purchase this one. It’s bold and strong, but the EG isn’t all in your face. Great for this morning – Monday morning, getting back into the work mode…

Yes, you got the right tea. Your comments on lavender is why I selected that as one of your teas. The aroma of lavender is strong, but the taste is just right. I do like how it tempers the Earl Grey. This tea has a good following at the teahouse. I could never take it off the list.

I agree. I’m not an EG fan, but this tea is good – the lavender is a great balance. Now I’ve got to try a jasmine hinted one! :)